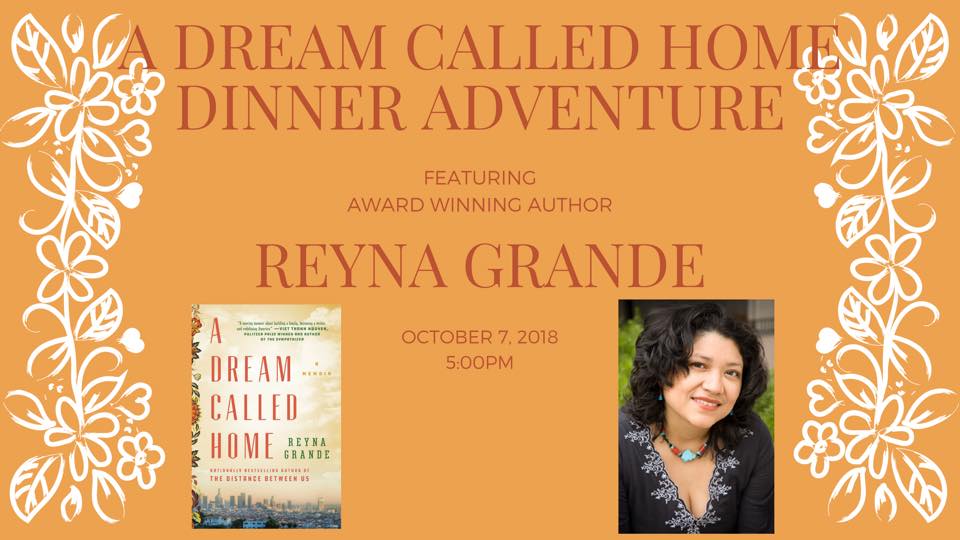 As we dine, Reyna will move us with her story about her quest to find her place in America as a first-generation Latina university student and an aspiring writer determined to build a new life for her family, one fearless word at a time.

Your Adventure includes chips and salsa appetizer, a delicious Mexican dinner, a soft beverage, dessert, tax, gratuity, author presentation, book signing, and the chance to meet the author up-close and personal in an authentic and intimate setting.

We believe that Reyna’s story is so important that it needs to be shared in order to inspire countless of other students  from disadvantaged backgrounds. So, we are giving all our great Adventurers the opportunity to sponsor a student from Reality Changers, either by providing a ticket for them to attend this event or to buy them a copy of Reyna’s book! We know that by spreading Reyna’s story, we can touch the lives of students and inspire them to reach for the stars!

Reality Changers transforms lives by providing youth from disadvantaged backgrounds with the academic support, financial assistance, and leadership training to become college graduates. If you would like to help, just select one of the Reality Changers options at the bottom of the page. 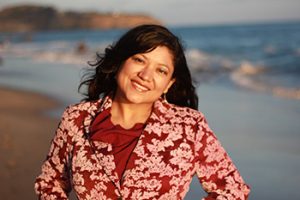 Reyna Grande is an award-winning novelist and memoirist. She has received an Maerican Book Award, the El Premio Aztlán Literary Award, and the International Latino Book Award. In 2012, she was  finalist for the prestigious National Book Critics Circle Awards, and in 2015 she was honored with a Luis Leal Award fo Distinction in Chicano/Latino Literature. Her works have been published internationally in Norway, South Korea, and Mexico.

Born in Iguala, Guerrero, Mexico, Reyna was two years old when her father left for the U.S. to find work. Her mother followed her farther north two years later, leaving Reyna and her siblings behind in Mexico. In 1985, when Reyna was going on ten, she left Iguala to maker her journey north. She entered the U.S. as an undocumented immigrant, and later went on to become the first person in her family to graduate from college.

A Dream Called Home depicts this journey. During this difficult journey and with so few resources at her disposal, Reyna found refuge in words, and it was her love of reading and writing that propelled her to rise above until she achieved the impossible and was accepted to the University of California, Santa Cruz. Although her acceptance was a triumph, the actual experience of American college life was intimidating and unfamiliar for someone like Reyna, who was then once again estranged from her family and support system. Once again, she found solace in words, holding fast to her vision of becoming a writer, only to discover she knew nothing about what it takes to make a career out of a dream.