An Evening with Olympic Skier Lindsey Vonn in Conversation with Angela Duckworth: a Virtual Adventure by the Book 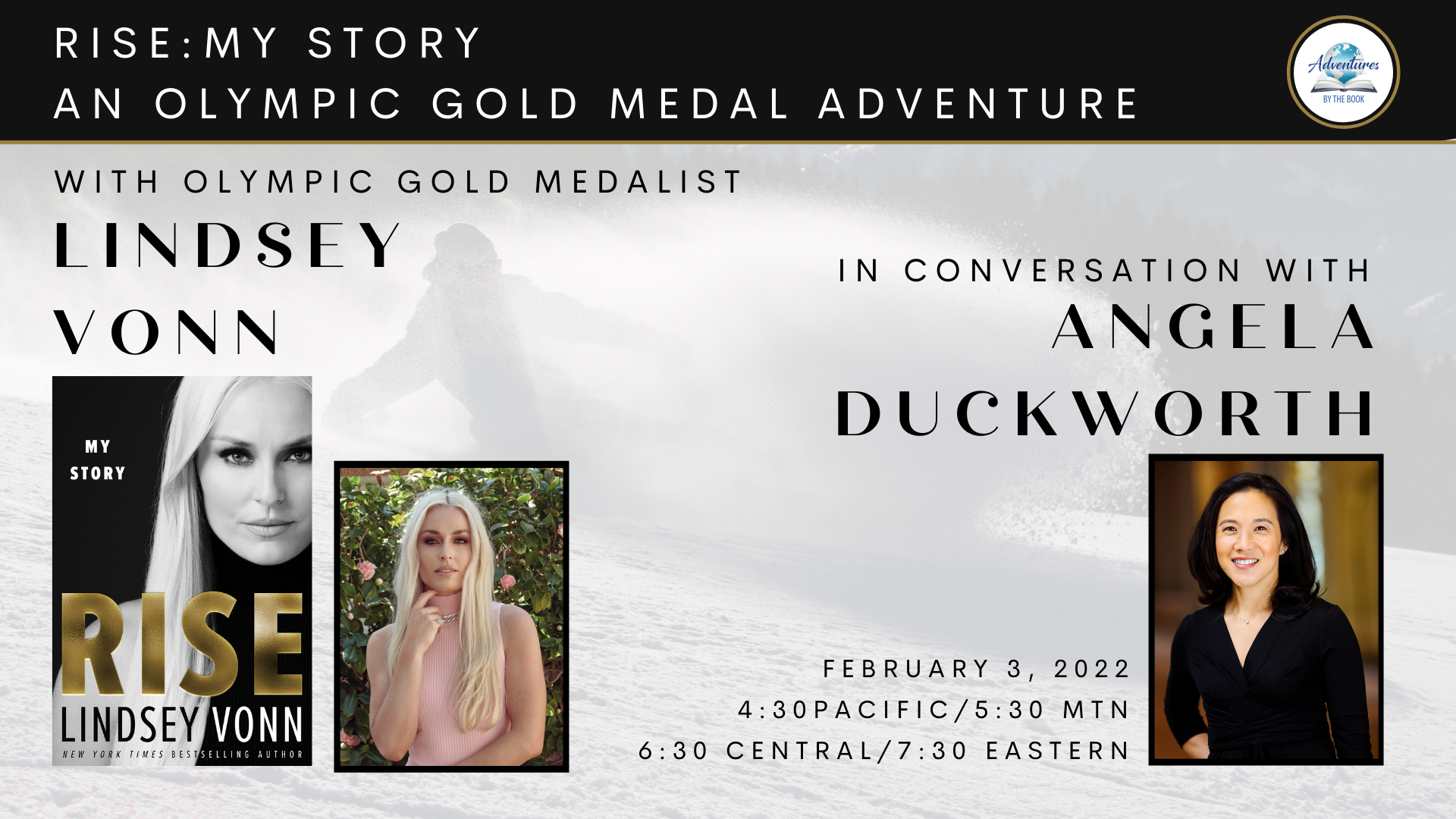 Now, the first ever memoir from the most decorated female skier of all time, revealing never-before-told stories of her life in the fast lane, her struggle with depression, and the bold decisions that helped her break down barriers on and off the slopes.

Just in time for the 2022 Winter Olympics, join us for an incredible opportunity to hear from the most decorated female skier of all time, Lindsey Vonn, as she discusses her new memoir Rise: My Story. In a moderated conversation with NYT bestselling author Angela Duckworth, Vonn will reveal never-before-told stories of her life in the fast lane, her struggle with depression, and the bold decisions that helped her break down barriers on and off the slopes.

Your Adventure includes an autographed (while supplies last) hardcover copy of Rise: My Story, tax, shipping within the U.S. and Canada, a virtual chat with Lindsey Vonn in conversation with Angela Duckworth, and Q&A. For event admission, simply purchase a copy of Rise: My Story below and we will send you a link to access the session. 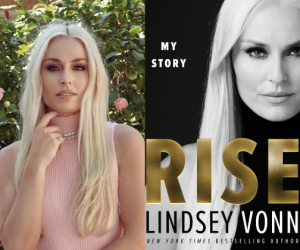 Lindsey Vonn is an Olympic gold medal-winning alpine ski racer and a member of the U.S. Ski Team. The most successful female skier in history, she holds four overall World Cup titles. She was also an NBC news correspondent during the 2014 Winter Olympics and is the founder of the Lindsey Vonn Foundation, which works to empower and enrich the lives of girls and young women. She lives in Park City, Utah.

In Rise: My Story, Vonn shares her incredible journey for the first time, going behind the scenes of a badass life built around resilience and risk-taking. One of the most aggressive skiers ever, Vonn offers a fascinating glimpse into the relentless pursuit of her limits, a pursuit so focused on one-upping herself that she pushed her body past its breaking point as she achieved greatness.

While this iconic grit and perseverance helped her battle a catalog of injuries, these injuries came with a cost—physical, of course, but also mental. Vonn opens up about her decades-long depression and struggles with self-confidence, discussing candidly how her mental health challenges influenced her career without defining her.

Through it all, she dissects the moments that sidelined her and how, each time, she clawed her way back using an iconoclastic approach rooted in hard work—pushing boundaries, challenging expectations, and speaking her mind, even when it got her into trouble. At once empowering and raw, Rise is an inspirational look at her hard-fought success as well as an honest appraisal of the sacrifices she made along the way—an emotional journey of winning that understands all too well that every victory comes with a price. 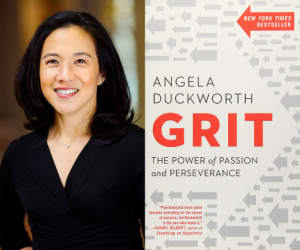 Angela Duckworth is the founder and CEO of Character Lab, a nonprofit whose mission is to advance scientific insights that help children thrive. She is also the Rosa Lee and Egbert Chang Professor at the University of Pennsylvania, faculty co-director of the Penn-Wharton Behavior Change for Good Initiative, and faculty co-director of Wharton People Analytics.

A 2013 MacArthur Fellow, Angela has advised the World Bank, NBA and NFL teams, and Fortune 500 CEOs. Angela’s TED talk is among the most-viewed of all time.

In her book Grit: The Power of Passion and Perseverance, psychologist Angela Duckworth shows anyone striving to succeed—be it parents, students, educators, athletes, or business people—that the secret to outstanding achievement is not talent but a special blend of passion and persistence she calls “grit.” Drawing on her own powerful story as the daughter of a scientist who frequently noted her lack of “genius,” Duckworth describes her early eye-opening stints teaching, business consulting, and neuroscience, which led to the hypothesis that what really drives success is not “genius” but a unique combination of passion and long-term perseverance.

In Grit, she takes readers into the field to visit cadets struggling through their first days at West Point, teachers working in some of the toughest schools, and young finalists in the National Spelling Bee. She also mines fascinating insights from history and shows what can be gleaned from modern experiments in peak performance. Finally, she shares what she’s learned from interviewing dozens of high achievers—from JP Morgan CEO Jamie Dimon to New Yorker cartoon editor Bob Mankoff to Seattle Seahawks Coach Pete Carroll.