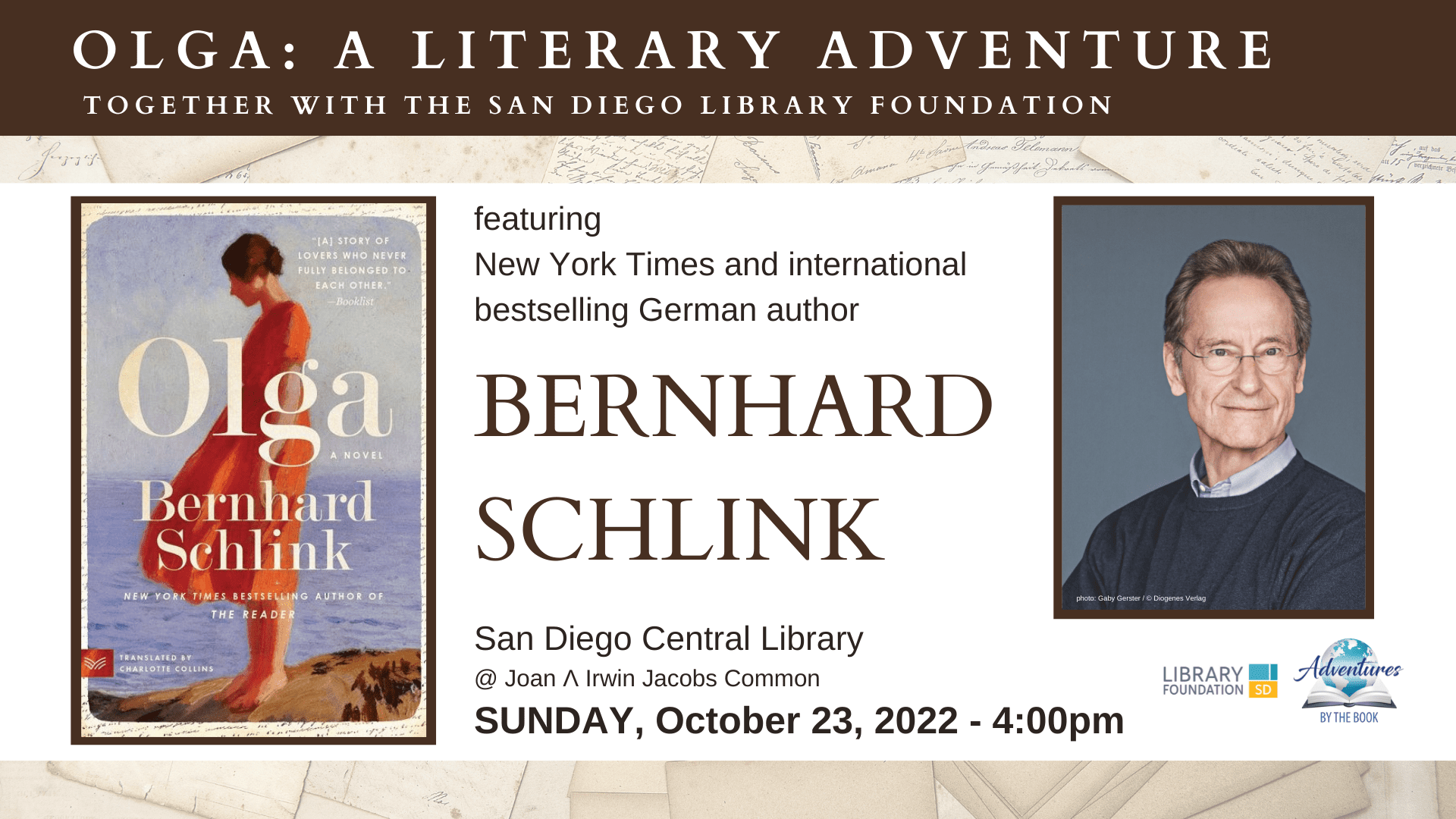 New York Times and internationally bestselling German author Bernhard Schlink stormed onto the U.S. literary scene when his book The Reader (1997) was selected as an Oprah pick and made into an Oscar-winning film featuring Ralph Fiennes and Kate Winslet. Since then, he has continued to write powerful and disquieting books that raise moral questions about Germany immediately following WWII.

Now, together with the San Diego Central Library @ Joan Λ Irwin Jacobs Common, we are pleased to invite you for a live and in-person presentation by this renowned German author in one of his few U.S. stops on book tour. Your Adventure includes an afternoon presentation of Bernhard’s powerful new novel, Olga, a story of love, passion, and history, Q&A, book signing, and the opportunity to meet this internationally bestselling author.

This event is free and open to the public. However, make sure to pre-order your copies (below) of Olga, The Reader and The Woman on the Stairs for pickup and signing at the event. 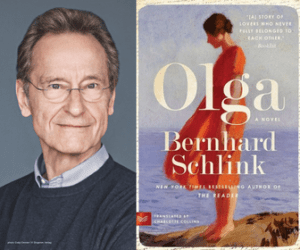 Bernhard Schlink was born in Germany in 1944. A professor emeritus of law at Humboldt University, Berlin, and Cardozo Law School, New York, he is the author of many internationally bestselling novels, including The Reader, which became an Oscar-winning film starring Kate Winslet and Ralph Fiennes, and The Woman on the Stairs.

His latest novel, Olga, a story of love, passion, and history, was a #1 international bestseller and follows Olga from late nineteenth-century to modern-day Germany. Orphaned at an early age, Olga lives with her grandmother in a small Prussian village. Unloved by her grandmother and different from the local children, Olga grows up a lonely soul, until she meets Herbert, the son of a local aristocrat. Olga is quickly drawn to his adventurous spirit.

When Herbert joins the army, he falls in love with his missions, and Olga sends him frequent letters to cope with her sense of loneliness, until one day, Herbert embarks on a quixotic mission into the Arctic, and Olga’s loyalty is put to the test.

Bernhard, a master storyteller, who arguably may be Germany’s greatest living writer, seamlessly shifts between different viewpoints and forms and tells the story of a woman who, like many of her generation, is forced to live below her capacities, next to men who live above theirs. Yet Olga manages to cope with the hardships of her era with strength, dignify, and courage. And she loves against all odds: passionately, desperately, wisely.

About the San Diego Central Library

The San Diego Central Library is a popular destination that connects our diverse community to free educational and cultural resources that will enrich their lives.