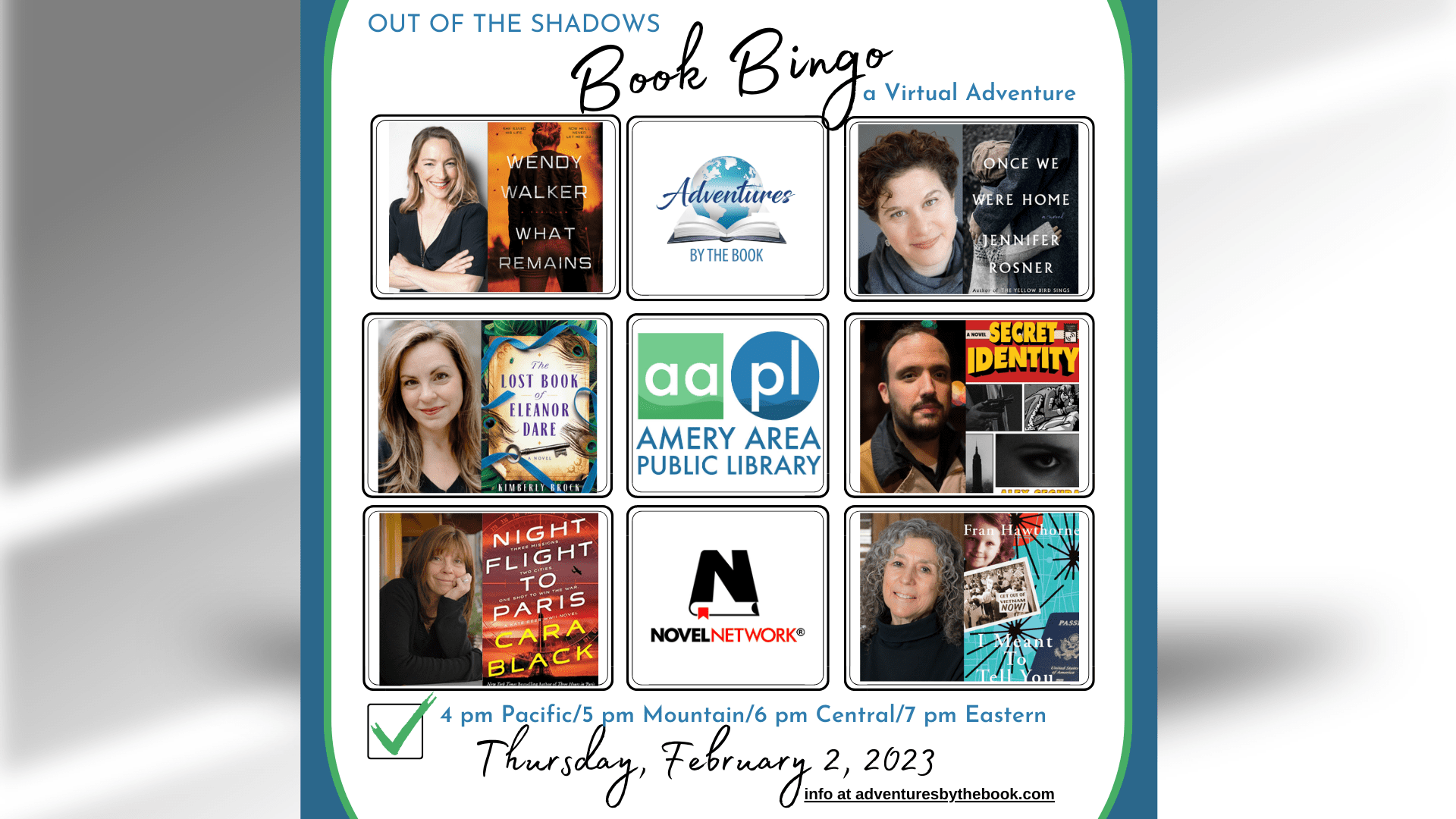 On Groundhog Day, Punxsutawney Phil may or may not predict six more weeks of winter, but we can predict at least six more weeks of great reading with our Book Bingo (Out of the Shadows) virtual Adventure, in partnership with Amery Area (Wisconsin) Public Library! If you are already familiar with our popular Southern California series that features NovelNetwork® authors, you will understand why we receive so many requests to expand the program nationwide. Pivoting to virtual events has made this not only possible, but offers up fun opportunities for exciting partnerships, participation by more of our over 150 book club favorite authors, and space to accommodate many more readers!

Join six fabulous authors who are coming out of the shadows and onto your to-be-read list! This free event features presentations by book club favorite authors: Cara Black, Kimberly Brock, Fran Hawthorne, Jennifer Rosner, Alex Segura, and Wendy Walker, an interactive virtual game of bingo, and fun prizes. All you have to do is show up (and why not invite your book club friends and fellow readers to join in as well) to learn about these great new reads!

Your Adventure includes a book discussion with all six authors, an interactive virtual game of Book Bingo, Q&A, prizes, and the opportunity to meet the authors via Zoom. Books may be ordered below for shipping within the U.S. and will include a signed bookplate.

See below for registration information. 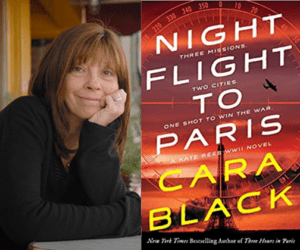 Cara has received multiple nominations for the Anthony and Macavity Awards, a Washington Post Book World Book of the Year citation, the Médaille de la Ville de Paris—the Paris City Medal, which is awarded in recognition of contribution to international culture—and invitations to be the Guest of Honor at conferences such as the Paris Polar Crime Festival and Left Coast Crime. With more than 400,000 books in print, the Aimée Leduc series has been translated into German, Norwegian, Japanese, French, Spanish, Italian, and Hebrew.

In her latest book, Night Flight to Paris (the followup to national bestseller Three Hours in Paris), it is once again up to American markswoman Kate Rees to take the shot that just might win—or lose—World War II.

To schedule a book club visit with Cara or any of our authors on NovelNetwork: 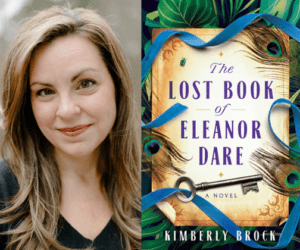 Kimberly Brock is the bestselling author of The Lost Book of Eleanor Dare and her award-winning debut, The River Witch. She is the founder of Tinderbox Writers Workshop and has served as a guest lecturer for many regional and national writing workshops including at the Pat Conroy Literary Center. She lives near Atlanta with her husband and three children.

In The Lost Book of Eleanor Dare , a sweeping tale from award-winning author Kimberly Brock, the answers to a real-life mystery may be found in the pages of a story that was always waiting to be written.

What happened to the Lost Colony of Roanoke remains a mystery, but the women who descended from Eleanor Dare have long known the truth lies in what she left behind: a message carved onto a large stone and the contents of her treasured Commonplace Book. Brought from England on Eleanor’s fateful voyage to the New World, her book was passed down through the fifteen generations of daughters who followed as they came of age. Thirteen-year-old Alice had been next in line to receive it, but her mother’s tragic death fractured the unbroken legacy and the Dare Stone and the shadowy history recorded in the book faded into memory. Or so Alice hoped.

To schedule a book club visit with Kimberly or any of our authors on NovelNetwork: 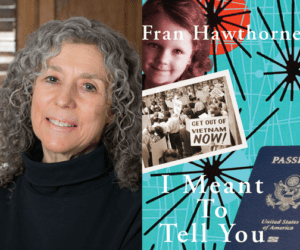 For 30 years, Fran Hawthorne built a career as a journalist and award-winning nonfiction author, specializing in health care, finance, and the nexus of business and social activism. But all that was a detour: Since 2018 she’s published two novels, The Heirs, and now her newest, I Meant To Tell You, both from Stephen F. Austin State University Press.

In her nonfiction life, her book Ethical Chic was named one of the best books of 2012 by Library Journal. Her work has appeared in The New York Times, BusinessWeek, Newsday, Self, and many other publications, and she also writes reviews for the New York Journal of Books.

In her book, I Meant To Tell You, when Miranda Isaacs’s fiancé, Russ Steinmann, is being vetted for his dream job in the U.S. attorney’s office, the couple joke about whether Miranda’s parents’ history as antiwar activists in the Sixties might jeopardize Russ’s security clearance. But as it turns out, the real threat emerges after Russ’s future employer discovers that Miranda was arrested for felony kidnapping seven years earlier – an arrest she’d never bothered to tell Russ about.

To schedule a book club visit with Fran or any of our authors on NovelNetwork: 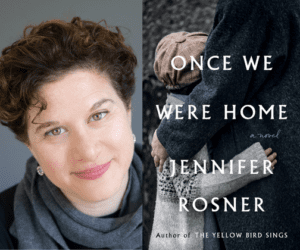 Jennifer Rosner is the author of the novels Once We Were Home and The Yellow Bird Sings, a Massachusetts Fiction Honors Book and National Jewish Book Award finalist in the categories of debut fiction and book club. She is also author of the memoir If A Tree Falls: A Family’s Quest to Hear and Be Heard, and the children’s book, The Mitten String, a Sydney Taylor Book Award Notable.

Jennifer’s writing has appeared in the New York Times, The Massachusetts Review, The Forward, and elsewhere. In addition to writing, Jennifer has taught philosophy. She earned her B.A. from Columbia University and her Ph.D. from Stanford University. She lives in Western Massachusetts with her family.

Beautifully evocative and tender, filled with both luminosity and anguish, Once We Were Home reveals a little-known history. Based on the true stories of children stolen during wartime, this heart-wrenching novel raises questions of complicity and responsibility, belonging and identity, good intentions and unforeseen consequences, as it confronts what it really means to find home. 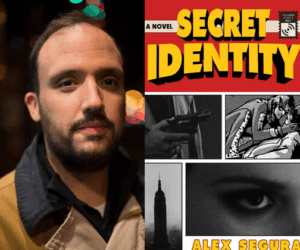 Alex Segura is the bestselling and award-winning author of Secret Identity, which the New York Times called “wittily original” and named an Editor’s Choice. NPR described the novel as “masterful,” and it received starred reviews from Publishers Weekly, Kirkus, and Booklist.

Alex is also the author of Star Wars Poe Dameron: Free Fall, the Pete Fernandez Miami Mystery series, and a number of comic books – including The Mysterious Micro-Face (in partnership with NPR), The Black Ghost, The Archies, The Dusk, The Awakened, and more. His short story, “90 Miles” was included in The Best American Mystery and Suspense Stories for 2021 and won the Anthony Award for Best Short Story.

His latest book, Secret Identity, is a rollicking literary mystery set in the world of comic books. Alex uses his expertise as a comics creator as well as his unabashed love of noir fiction to create a truly one-of-a-kind novel–hard-edged and bright-eyed, gritty and dangerous, and utterly absorbing.

To schedule a book club visit with Alex or any of our authors on NovelNetwork: 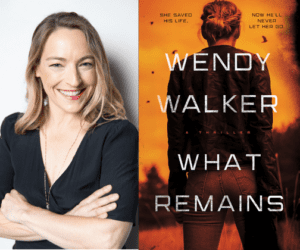 Wendy Walker is the author of the psychological suspense novels All Is Not Forgotten, Emma In the Night, The Night Before, Don’t Look For Me and American Girl. Her novels have been translated into 23 foreign languages, topped bestseller lists both nationally and abroad, and have been optioned for both television and film.

Wendy holds degrees from Brown University and Georgetown Law School, and has worked in finance and several areas of the law. As a former family law attorney with training in child advocacy, Wendy draws from her knowledge of trauma and psychology to write compelling and complex characters and stories.

Her latest book, What Remains, is the story of detective Elise Sutton who finds herself drawn to cold cases. Each crime is a puzzle to solve, pulled from the past. Elise looks for cracks in the surface and has become an expert on how murderers slip up and give themselves away. She has dedicated her life to creating a sense of order, at work with her ex-marine partner; at home with her husband and two young daughters; and within, battling her own demons. Elise has everything under control, until one afternoon, when she walks into a department store and is forced to make a terrible choice: to save one life, she will have to take another.

The Amery Area Public Library enriches the community by connecting people with information, ideas and experiences.

Are you in a book club, library reading group, or is your group of friends, colleagues, family members seeking fabulous authors who are excited and available to meet with you? Then you will be delighted to know that Cara Black, Kimberly Brock, Fran Hawthorne, Jennifer Rosner, Alex Segura, and Wendy Walker are all members of our wonderful community of over 150 NovelNetwork authors available to meet with small groups via video chat.

To schedule a visit with Cara Black, Kimberly Brock, Fran Hawthorne, Jennifer Rosner, Alex Segura, Wendy Walker or any of our authors, join FOR FREE  here.