Cilka’s Journey: An Adventure in Bravery 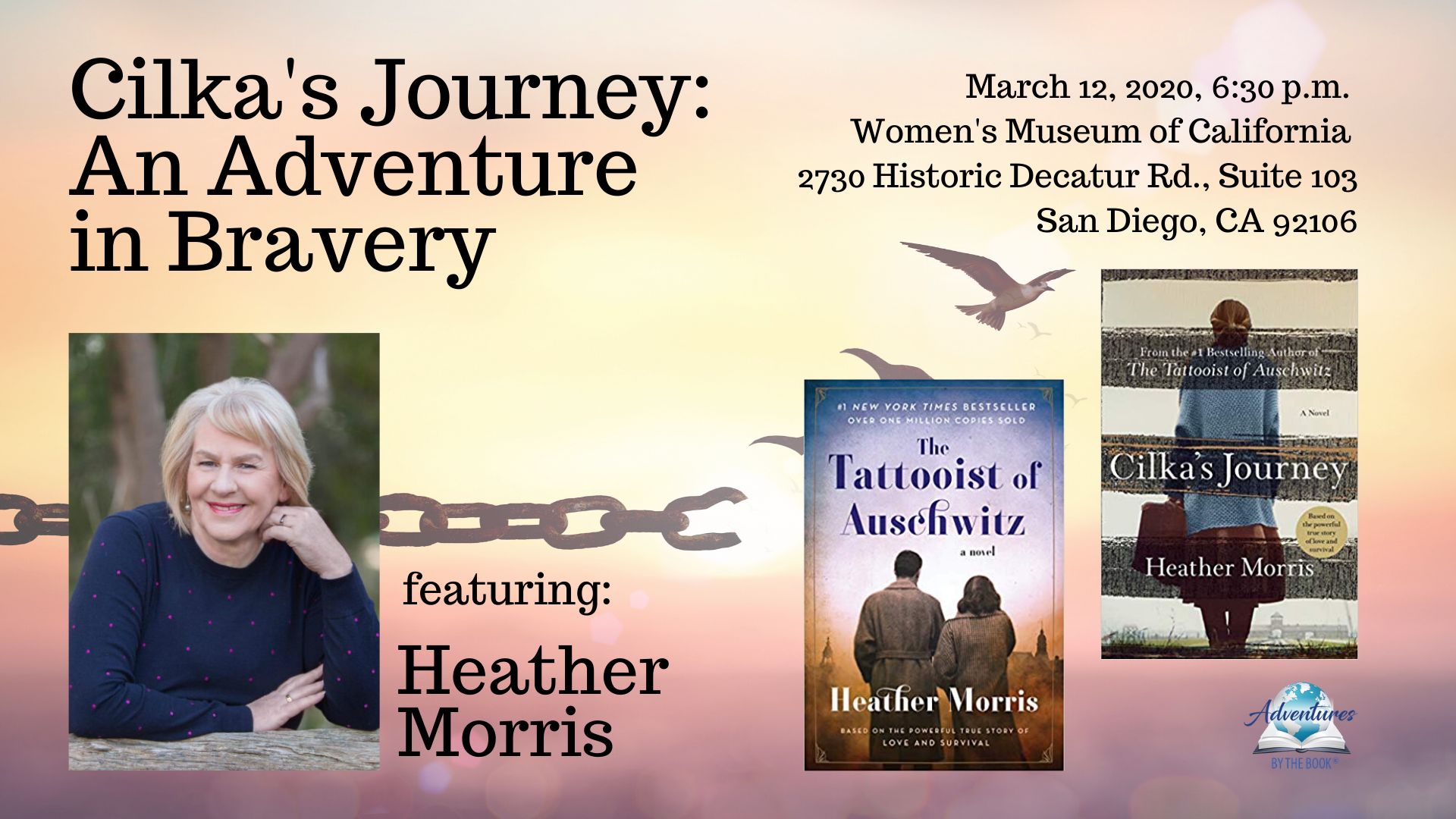 Adventures by the Book™ is pleased to invite you to Cilka’s Journey: An Adventure in Bravery, featuring New York Times bestselling author Heather Morris. As you enjoy a glass of wine and dessert at the Women’s Museum of California, Heather will discuss her new novel, Cilka’s Journey, the follow-up to her powerful multi-million copy bestseller, The Tattooist of Auschwitz.

Your Adventure includes an autographed hardcover book, glass of wine, dessert, museum admission, book discussion with the author, Q&A, book signing, and the opportunity to meet the author up close and personal.

Heather Morris is a native of New Zealand, now residing in Australia. For several years, while working in a large public hospital in Melbourne, 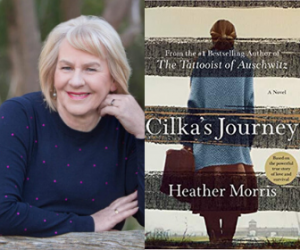 she studied and wrote screenplays, one of which was optioned by an Academy Award-winning screenwriter in the US.

In 2003, Heather was introduced to an elderly gentleman who she heard ‘might just have a story worth telling’. The day she met Lale Sokolov changed both their lives. Their friendship grew and Lale embarked on a journey of self-scrutiny, entrusting the innermost details of his life during the Holocaust to her.

Heather originally wrote Lale’s story as a screenplay – which ranked high in international competitions – before reshaping it into her debut novel, The Tattooist of Auschwitz. Her new novel, Cilka’s Journey, begins when the war is over and the camp is liberated. Freedom, however, is not granted to Cilka: She is charged as a collaborator for sleeping with the enemy and sent to a Siberian prison camp. But did she really have a choice? And where do the lines of morality lie for Cilka, who was send to Auschwitz when she was still a child?