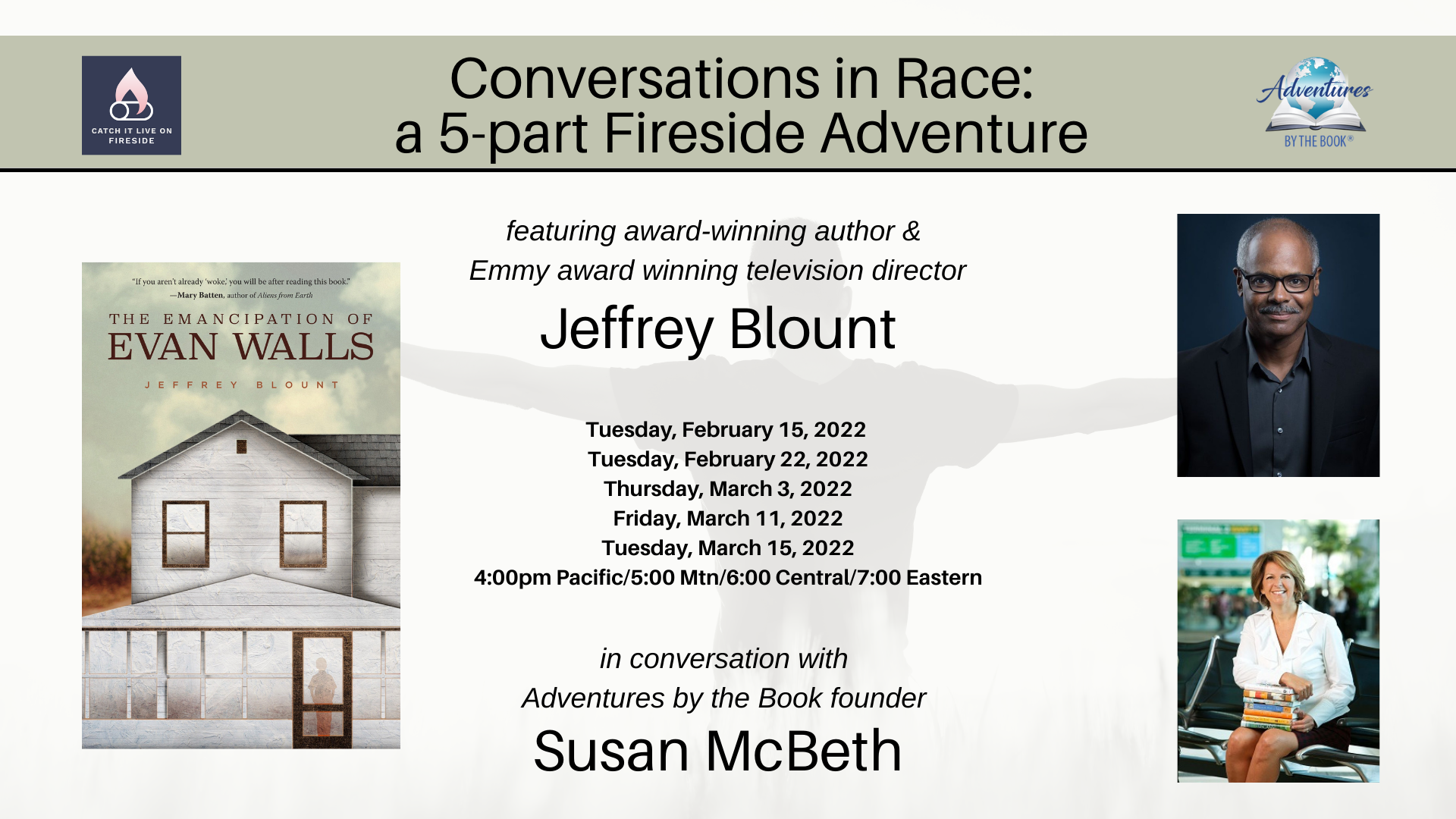 Never before have we hosted a five-part Adventure based on one book. However, award-winning author Jeffrey Blount’s powerful novel, The Emancipation of Evan Walls, has inspired us to do just that.

Our Conversations in Race virtual Fireside Adventure by the Book series, featuring the author in conversation with Adventures by the Book founder Susan McBeth, will focus on five different characters (or sets of characters) who offer a different perspective on race, allowing us a unique opportunity to have a meaningful, educational, and respectful dialogue that opens our minds, our hearts, and our world.

While not necessary to participate in the event, we strongly encourage you to read a copy of The Emancipation of Evan Walls so you have a deeper and richer understanding of the characters and their inherent challenges as we chat live on our virtual stage. We hope you will join us for this important series, and make sure to bring your questions, your open mind, and your heart.

To join any part of this series on the exciting new storytelling platform, Fireside, simply register for event(s) admission(s) below. You can also purchase a signed copy of The Emancipation of Evan Walls to be shipped directly to you. Prior to the event, we will send you a private VIP link to attend the virtual event. If you have an iPhone or iPad, you can be part of the virtual audience to chat live with Jeffrey and Susan. With other devices, you can still listen live to the broadcast. 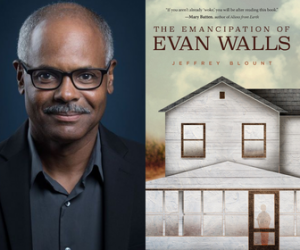 He is also an Emmy award-winning television director and a 2016 inductee to the Virginia Communications Hall of Fame. During a 34-year career at NBC News, Jeffrey directed a decade of Meet The Press, The Today Show, NBC Nightly News, and major special events.

In his book, The Emancipation of Evan Walls, Evan Walls has been married to his wife Izzy for years, yet she knows nothing about half of his life. That part of him he put away long ago and they have lived peacefully alongside the dead spot it has left in their love. However, the birth of their first child changes everything. Evan, fearful of a reincarnation of his childhood in the life of his new daughter, finally finds the courage to tell his wife. Desperate, he hopes that she can help him protect their child.

It is June 1968. The Civil Rights movement is winding down after the death of Martin Luther King, Jr. Negroes in the town of Canaan, Virginia has been used to acting the same, thinking the same and sharing in the unadulterated hatred of a common enemy. Evan is ten years old and, in the jargon of the times, young, gifted and black. In the presence of his parents and a summer porch gathering of their friends, he makes a startling declaration. From that moment on, the central question of his life is born. Is he black enough?

Evan has a dream that will turn the sleepy town of Canaan upside down, forcing him to walk the slippery and angry slope between blacks and whites. In time, his dream disintegrates a family, a marriage, countless friendships and a dramatic first love. Only his great-grandmother, Mama Jennie and mentor, Bojack, help him fight to keep his dream alive. And only Izzy can help him come to grips with what he learns from telling his traumatic life story.