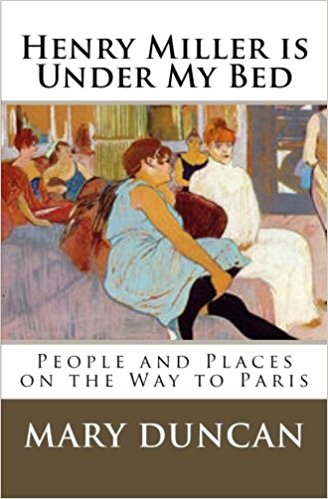 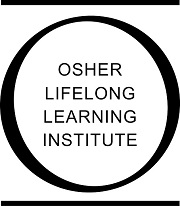 Adventures by the Book™ is honored to partner with Osher Lifelong Learning Institute at San Diego State University for a Culture & Cuisine of France Edventure at Le Parfait Paris. Join us for an authentic French meal with Mary Duncan, author and creator of the Paris Writers Press.

While enjoying this delicious meal, contemplate Parisian culture with a woman who splits her time between sunny Southern California and Paris. In her memoir, Henry Miller is Under My Bed: People and Places On the Way to Paris, Mary chronicles the many influences in her life that led her to France. Paris has always sung a siren song to artist, literary minds, and those looking for more in life. Before they hosted Mary Duncan, the cafes on the streets of France’s capitol city have held legends from Dalí and Cassat to Hemingway and Fitzgerald.

On this immersive cultural Adventure, meet the famous, brilliant and dangerous people who influenced Mary’s life as she made her way to the City of Light: from Henry Miller to Hugh Hefner; Francis Crick to Max Lerner; Simone de Beauvoir to Kafka’s Last Mistress; Irish Republican Army Members to Iranian and Nicaraguan soldiers. In her evocative memoir, this granddaughter of a bootlegger tells the story of how she went out and got a life.

Event includes food, drink, tax & gratuity, book discussion, Q&A, book signing, and the opportunity to meet the author up close and personal in an intimate and authentic setting. 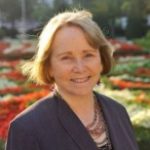 Mary Duncan, a native San Diegan, grew up in National City, where Henry Miller said he found his identity. In searching for her identity, she has traveled to numerous countries and prefers to be where there is action, diversity and controversy. Her research specialty as a professor at San Diego State University was the “troubles” in Belfast, Northern Ireland and the Irish Republican Army. She focused on the conflict’s impact on children and the internal organization of the I.R.A. and its cell groups. In addition she has researched children and play patterns in Mexican squatter villages, Arab Tourism in London and international terrorism.

In 1982, she moved to La Jolla, a seaside community in San Diego. She met people who introduced her to the worlds of Henry Miller, Simone de Beauvoir, Colette and other writers. And it is in these worlds that she found relief from the stress and uncertainty that emanated from her Belfast research. Paris and La Jolla entered her life almost simultaneously. In Paris she created a circle of friends and started building a foundation for a life in the City of Light. After her marriage to Yuri Loskutov, a Russian, she lived in Moscow several months of the year and founded Shakespeare and Company Bookstore Moscow. Since 2000, she has mainly lived in Paris. In 2005, she purchased an archive consisting of audio tapes, photographs and correspondence related to the life of Henry Miller. Some of these materials are described in her memoir, “Henry Miller is Under My Bed: People and Place on the Way to Paris.” (2011). She is a member of the Advisory Committee for the Henry Miller Memorial Library in BIg Sur, California and is is a patron of the Shakespeare and Company Literary Festival. In 2008, she founded the Paris Writers Group and the Paris Writer’s Press. In between her writing and travels, she continues to live in Paris.