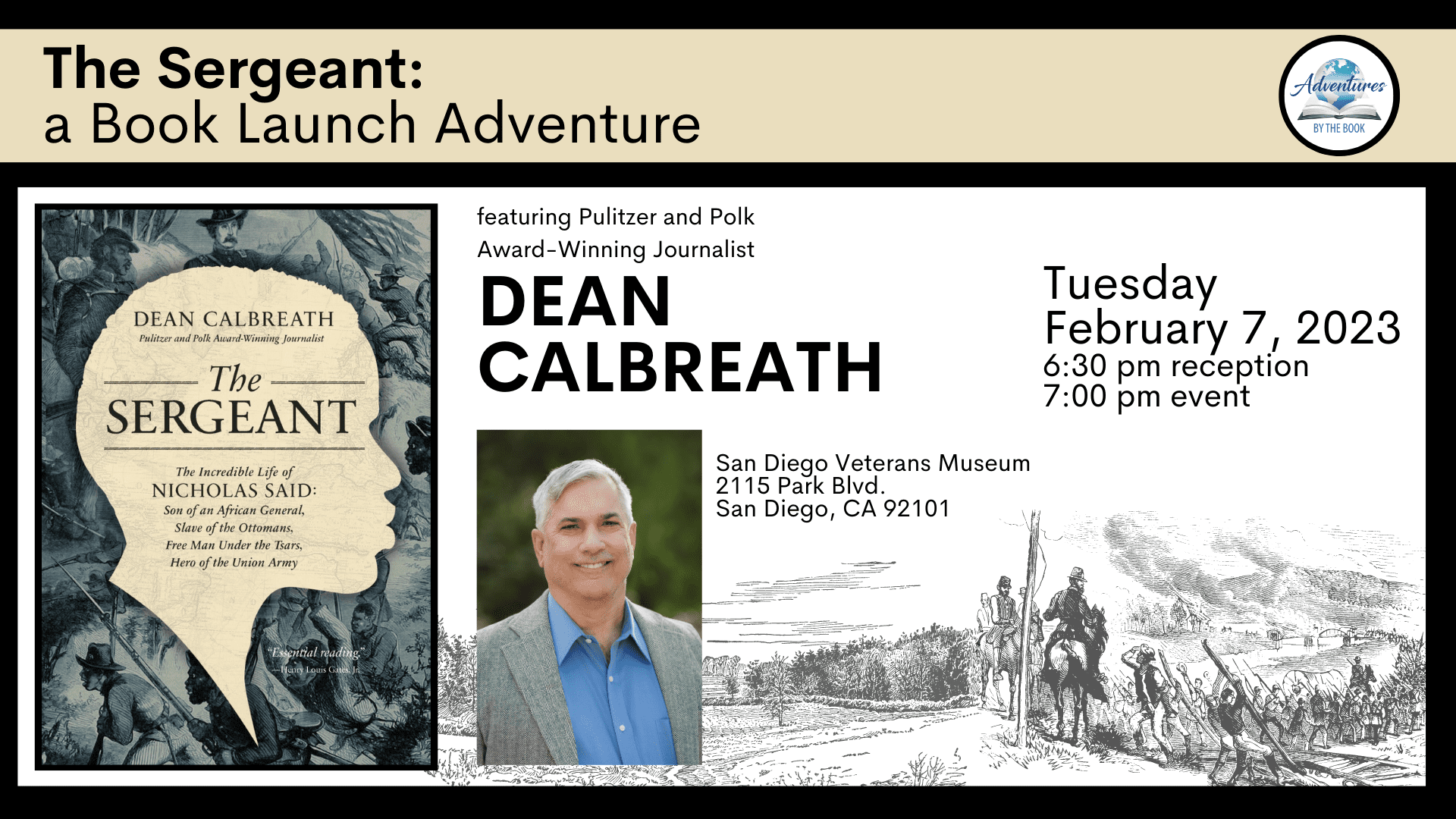 About the FREE In-Person Book Launch

From his noble childhood in the kingdom of Borno to being kidnapped into slavery, Nicholas Said’s inspiring life-story is an epic journey that takes him from Africa and the Ottoman Empire through Czarist Russia and, finally, to heroic acclaim in the American Civil War…

And we can’t think of a better way to celebrate his courageous life than a book launch event during Black History Month at the San Diego Veterans Museum with Pulitzer Prize-winning journalist Dean Calbreath, whose meticulously researched and approachable new book, The Sergeant, documents a unique perspective of slavery from a global perspective that will resonate with a wide audience.

Your FREE The Sergeant Book Launch Adventure includes a reception with the author to include appetizers and drinks, a book discussion, Q&A, author signing, and an opportunity to meet and celebrate with Dean as he launches his new book.

While this event is FREE and open to the public, registration is requested to help us plan seating and refreshments. Books will be available at the event for signing, or pre-order your copy below to be delivered to the event for pickup and signing. You may also have an autographed book shipped to you if you are unable to attend the event (select SHIPPED book option below). 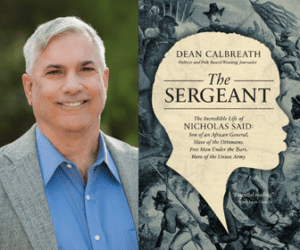 Dean Calbreath was part of the Pulitzer and Polk award-winning team that uncovered the biggest individual bribery scandal in Congressional history. Throughout his career, he has won more than three dozen other awards, including for reporting on the economy, business issues and international affairs, as well as historical writing. His interest in the story of Nicholas Said dates back to when he was briefly assigned to the Middle East after 9/11, where he became interested in the stories of Muslims in American history, including former Muslims like Said.

With three colleagues, Dean co-authored The Wrong Stuff: The Extraordinary Saga of Randy ‘Duke’ Cunningham, a book detailing the Pulitzer-winning probe into the corruption of Rep. Randy Cunningham, who was subsequently sentenced to prison along with two of his bribers.

In his new book, The Sergeant: The Incredible Life of Nicholas Said: Son of an African General, Slave of the Ottomans, Free Man Under the Tsars, Hero of the Union Army, Calbreath examines the parallels and differences in the ways slavery was practiced from a global and religious perspective, and he highlights how Said’s experiences echo the discrimination, segregation, and violence that are still being reckoned with today.

In the late 1830s a young Black man was born into a world of wealth and privilege in the powerful, thousand-year-old African kingdom of Borno. But instead of becoming a respected general like his fearsome father (who was known as The Lion), Nicolas Said’s fate was to fight a very different kind of battle.

At the age of thirteen, Said was kidnapped and sold into slavery, beginning an epic journey that would take him across Africa, Asia, Europe, and eventually the United States, where he would join one of the first African American regiments in the Union Army. Nicholas Said would then spend the rest of his life fighting for equality. Along the way, Said encountered such luminaries as Queen Victoria and Czar Nicholas I, fought Civil War battles that would turn the war for the North, established schools to educate newly freed Black children, and served as one of the first Black voting registrars.