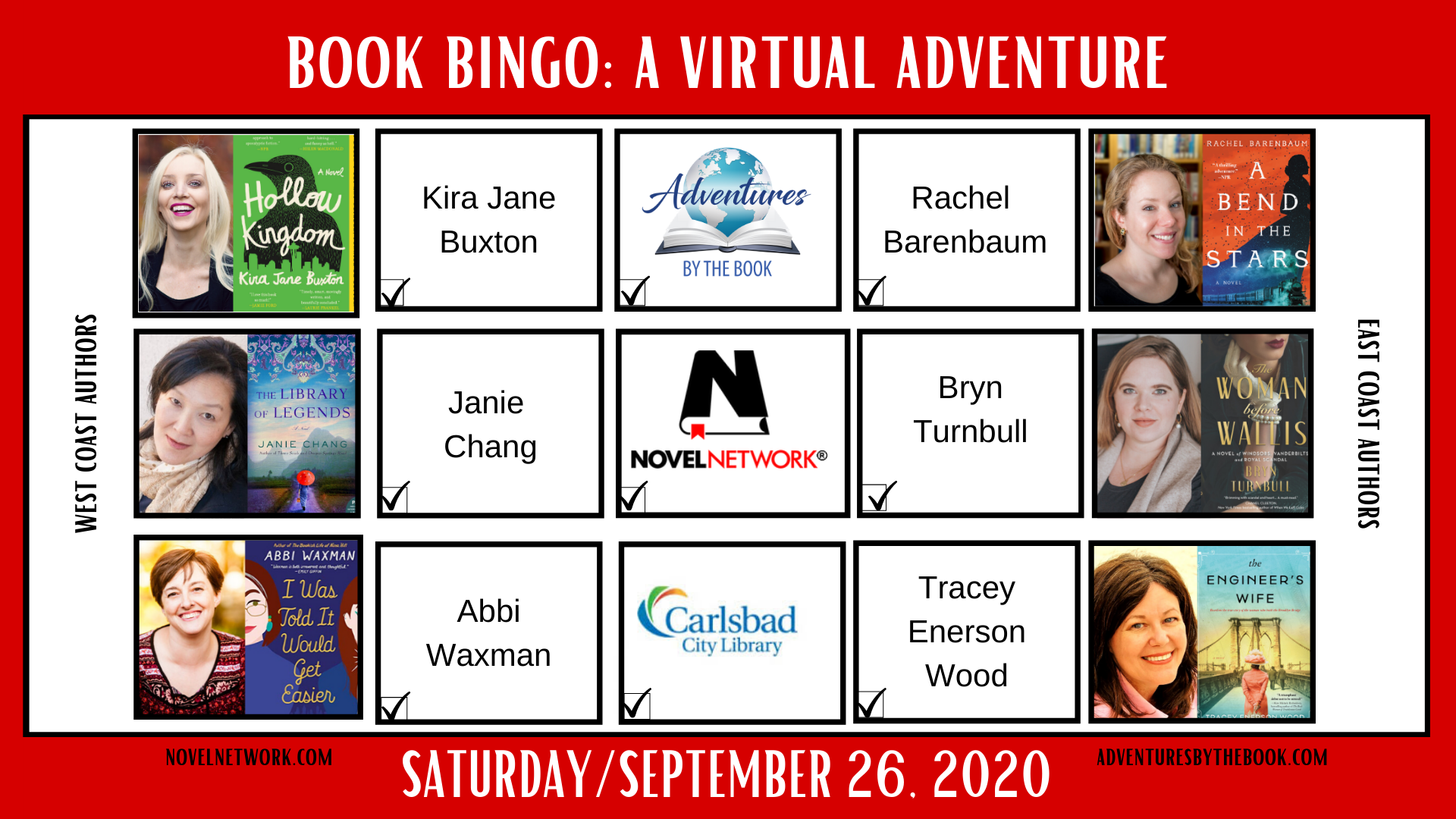 We are pleased to partner with the Carlsbad City Library for another fun Book Bingo (West Coast/East Coast Authors): A Virtual Adventure! If you are already familiar with our popular Southern California series that features NovelNetwork® authors, you will understand why we receive so many requests to expand the program nationwide. Pivoting to virtual events has made this not only possible, but offers up fun opportunities for exciting partnerships, participation by more of our over 125 book club favorite authors, and space to accommodate many more readers!

Join us at this free event, where we will bring you six fabulous authors, an interactive virtual game of bingo, and fun prizes, and all you have to do is show up (and why not invite your book club friends and fellow readers to join in as well) to learn about great new reads to add to your to be read list). 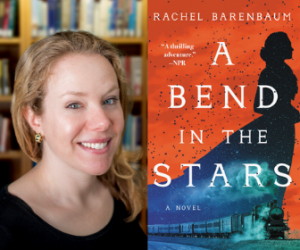 Rachel Barenbaum is a prolific writer and reviewer for the LA Review of Books, the Tel Aviv Review of Books and DeadDarlings. She is an Honorary Research Associate at the Hadassah-Brandeis Institute and a graduate of GrubStreet’s Novel Incubator. She is also the founder of Debut Spotlight and the Debut Editor at A Mighty Blaze.

In a former life she was a hedge fund manager and a spin instructor. She has degrees from Harvard in Business, and Literature and Philosophy. She lives in Brookline, MA with her husband, three children, and dog named Zishe—after the folk hero who inspires many tales around their dinner table.

Rachel’s debut novel, A Bend in the Stars, perfect for fans of All the Light We Cannot See and The Women in the Castle, is a riveting literary novel that is at once an epic love story and a heart-pounding journey across WWI-era Russia, about an ambitious young doctor and her scientist brother in a race against Einstein to solve relativity.has been named a New York Times Summer Reading Selection and a Barnes & Noble Discover Great New Writers selection. It is also a Boston Globe Bestseller.

To schedule a book club visit with Rachel or any of our authors on NovelNetwork: 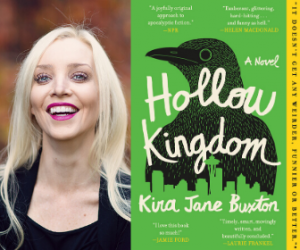 Kira Jane Buxton’s writing has appeared in The New York Times, NewYorker.com, McSweeney’s, The Rumpus, Huffington Post, and more. She calls the tropical utopia of Seattle home and spends her time with three cats, a dog, two crows, a charm of hummingbirds, and a husband.

In her uniquely hilarious debut from a genre-bending literary author, Hollow Kingdom is a big-hearted and boundlessly beautiful romp through the apocalypse, where one pet crow fights to save humanity, to the world that comes after, where even the cowardly crow can become a hero.

To schedule a book club visit with Kira Jane or any of our authors on NovelNetwork: 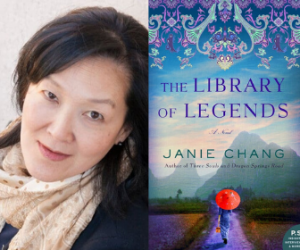 Janie Chang writes historical fiction with a personal connection, drawing from a family history with 36 generations of recorded genealogy. She grew up listening to stories about life in a small Chinese town in the years before the Second World War and tales of ancestors who encountered dragons, ghosts, and immortals.

Her first novel, Three Souls, was a finalist for the 2014 BC Book Prizes Ethel Wilson Fiction Prize and her second novel, Dragon Springs Road, was a Globe and Mail national bestseller. Both these books were nominated for the International Dublin Literary Award. Born in Taiwan, Janie has lived in the Philippines, Iran, Thailand, and New Zealand. She now lives in beautiful Vancouver, Canada.

Her newest novel, The Library of Legends, is based on true events in 1937 China and is rich in Chinese history and lore. Both an illuminating exploration of China’s recent past and an evocative tale of love, sacrifice, and the extraordinary power of storytelling. When Japanese bombs begin falling on the city of Nanking, nineteen-year-old Hu Lian and her classmates at Minghua University are ordered to flee. Lian and a convoy of students, faculty and staff must walk 1,000 miles to the safety of China’s western provinces, a journey marred by the constant threat of aerial attack. And it is not just the refugees who are at risk; Lian and her classmates have been entrusted with a priceless treasure: a 500-year-old collection of myths and folklore known as the Library of Legends.

To schedule a book club visit with Janie or any of our authors on NovelNetwork: 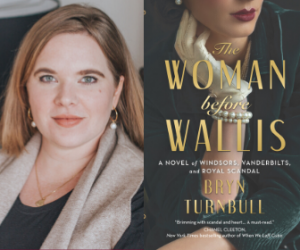 Bryn Turnbull is  a writer of historical fiction. Equipped with a Master of Letters in Creative Writing from the University of St. Andrews and a Bachelor’s degree in English Literature from McGill University, Bryn, who resides in Toronto (not really the East Coast, but close enough), writes books intended to drive readers to similar levels of distraction – to transport them into different eras and different worlds, but hopefully not into the hospital.

Her new book, The Woman Before Wallis, is based on the true story of Thelma Morgan Furness, the American woman who lost Edward, Prince of Wales, to Wallis Simpson in 1934. It centers on Thelma’s real-life involvement in The Matter of Vanderbilt, a trial which saw Thelma’s twin sister, Gloria Vanderbilt, sued for custody of her daughter on charges of negligence, unfit parenting and homosexuality. As her sister gains international notoriety, Thelma looks on, knowing that her own fall from grace might not be far behind.

To schedule a book club visit with Bryn or any of our authors on NovelNetwork: 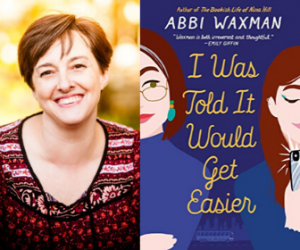 Abbi Waxman was born in England in 1970, the oldest child of two copywriters who never should have been together in the first place. Once her father ran off to buy cigarettes and never came back, her mother began a highly successful career writing crime fiction. She encouraged Abbi and her sister Emily to read anything and everything they could pull down from the shelves, and they did.

Abbi went into advertising, working as a copywriter and then a creative director at various advertising agencies in London and New York. Eventually she quit advertising, had three kids and started writing books (The Garden of Small Beginnings, Other People’s Houses, and The Bookish Life of Nina Hill), as well as TV shows and screenplays. She currently lives in Los Angeles with her husband, three kids, three dogs, three cats, a gecko, two mice and six chickens.

In I Was Told It Would Get Easier, mother-daughter duo Jessica and Emily watch their carefully mapped-out college tour devolve into something far less predictable as they are stuck in a bus full of strangers and both having very different ideas of how this college tour should go. For Emily, it’s a last-ditch effort to get excited about her future, because every day in the present feels like such a slog. For Jessica, it’s a chance to bond with the daughter she seems to have lost. Together with a dozen strangers–and two familiar enemies–Jessica and Emily travel the East Coast, meeting up with family and old friends along the way. Surprises and secrets threaten their relationship and, in the end, change it forever.

To schedule a book club visit with Abbi or any of our authors on NovelNetwork: 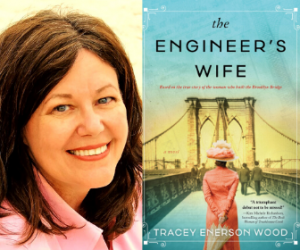 Tracey Enerson Wood has always had a writing bug. While working as a registered nurse, starting her own interior design company, raising two children, and bouncing around the world as a military wife, she indulged in her passion as a playwright, screenwriter and novelist. She has authored magazine columns and other non-fiction, written and directed plays of all lengths, including Grits, Fleas and Carrots, Rocks and Other Hard Places, Alone, and Fog. Her screenplays include Strike Three and Roebling’s Bridge.

Other passions include food and cooking, and honoring military heroes. Her co-authored anthology/cookbook Homefront Cooking, American Veterans share Recipes, Wit, and Wisdom,  supports veterans, as she contributes all authors’ profits to veteran organizations. A New Jersey native, she now lives with her family in Florida and Germany.

Her newest novel, The Engineer’s Wife, is based on the true story of the Brooklyn Bridge, and delivers an emotional portrait of a woman transformed by a project of unfathomable scale, which takes her into the bowels of the East River, suffragette riots, the halls of Manhattan’s elite, and the heady, freewheeling temptations of P.T. Barnum. It’s the story of a husband and wife determined to build something that lasts―even at the risk of losing each other.

To schedule a book club visit with Tracey or any of our authors on NovelNetwork:

Are you in a book club, library reading group, or is your group of friends, colleagues, family members seeking fabulous authors who are excited and available to meet with you? Then you will be delighted to know that Rachel Barenbaum, Kira Jane Buxton, Janie Chang, Bryn Turnbull, Abbi Waxman, and Tracey Enerson Wood are all  members of our wonderful community of over 125 NovelNetwork authors available to meet with small groups via video chat.

To schedule a visit with Rachel, Kira Jane, Janie, Bryn, Abbi, Tracey or any of our authors, join FOR FREE  here.

This event is free and open to the public (on a first-come, first-served basis); however, registration below is necessary in order to receive your virtual bingo card (bingo cards will only be available to those who register before September 26, 2020). You may attend the event without playing bingo. In that case, registration is now available (click here) through the Carlsbad Library to receive your Zoom invite. Your purchase of a book(s) below offers support to these authors whose book tours and events have been cancelled. Book prices below include shipping within the U.S. and will include signed bookplates.