The Island of Missing Trees: a virtual Adventure with Booker-nominated author Elif Shafak 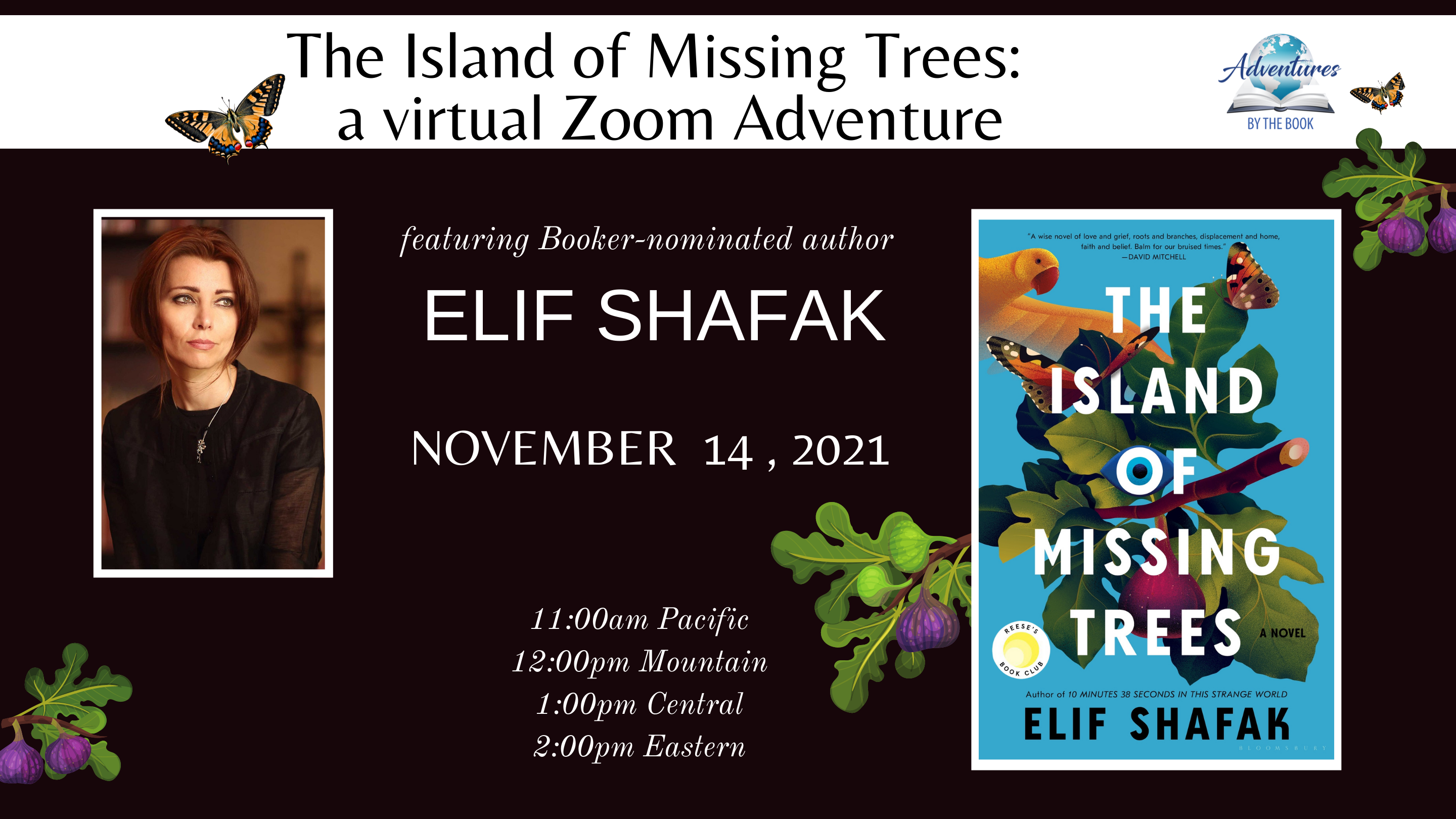 As we give thanks this holiday season, let’s not forget to celebrate the wonder of trees and nature’s interconnectivity. And what better way to do that than celebrating with Booker-nominated and world-renowned British-Turkish author Elif Shafak, as she discusses her new novel, The Island of Missing Trees, a Los Angeles Times and Time magazine’s “Most Anticipated Book of Fall 2021.“

Event includes a copy of The Island of Missing Trees, tax, shipping within the U.S.and Canada, author discussion, Q&A, a 30 minutes video about Turkey, and the opportunity to meet this world-renowned author virtually via Zoom!

*This event will be held virtually via Zoom. Event access is provided via Zoom link emailed to you three days prior to the event. 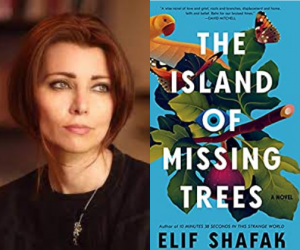 Elif Shafak is an award-winning British-Turkish novelist. She has published 19 books, 12 of which are novels. She is a bestselling author in many countries around the world and her work has been translated into 55 languages. 10 Minutes 38 Seconds in This Strange World was shortlisted for the Booker Prize and RSL Ondaatje Prize and was Blackwell’s Book of the Year.

The Forty Rules of Love was chosen by BBC among the 100 Novels that Shaped Our World. The Architect’s Apprentice was chosen for the Duchess of Cornwall’s inaugural book club, The Reading Room. Shafak holds a PhD in political science and she has taught at various universities in Turkey, the US, and the UK, including St Anne’s College, Oxford University, where she is an honorary fellow. She also holds a Doctorate of Humane Letters from Bard College.

Elif is a Fellow and a Vice President of the Royal Society of Literature. She was a member of Weforum Global Agenda Council on Creative Economy and a founding member of ECFR (European Council on Foreign Relations). An advocate for women’s rights, LGBTQ+ rights, and freedom of expression, Shafak is an inspiring public speaker and twice TED Global speaker. Shafak contributes to major publications around the world and she was awarded the medal of Chevalier de l’Ordre des Arts et des Lettres.

In 2017 she was chosen by Politico as one of the twelve people “who will give you a much-needed lift of the heart”. She has judged numerous literary prizes, including PEN Nabokov Prize and she has chaired the Wellcome Prize. Recently Shafak was awarded the Halldór Laxness International Literature Prize for her contribution to “the renewal of the art of storytelling.”

In her new novel, The Island of Missing Tree, two teenagers, a Greek Cypriot and a Turkish Cypriot, meet at a taverna on the island they both call home. In the taverna, hidden beneath garlands of garlic, chili peppers and creeping honeysuckle, Kostas and Defne grow in their forbidden love for each other. A fig tree stretches through a cavity in the roof, and this tree bears witness to their hushed, happy meetings and eventually, to their silent, surreptitious departures. The tree is there when war breaks out, when the capital is reduced to ashes and rubble, and when the teenagers vanish. Decades later, Kostas returns. He is a botanist looking for native species, but really, he’s searching for lost love.

Years later a Ficus carica grows in the back garden of a house in London where Ada Kazantzakis lives. This tree is her only connection to an island she has never visited— her only connection to her family’s troubled history and her complex identity as she seeks to untangle years of secrets to find her place in the world.