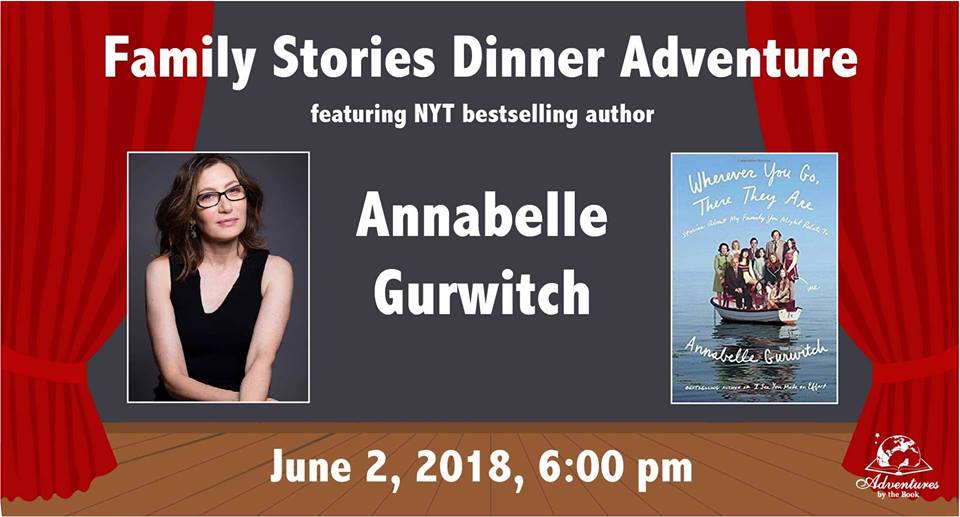 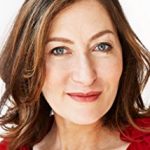 Join us for a fun Saturday night Family Stories Dinner Adventure, with hilarious New York Times bestselling author, Annabelle Gurwitch. Over a delicious Milton’s dinner of traditional Jewish favorites, Annabelle will entertain us with tales of her crazy family from her memoir, Wherever You Go, There They Are.

Surrounded by self-described dysfunctional relatives, Annabelle secretly prayed as a child that her bootlegging, gambling, philandering family was just a terrible mistake. With a wry wit and a healthy does of irresistible self-deprecation the actress (Seinfeld, Boston Legal, Dexter), TBS Dinner and a Movie co-host, and NPR commentator asks: who and what makes a family in our modern society?

Your Adventure includes a Jewish supper, beverage, tax, gratuity author presentation, book signing, and the chance to meet the author up-close and personal in an authentic and intimate setting.

Annabelle Gurwitch is an actress activist, and New York Times bestselling author. Her most recent book is the essay collection, Wherever You Go, There They Are: Stories About My Family You Might Relate To. Her other books include I See You Made an Effort (New York Times bestseller and Thurber Prize finalist), You Say Tomato, I Say Shut Up (co-authored with Jeff Kahn), and Fired!, also a Showtime Comedy Special.

Gurwitch gained a loyal following during her stint co-hosting the fan favorite, Dinner & A Movie on TBS, and year as a regular commentator on NPR. She’s written for the new Yorker, New York Times, The Wall Street Journal, The Los Angeles Times, Glamour, Real Simple, Marie Claire, The Nation.com, Salon, The Hollywood Reporter, Time.com, and many other publications. Gurwitch was the news anchor on HBO’s Not Necessarily the News, hosted three seasons of WA$TED on The Planet Green network, and programs on The Style Channel and ABC.

Her acting credits include: Better Things, Seinfeld, Boston Legal, Dexter, The Shaggy Dog, Daddy Day Care and Melvin Goes to Dinner. A veteran of many lauded and even more misguided theatrical productions, her appearances include The World Premiere of Donald Margulies’A Coney Island Christmas at The Geffen Playhouse, the West Coast Premiere of Go Back to Where You Are by David Greenspan at The Odyssey,   the West Coast premier of Women in Jeopardy at EST Santa Barbara ,the twentieth anniversary production of UnCommon Womenand Others at Second Stage, and her performance in the title role of Joe and Betty Off-Broadway and in Los Angeles earned her a place in Top Ten Performances of the Year in The New York Times and The Los Angeles Times.