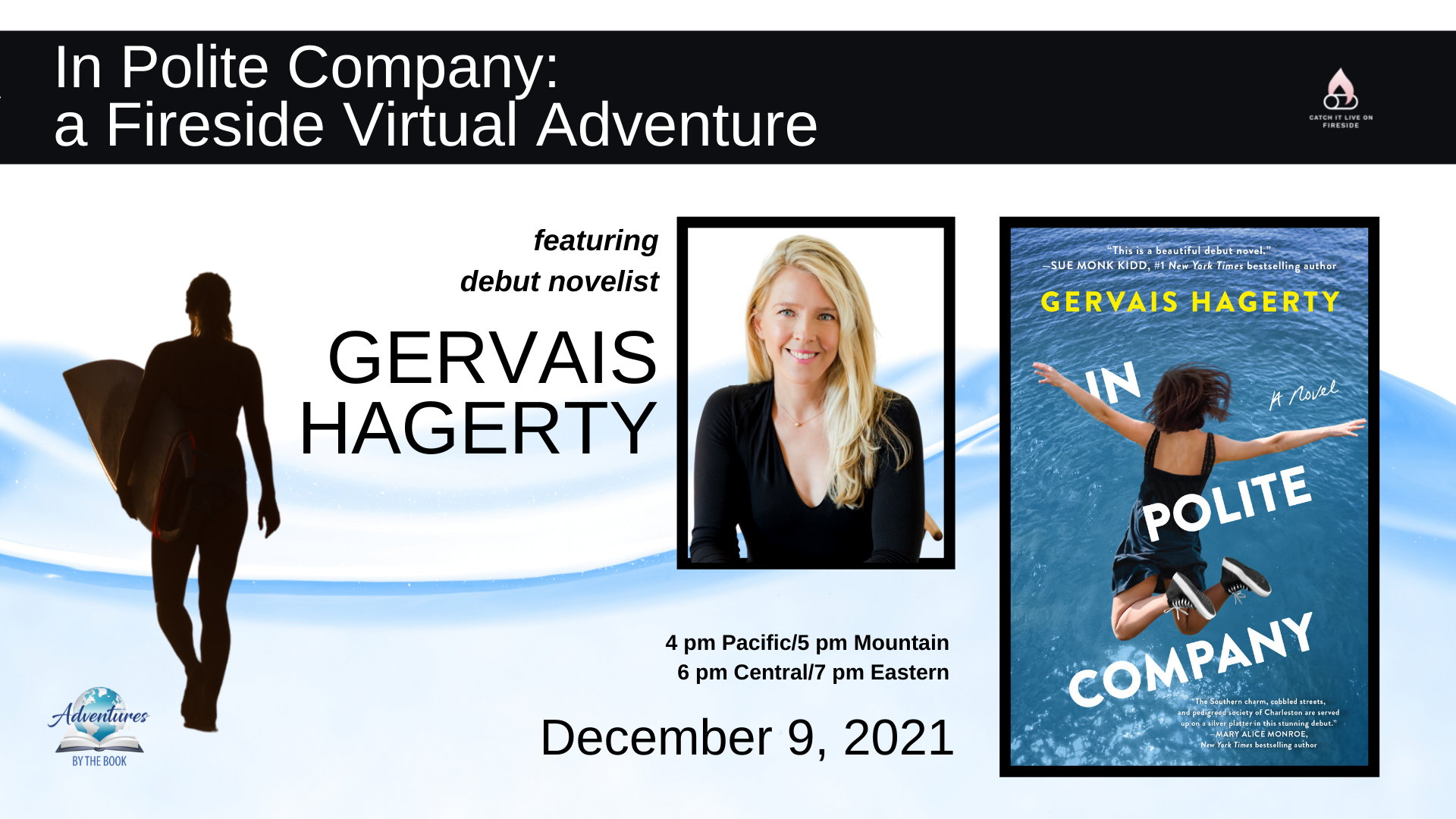 Peek behind the veil of Charleston’s cobbled streets as you join critically-acclaimed debut novelist Gervais Hagerty for an exciting afternoon of fabled historic homes, walled gardens, and cocktail parties at our In Polite Company Virtual Adventure. Get ready for a “beautiful debut novel” (Sue Monk Kidd) by a debut “author to watch” (Mary Alice Monroe) that “allows us a fascinating glimpse into an elite Southern society trying to hold onto age-old traditions and values in a rapidly changing world” (Cassandra King Conroy).

Here is your opportunity to chat live with Gervais about her entertaining debut novel, In Polite Company, ask questions, and converse live “on stage.” To join our virtual event on the exciting new storytelling platform, Fireside, simply purchase a book below and we will send you a private VIP link to attend the virtual event. If you have an iPhone or iPad, you can be part of the virtual audience to chat live with Gervais. With other devices, you can still listen live to the broadcast.

Your Adventure includes a paperback copy of In Polite Company, tax, shipping within the U.S. and Canada, a live Fireside chat with Gervais, Q&A, and the opportunity to converse live with Gervais “on stage”. Log-in instructions will be emailed 3-5 days prior to the event. 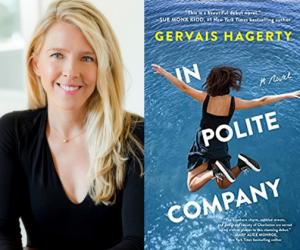 Gervais Hagerty grew up in Charleston, South Carolina. She earned her B.A. in psychology from Vanderbilt University. After a post-college stint in Southern California, she returned to the East Coast, where she worked as a news reporter and producer for both radio and television broadcasts.

In 2013, she earned her M.B.A. from The Citadel, The Military College of South Carolina, and soon after became a professor teaching Leadership Communications. As the director of Patricia McArver Public Speaking Lab, she coached students, faculty, and staff to become effective speakers. She also advised the college’s public speaking club. She is a board member of The Charleston Council for International Visitors and serves on Charleston’s Bicycle and Pedestrian Advisory Committee.

In Polite Company, Gervais’s debut novel, introduces protagonist Simons Smythe, who knows there’s more to her hometown than sweet tea and Southern hospitality. Behind the walled gardens, inside the fabled historic homes, live Charleston’s elite. Simons was born into this powerful aristocracy that has quietly ruled the city for centuries. Simons’s family has a banner year ahead; Her older sister will give birth to her second child, and her younger sister will make her debut—a series of cocktail parties and balls to introduce her to society. And in one year, Simons plans to marry Trip. She hopes that’s enough time to fall back in love.

Simons produces the news at a local TV station, a job that increasingly tests her loyalty to her family and friends. On her days off, Simons surfs the waves of Folly Beach, crabs the salty rivers of Edisto Island, and follows her wayward heart to King Street bars. The one touchstone in this confusing time is her elegant and secretive grandmother, Laudie, who—repeatedly and mysteriously—urges Simons to “be brave”.