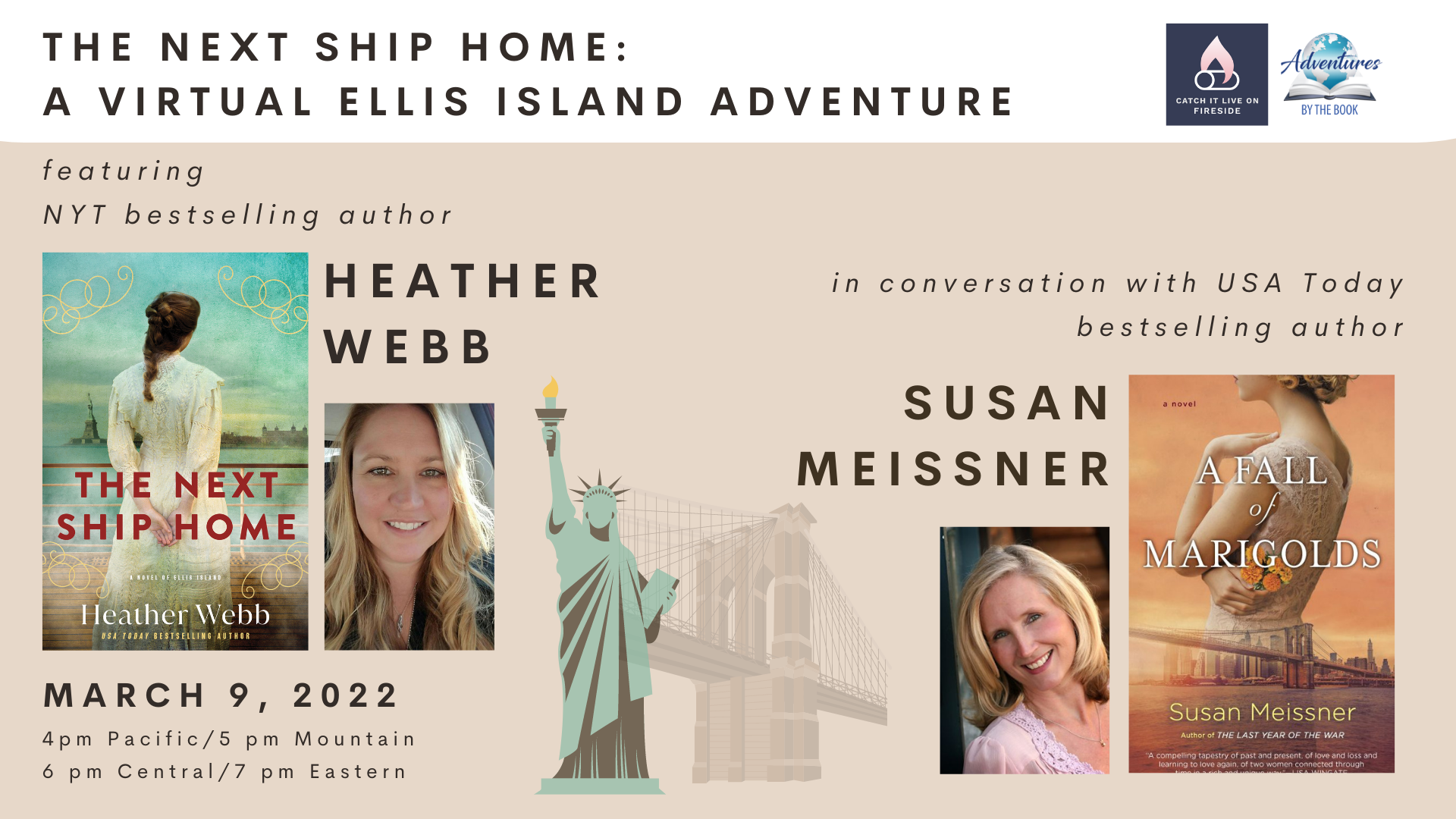 Today, Ellis Island is a poetic symbol of the American Dream, but it wasn’t always that way. . . Join New York Times bestselling author Heather Webb, in conversation with USA Today bestselling author Susan Meissner as they unravel Ellis Islands’ important history through their respective novels, The Next Ship Home and A Fall of Marigolds.

Grab a glass of wine or hot cocoa, curl up in your favorite chair, and join us for a virtual Fireside Adventure on Ellis Island, where you can chat live with the authors to discuss their books, ask questions, and converse live “on stage.”

To join our virtual Adventure on the exciting new storytelling platform, Fireside, simply purchase event admission below or, better yet, purchase Heather’s book (or a discounted two-pack) and receive FREE event admission. Prior to the event, we will send you a private VIP link to attend the virtual event. If you have an iPhone or iPad, you can be part of the virtual audience to chat live with Heather and Susan. With other devices, you can still listen live to the broadcast. 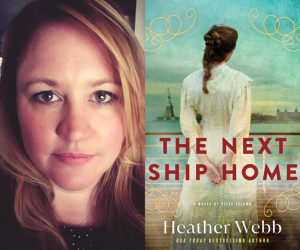 Heather Webb is the USA Today bestselling and award-winning author of seven historical novels. In 2015, Rodin’s Lover was a Goodread’s Top Pick, and in 2018, Last Christmas in Paris won the Women’s Fiction Writers Association STAR Award. Meet Me in Monaco, was selected as a finalist for the 2020 Goldsboro RNA award in the UK, as well as the 2019 Digital Book World’s Fiction prize. To date, Heather’s books have been translated into over a dozen languages.  She lives in New England with her family and one feisty rabbit.

Heather’s novel, The Next Ship Home, is inspired by true events and reveals the dark secrets of Ellis Island as two unlikely friends challenge a corrupt system, altering their fate and the lives of the immigrants that come after them.

A young Italian woman arrives on the shores of America, her sights set on a better life. That same day, a young American woman reports to her first day of work at the immigration center.

But Ellis Island isn’t a refuge for Francesca or Alma, not when ships depart every day with those who are refused entry to the country and when corruption ripples through every corridor. While Francesca resorts to desperate measures to ensure she will make it off the island, Alma fights for her dreams of becoming a translator, even as women are denied the chance. As the two women face the misdeeds of a system known to manipulate and abuse immigrants searching for new hope in America, they form an unlikely friendship—and share a terrible secret—altering their fates and the lives of the immigrants who come after them. 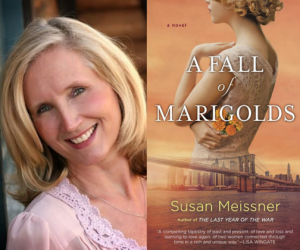 Susan Meissner is a USA Today bestselling author of historical fiction with more than three-quarters of a million books in print in 18 languages. Her novels include The Last Year of the War, named to Real Simple magazine’s list of best books for 2019; As Bright as Heaven, which earned a starred review in Library Journal; Secrets of  Charmed Life, a Goodreads finalist for Best Historical Fiction 2015; and A Fall of Marigolds, named to Booklist’s Top Ten Women’s Fiction titles for 2014.

In her compelling, emotional novel, A Fall of Marigolds, a beautiful scarf connects two women touched by tragedy.

September 1911. On Ellis Island in New York Harbor, nurse Clara Wood cannot face returning to Manhattan, where the man she loved fell to his death in the Triangle Shirtwaist Fire. Then, while caring for a fevered immigrant whose own loss mirrors hers, she becomes intrigued by a name embroidered onto the scarf he carries…and finds herself caught in a dilemma that compels her to confront the truth about the assumptions she’s made. What she learns could devastate her—or free her.

September 2011. On Manhattan’s Upper West Side, widow Taryn Michaels has convinced herself that she is living fully, working in a charming specialty fabric store and raising her daughter alone. Then a long-lost photograph appears in a national magazine, and she is forced to relive the terrible day her husband died in the collapse of the World Trade Towers…the same day a stranger reached out and saved her. But a chance reconnection and a century-old scarf may open Taryn’s eyes to the larger forces at work in her life.