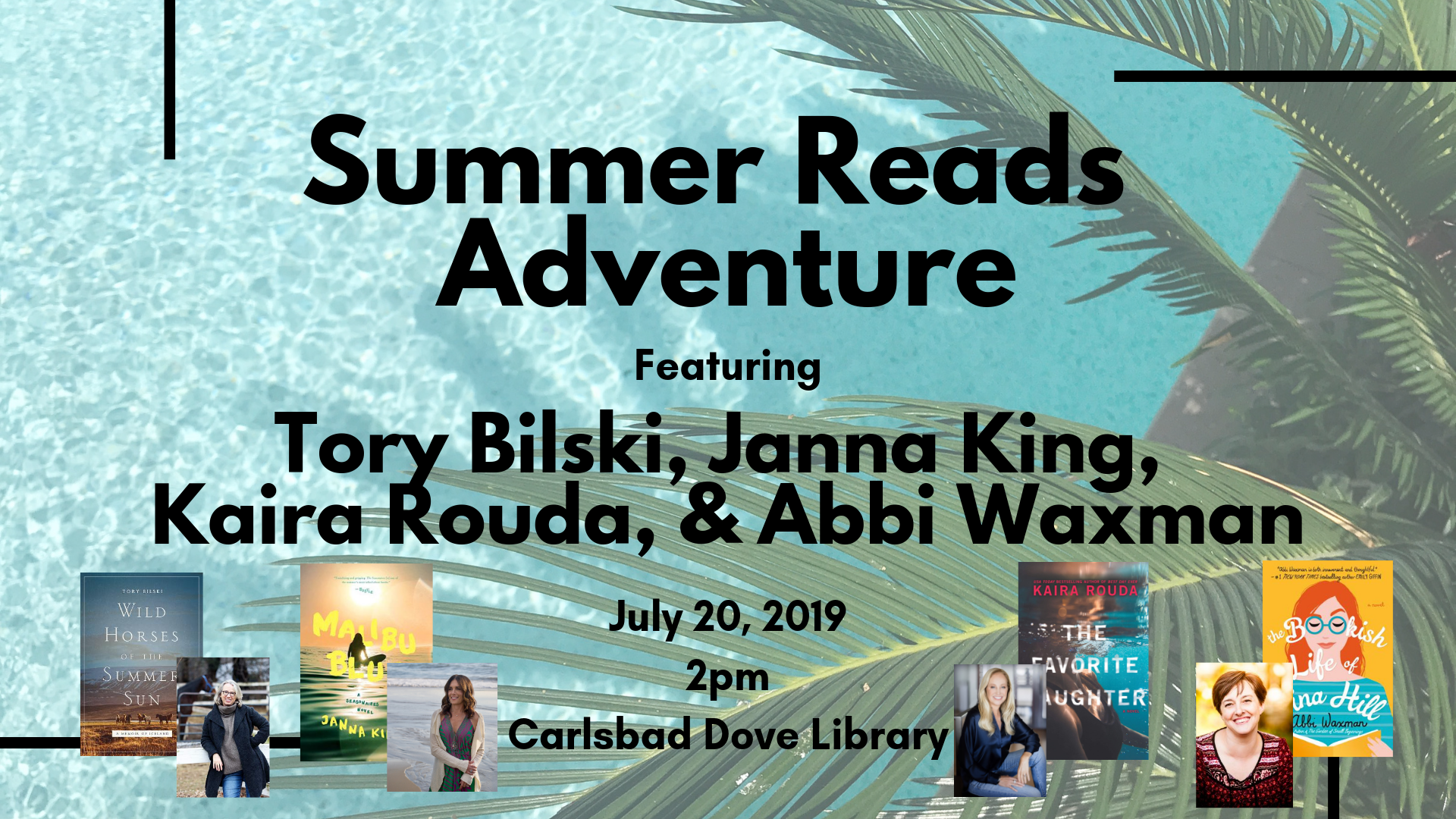 Adventures by the Book™ is pleased to partner with the Carlsbad City Library for a Summer Reads Free Library Adventure with engaging authors Tory Bilski, Janna King, Kaira Rouda, and Abbi Waxman. Join us as we discuss some of the most mesmerizing summer reads this season!

Escape to Iceland with Tory Bilski as she shares her personal story of riding wild horses every summer in Iceland, relax on a beach with Janna King in her latest Seasonaire’s novel, enjoy an edge-of-your-seat thriller in signature Kaira Rouda style, and curl up in a cozy bookstore with the always charming, quirky, and entertaining Abbi Waxman.

This free Adventure includes a book discussion with all four authors, Q&A, book signing, and the opportunity to meet the authors up close and personal. 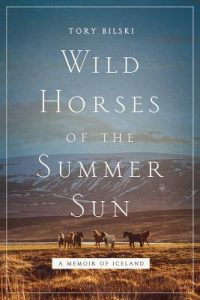 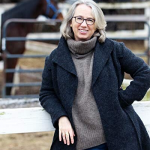 Tory Bilski started the blog Icelandica in late November 2012 after more than a decade of traveling to Iceland.  Her short stories have been published in The Kenyon Review, Black Warrior Review, 13th Moon, and other literary magazines.

Two of her short stories were nominated for Pushcart Prizes. She has a B.A. from Oswego State, and a M.A.L.S. from Wesleyan University. She works at Yale University and lives in New Haven, Connecticut, with her family.

In her soon to be released memoir, Wild Horses of the Summer Sun, we can live vicariously through Tory as shares her journey with fellow female travelers, that begins in 2012 in Reykjavik and heads to northern Iceland, near the Greenland Sea, where they escape every June from their ordinary lives to live an extraordinary one at a horse farm perched at the edge of the world. If only for a short while. 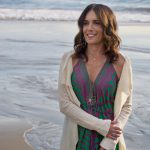 Armed with a BA in English from UCLA and an MA in Film/TV from LMU, Janna King

began her career with a job as a movie studio receptionist. She went on to become an assistant for TV executives and producers, reading much material, which in turn, prompted much writing. Her spec scripts garnered work on various one-hour dramas.

When her two children were born, she turned her focus to kids’ animation, but kept one foot in the “grown-up” live action world. Her produced credits include TV movies for Lifetime and The Hallmark Channel, series for Sony, Spelling, and more, and in children’s entertainment, Disney Junior, Warner Bros. Animation, and Children’s Television Workshop.

In her new book, Malibu Bluff, the sizzling and suspenseful followup to last summer’s must-read debut, The Seasonaires, a fresh crew of seasonaires hit the California coast and make Malibu their playground, making this a hot summer read. 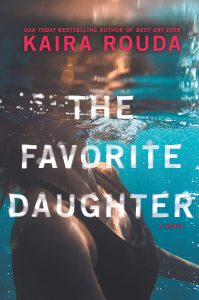 Kaira Sturdivant Rouda is an accomplished business leader, entrepreneur, national speaker and internationally bestselling and award-winning author. A former magazine editor, and society columnist, Kaira won the Stevie Award for Women in Business for creating the first female-focused residential real estate brand, Real Living, and growing the brand to more than 22 states before its sale to Berkshire Hathaway. Her first book, Real You Incorporated: 8 Essentials for Women Entrepreneurs, led to a national speaking tour where she inspired thousands.

Active in the areas of homelessness, food security, and empowering women and girls, in her twenties, as a volunteer, she created the first walk-in emergency shelter for homeless families in Central Ohio. Kaira has received numerous awards for her community service, including the national Kiwanis Service to Mankind Award, among many others. She lives in Southern California with her husband, Congressman Harley Rouda, and her four twenty-something children.

Turning to a full-time writing career, her most recent works are Best Day Ever and The Favorite Daughter, told in her signature eerily captivating voice. Both have garnered rave reviews as exceptional psychological thrillers, and we agree! 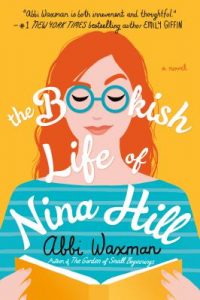 Abbi Waxman was born in England in 1970, the oldest child of two copywriters who never should have been together in the first place. Once her father ran off to buy cigarettes and never came back, her mother began a highly successful career writing crime fiction. She encouraged Abbi and her sister Emily to read anything and everything they could pull down from the shelves, and they did.

Naturally lazy and disinclined to dress up, Abbi went into advertising, working as a copywriter and then a creative director at various advertising agencies in London and New York. Clients ranged from big and traditional, (AT&T, Chase Manhattan Bank, IBM, American Express, Unilever, Mercedes-Benz) to big and morally corrupt (R. J. Reynolds) to big and larcenous (Enron).

Eventually she quit advertising, had three kids and started writing books, TV shows and screenplays, largely in order to get a moment’s peace.Abbi lives in Los Angeles with her husband, three kids, three dogs, three cats, a gecko, two mice and six chickens. Every one of these additions made sense at the time, it’s only in retrospect that it seems foolhardy.

In her new book, Abbi delivers another quirky and charming novel, this one chronicling the life of confirmed introvert Nina Hill, who does her best to fly under everyone’s radar.

To schedule a visit with Tory, Janna, Kaira, Abbi, or any of our authors, join for free here.

Event is free and open to the public (on a first-come, first-served basis); registration is not necessary. Books will be available for purchase and signing at the event, and pre-sold below. Only books purchased at the event or below will be eligible for signing. Questions about the event may be directed to the Carlsbad City Library at 760-602-2049.