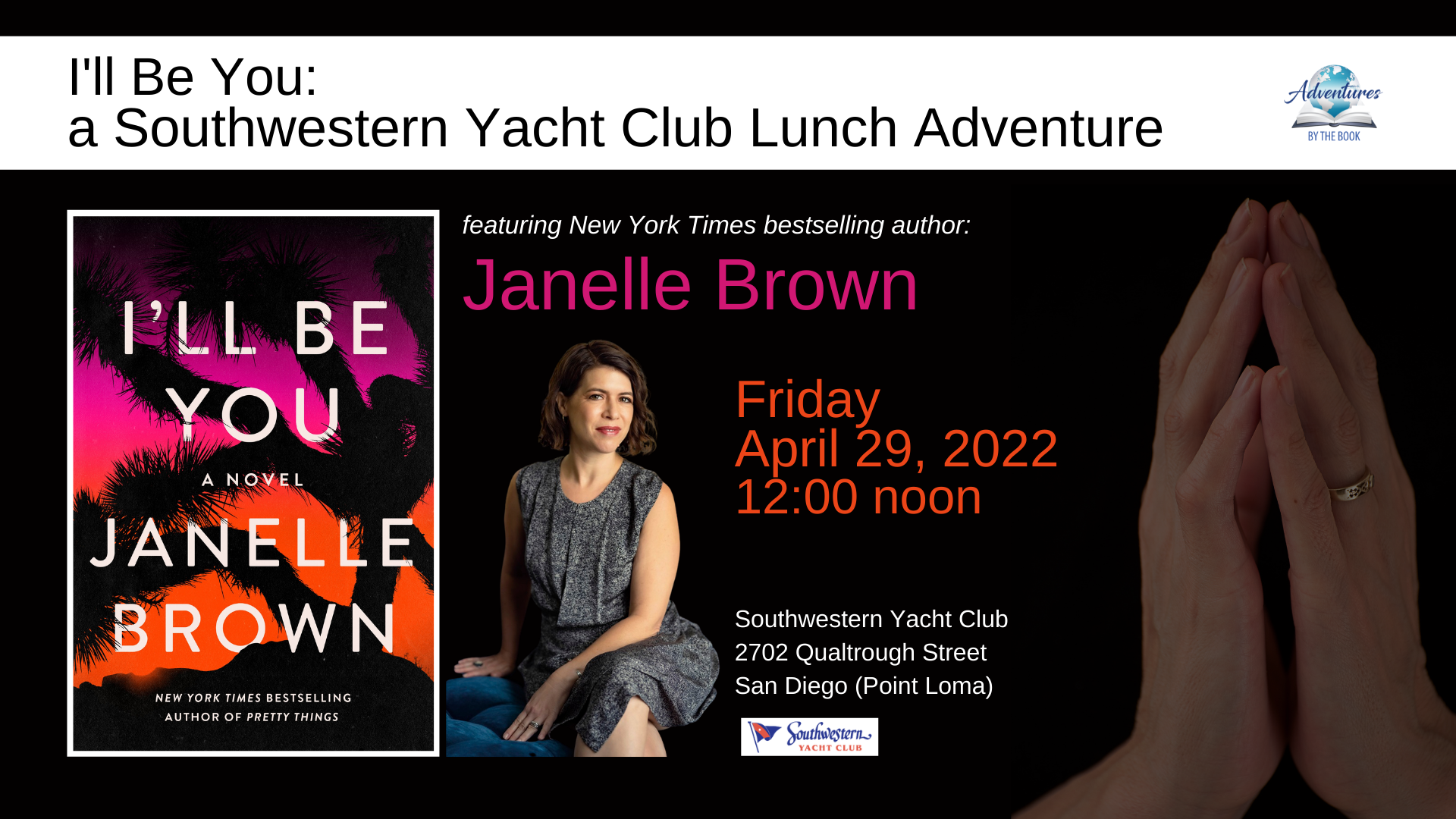 It’s time to sail onward with our 2022 Adventures by the Book live and in-person events, and we are staying on course with another exciting author lunch to be held at the esteemed Southwestern Yacht Club.

Two identical twin sisters and former child actors have grown apart—until one disappears, and the other is forced to confront the secrets they’ve kept from each other… Join us for lunch at the esteemed Southwestern Yacht Club in the beautiful Point Loma residential area within the Shelter Island Yacht Basin with New York Times bestselling author Janelle Brown as she discusses her twisty new suspense novel, I’ll Be You.

Your Adventure includes a hardcover copy of I’ll Be You to be delivered and signed at the event, lunch, beverage, tax, gratuity, and the opportunity to meet Janelle live and in-person. 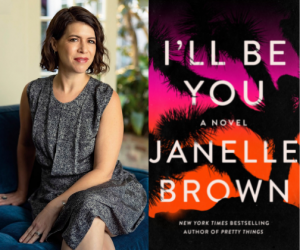 Janelle Brown is the New York Times bestselling author of the novels Pretty Things, Watch Me Disappear, All We Ever Wanted Was Everything, and This Is Where We Live. Her books have been sold in two dozen countries around the world. Pretty Things – named a Best Book of 2020 by Amazon – is currently being adapted for television by Nicole Kidman’s Blossom Films.

Her journalism and essays have appeared in The New York Times, Vogue, Elle, Wired, Self, RealSimple, The Los Angeles Times, and numerous other publications. Previously, she worked as a senior writer at Salon, and began her career as a staff writer at Wired during the dotcom boom years, working on seminal Web sites like HotWired and Wired News. In the 1990s, she was also the editor and co-founder of Maxi, an irreverent (and now, long-gone) women’s pop culture Webzine. A native of San Francisco and graduate of UC Berkeley, she has since defected to Los Angeles, where she lives with her husband Greg and their two children.

Her upcoming novel, I’ll Be You, shows Janelle at the top of her game: a story packed with surprising revelations and sharp insights about the choices that define our families and our lives—and could just as easily destroy them.

As children, Sam and Elli were two halves of a perfect whole: gorgeous identical twins whose parents sometimes couldn’t even tell them apart. And once Hollywood discovered them, they became B-list child TV stars, often inhabiting the same role. But as adults, their lives have splintered. After leaving acting, Elli reinvented herself as the perfect homemaker; meanwhile, Sam has never recovered from her failed Hollywood career, or from her addiction to the pills and booze.

Sam hasn’t spoken to her sister since her destructive behavior finally drove a wedge between them. So when her father calls out of the blue, Sam is shocked to learn that Elli’s life has been in turmoil. Now she’s stopped answering her phone and checked in to a mysterious spa in Ojai. Is her sister just decompressing, or is she in trouble? Could she have possibly joined a cult? As Sam works to connect the dots left by Elli’s baffling disappearance, she realizes that the bond between her and her sister is more complicated than she ever knew.