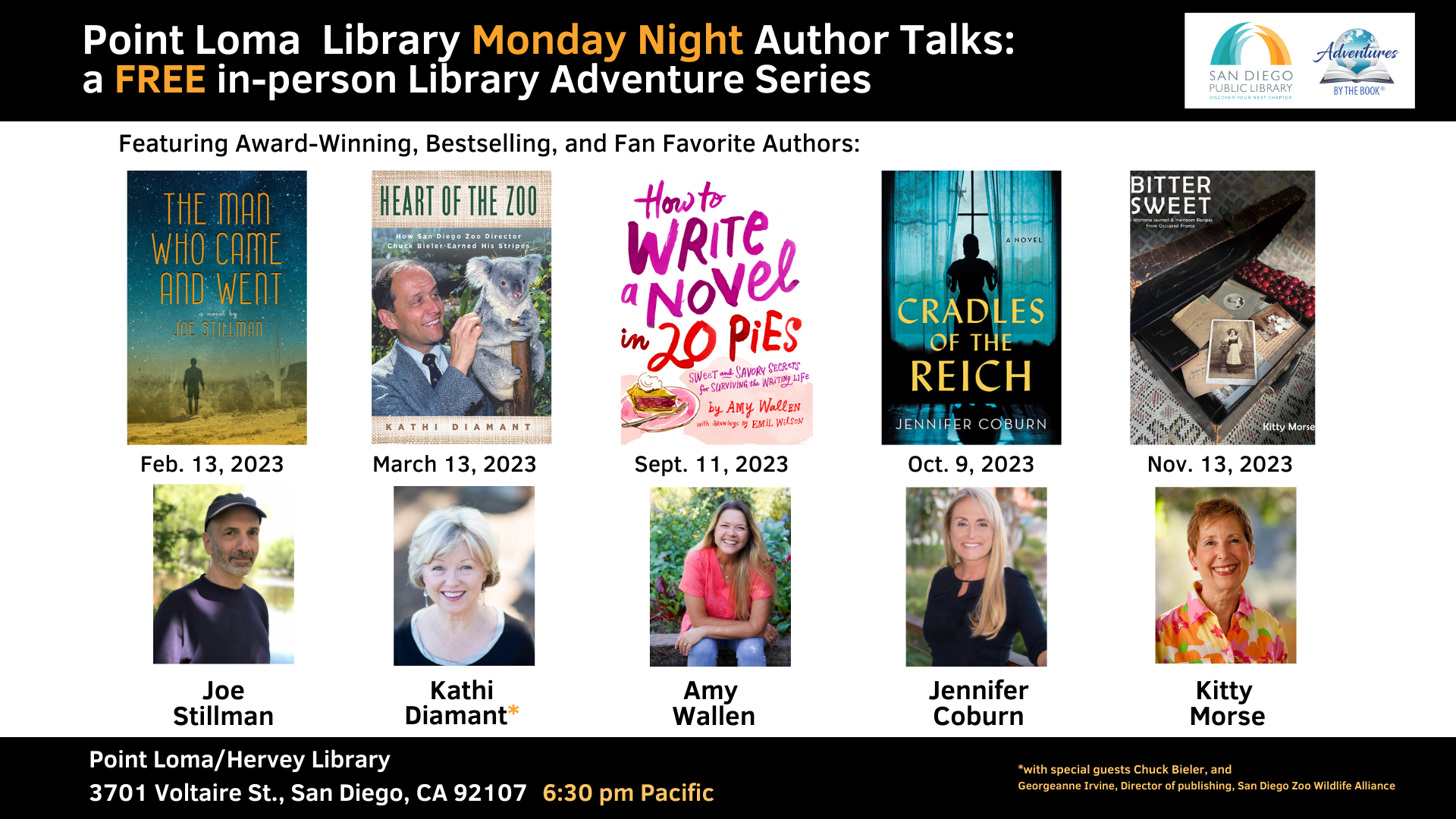 Our part 2 episode features award-winning author and actress Kathi Diamant, as she discusses her book, Heart of the Zoo: How San Diego Zoo Director Chuck Bieler Earned His Stripes. Joining her in conversation will be Chuck Bieler, the subject of Kathie’s book, and Georgeanne Irvine, Director of Publishing, San Diego Zoo Wildlife Alliance. 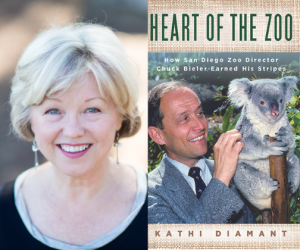 Kathi Diamant is an award-winning author, actor, broadcaster and adjunct professor at San Diego State University, where she leads the Kafka Project, the official international search to recover a lost literary treasure, the missing writings of Franz Kafka. Kathi’s award-winning book, Kafka’s Last Love: The Mystery of Dora Diamant has been reviewed by more than 60 publications and websites, internationally lauded for its original research and revelations into Dora and Kafka’s lives.

Her book, San Diego Zoo Heart of the Zoo: How San Diego Zoo Director Chuck Bieler Earned His Stripes, tells the extraordinary story of how Chuck Bieler “earned his stripes” at San Diego Zoo Wildlife Alliance. With inside stories and humorous details, it captures his tireless efforts to help create an international conservation organization where all wildlife thrives.

Chuck Bieler was executive director of the San Diego Zoo from 1972-1985, and as director emeritus has continued to work at the Zoo since then–at 53 years at the San Diego Zoo, he is its longest-serving employee. HEART OF THE ZOO is his story.

Native San Diego author Georgeanne “George” Irvine has devoted her career to raising awareness about animals and wildlife conservation. She is the director of publishing for San Diego Zoo Wildlife Alliance, where she has worked for more than four decades, as well as the author of more than two dozen children’s books about wildlife. Her worldwide expeditions have taken her to many of the wildest places on earth—from the jungles of Borneo and South America to the mountains of China and the forests of India to the Outback of Australia and the savannas of Africa. 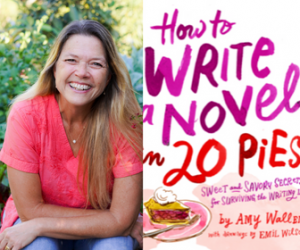 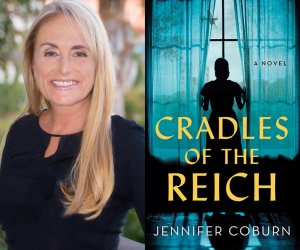 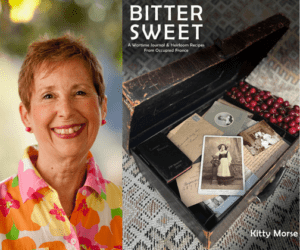