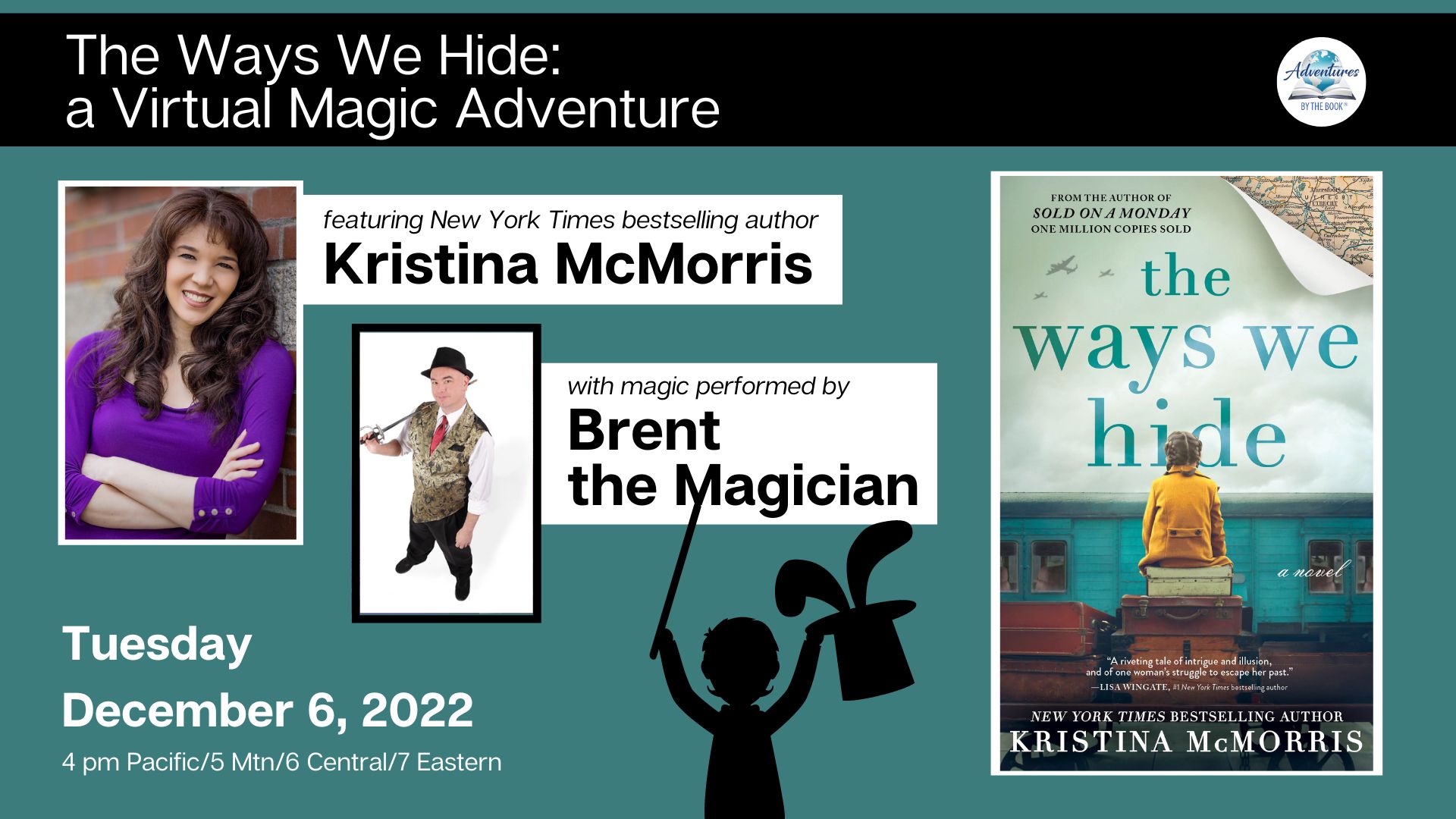 About the Virtual Adventure

In research for her new historical novel, The Ways We Hide, New York Times and international bestselling author Kristina McMorris learned a trick or two about illusionists who were tasked with designing escape aids to thwart the Germans during World War II.  What were those secrets?

While a magician may never tell, you may learn some tricks of the trade at our upcoming virtual Magic Adventure! Join Kristina, along with renowned Brent the Magician for a FREE virtual Adventure, complete with a fascinating chat with Kristina about her new book, and a free mini magic show!

It’s no illusion; this event is FREE, but we hope you will purchase a copy of Kristina’s new book, The Ways We Hide, below, so you can be entered into a drawing for a chance to win a prize… you don’t want to miss it! 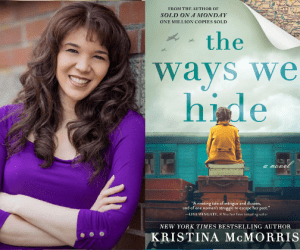 Since her debut released in 2011, Kristina’s published works have expanded to include the novels Bridge of Scarlet Leaves, The Pieces We Keep, The Edge of Lost, and Sold on a Monday, a runaway bestseller with over 1,000,000 copies sold. Her books have been translated into multiple languages and appeared in compilations by Readers Digest, Doubleday, the Literary Guild, and more.

Inspired by stunning true accounts, her new book, The Ways We Hide, is a  sweeping World War II tale of an illusionist whose recruitment by British intelligence sets her on a perilous, heartrending path.

As a little girl raised amid the hardships of Michigan’s Copper Country, Fenna Vos learned to focus on her own survival. That ability sustains her even now as the Second World War rages in faraway countries. Though she performs onstage as the assistant to an unruly escape artist, behind the curtain she’s the mastermind of their act. Ultimately, controlling her surroundings and eluding traps of every kind helps her keep a lingering trauma at bay.

Yet for all her planning, Fenna doesn’t foresee being called upon by British military intelligence. Tasked with designing escape aids to thwart the Germans, MI9 seeks those with specialized skills for a war nearing its breaking point. Fenna reluctantly joins the unconventional team as an inventor. But when a test of her loyalty draws her deep into the fray, she discovers no mission is more treacherous than escaping one’s past.

The Ways We Hide is a gripping story of love and loss, the wars we fight―on the battlefields and within ourselves―and the courage found in unexpected places.

About Brent the Magician 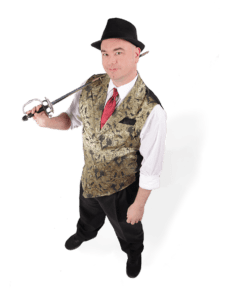 Brent Allan began his love of magic as a teenager, when he saw a professional magician perform magic table-side at a restaurant. Front hat point on, he was hooked, and began to learn different performance arts. He has made his living performing for the past 18 years, and has expanded his skills to include magic, juggling, ventriloquism, stage hypnosis, as well as sideshow arts such as fire-eating and sword swallowing.

These days he performs over 150 shows a year, and travels all over the United States bringing amazement and amusement to people of all ages.