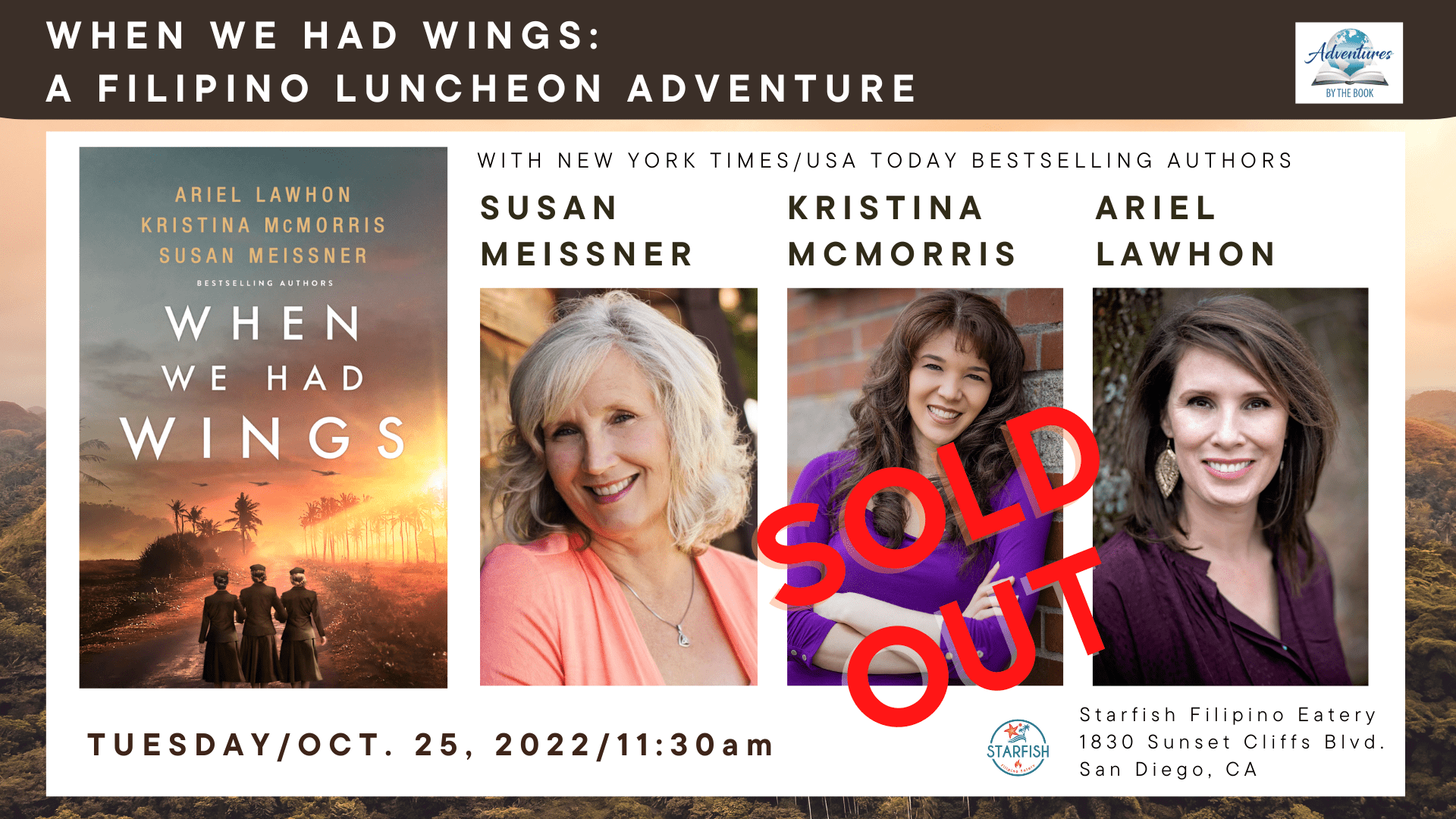 About the Live and In-Person Adventure

THIS EVENT IS SOLD OUT! To add your name to the wait list, please email Amber at events@adventuresbythebook.com

The story of these “Angels of Bataan” comes to life courtesy of three talented Angels of Literature, ALL three of whom you will meet in person at our When We Had Wings Filipino Luncheon Adventure. Please join us in welcoming back former San Diego resident Susan Meissner, together with Kristina McMorris and Ariel Lawhon, as they discuss their new book, When We Had Wings, over a delicious Filipino lunch courtesy of Starfish Filipino Eatery, THE place to go for modern Philippine cuisine!

Your Adventure includes a delicious Filipino luncheon to include appetizer, salad, your choice of entree, choice of dessert, soft beverage, tax, gratuity, author presentation, book signing, and the opportunity to engage in meaningful conversation with Susan and Kristina in an authentic and intimate setting.

And don’t forget to take advantage of a special pre-order discount below for their book to be delivered and signed at the event. Books will also be available for signing at the event at regular price. 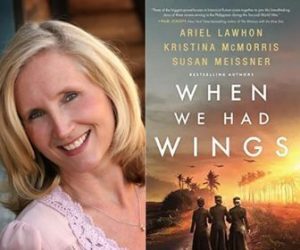 Susan Meissner is a USA Today bestselling author of historical fiction with more than three-quarters of a million books in print in eighteen languages. She is an author, speaker and writing workshop leader with a background in community journalism.

Her novels include The Nature of Fragile Things, which earned a starred review in Publishers Weekly; The Last Year of the War, named to Real Simple magazine’s list of best books for 2019; As Bright as Heaven, which earned a starred review in Library Journal; Secrets of Charmed Life, a Goodreads finalist for Best Historical Fiction 2015; and A Fall of Marigolds, named to Booklist’s Top Ten Women’s Fiction titles for 2014.

To schedule a book club visit with Susan or any of our authors on NovelNetwork: 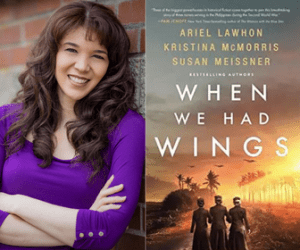 Since her debut released in 2011, in addition to her novellas in the anthologies A Winter Wonderland and Grand Central, Kristina’s published works have expanded to include the novels Bridge of Scarlet Leaves, The Pieces We Keep, The Edge of Lost, and Sold on a Monday, a runaway bestseller with over 1,000,000 copies sold. Her books have been translated into multiple languages and appeared in compilations by Readers Digest, Doubleday, the Literary Guild, and more. 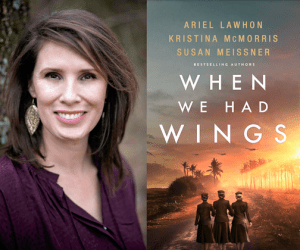 Ariel Lawhon is a critically-acclaimed, New York Times author of historical novels including The Wife the Maid and the Mistress, Flight of Dreams, I Was Anastasia, and Code Name Helene. Her books have been translated into numerous languages and have been Library Reads, One Book One County, Indie Next, Costco, Amazon Spotlight, and Book of the Month Club selections.

Ariel lives in the rolling hills outside Nashville, Tennessee, with her husband and four sons. Ariel splits her time between the grocery store and the baseball field.

Based on the true experiences of nurses dubbed “The Angels of Bataan,” When We Had Wings is about three women who shift in and out of each other’s lives through the darkest days of the war, buoyed by their unwavering friendship and distant dreams of liberation.

The Philippines, 1941. When U.S. Navy nurse Eleanor Lindstrom, U.S. Army nurse Penny Franklin, and Filipina nurse Lita Capel forge a friendship at the Army Navy Club in Manila, they believe they’re living a paradise assignment. All three are seeking a way to escape their pasts, but soon the beauty and promise of their surroundings give way to the heavy mantle of war.

Caught in the crosshairs of a fight between the U.S. military and the Imperial Japanese Army for control of the Philippine Islands, the nurses are forced to serve under combat conditions and, ultimately, endure captivity as the first female prisoners of the Second World War. As their resiliency is tested in the face of squalid living arrangements, food shortages, and the enemy’s blatant disregard for the articles of the Geneva Convention, the women strive to keep their hope— and their fellow inmates—alive, though not without great cost.

Not in San Diego or cannot attend the event? No worries, we are happy to ship books directly to you, after we get Susan Meissner and Kristina McMorris to sign your copy. Just click on the shipped book option below. 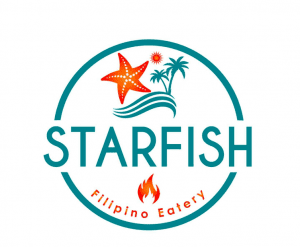 Starfish Filipino Eatery is created to bring the flavors of the Philippine Islands in a modern contemporary flavor profile. Using the freshest ingredients and produce we believe it is the most important part of any cuisine. Although not a typical Filipino eatery that serves all kinds of regional dishes, Starfish has classic dishes that are served in more traditional style as well.

The cuisine is a blend of Asian and Spanish influences. The Philippines was colonized by Spain for 300 years and the cuisine has evolved to include many of Spanish style dishes such as Paella, Tapas, Tortas, etc. Starfish Filipino Eatery is focusing on bringing those bold Spanish/Asian flavors to its menu.

Special dishes are those that are inspired by the owner’s global travels. Spices, sauces, seasonings and culinary techniques help bring out the uniqueness of these dishes. You will always find something new on the menu as it is inspired by what the season brings to the markets.

For those who love Philippine food and those who are adventurous and want to try different bold flavors and some unique Asian/Spanish dishes, Starfish Filipino Eatery is the place for you!