OWN IT: The Power of Women at Work Adventure with Sallie Krawcheck 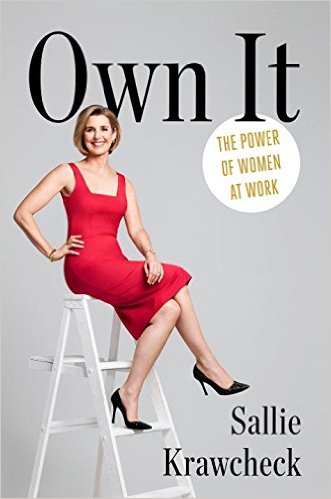 Adventures by the Book™ is pleased to partner with Watermark for a OWN IT: The Power of Women at Work Adventure with Sallie Krawcheck, author, Co-founder and CEO of Ellevest, and Chair of Ellevate Network (a professional networking community whose mission is to advance women in business).

Weren’t women supposed to have “arrived”? Perhaps with the nation’s first female President, equal pay on the horizon, true diversity in the workplace to come thereafter? Or, at least the end of “fat-shaming” and “locker room talk”?

Well, we aren’t quite there yet. But does that mean that progress for women in business has come to a screeching halt?  It’s true that the old rules didn’t get us as far as we hoped. But we can go the distance, and we can close the gaps that still exist. We just need a new way.

In fact, there are many reasons to be optimistic about the future, says former Wall Street powerhouse-turned-entrepreneur Sallie Krawcheck.  That’s because the business world is changing fast –driven largely by technology – and it’s changing in ways that give us more power and opportunities than ever…and even more than we yet realize.

Success for professional women will no longer be about trying to compete at the men’s version of the game, she says. And it will no longer be about contorting ourselves to men’s expectations of how powerful people behave. Instead, it’s about embracing and investing in our innate strengths as women – and bringing them proudly and unapologetically, to work. When we do, Krawcheck says, we gain the power to advance in our careers in more natural ways. We gain the power to initiate courageous conversations in the workplace. We gain the power to forge non-traditional career paths; to leave companies that don’t respect our worth, and instead, go start our own. And we gain the power to invest our economic muscle in making our lives, and the world, better.

In OWN IT: The Power of Women at Work, Krawcheck draws on her experiences at the highest levels of business, both as one of the few women at the top rungs of the biggest boy’s club in the world and as an entrepreneur, to show women how to seize this seismic shift in power to take their careers to the next level.

Don’t miss this opportunity to join Watermark in celebrating women’s achievements and power with this awesome author talk. 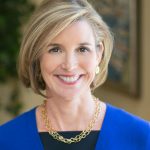 Sallie Krawcheck is the Co-founder and CEO of Ellevest, an innovative digital investment platform designed to help women reach their financial goals. She is also Chair of Ellevate Network, a professional networking community whose mission is to advance women in business. She is one of the highest ranked women ever to have worked on Wall Street, having held posts such as CEO of Smith Barney, CEO of Merrill Lynch Wealth Management, and CFO of Citigroup.

With a reputation for integrity, creativity, independence of thought, a sense of humor and an unrelenting focus on results, Sallie Krawcheck has built a career that has reached the top levels of success across a range of functions: as a senior corporate executive, as a research analyst and now as an entrepreneur. Recently named number 9 on Fast Company’s list of the “100 Most Creative People 2014,” she has also been referred to as one of the most successful and influential executives in financial services. From turning around and growing troubled wealth management businesses to eliminating Wall Street conflicts of interest and advocating a true client-centered business model, Fortune Magazine called her “The Last Honest Analyst” during her tenure at Sanford Bernstein. She spent years as the guardian of such brands as Smith Barney, Merrill Lynch and US Trust.

Krawcheck has often noted that “Investing in women is simply smart business” and her professional mission is to help women reach their financial and professional goals. She is the CEO and Co-Founder of Ellevest, a just-launched digital investment platform for women. She is the Chair of Ellevate Network, a many-thousand-strong global professional woman’s network. And she is the Chair of the Pax Ellevate Global Women’s Index Fund, which invests in the top-rated companies for advancing women.

Krawcheck’s embrace of social media as a means of including more people in her frank business conversations on women and business, regulatory reform and investor protection has garnered her more than 1,500,000 followers as a LinkedIn’s INfluencer and more than 41,000 followers on Twitter.

A Tar Heel fan through and through, Krawcheck also spends her time advising start-up companies, focusing on education-oriented philanthropy and serving on a variety of boards.