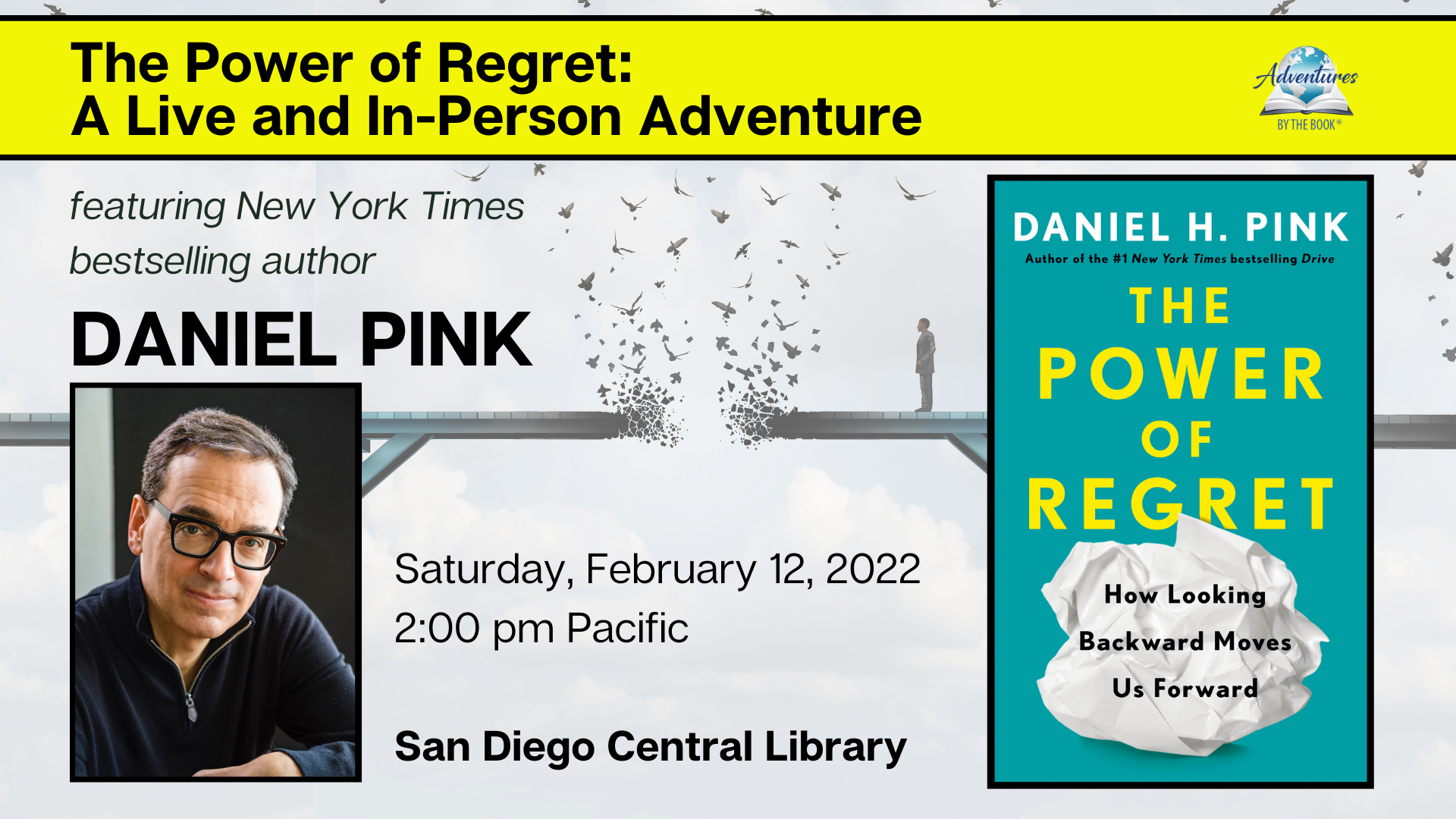 “No regrets.”  How many of us have embraced this philosophy of life? Now, New York Times bestselling author, Daniel Pink, boldly proclaims in his new book, The Power of Regret: How Looking Backward Moves Us Forward,  that this philosophy is nonsense, and perhaps even dangerous. Everyone has regrets, he says, but if we reckon with them in fresh and imaginative ways, we can enlist our regrets to make smarter decisions, perform better at work and school, and deepen our sense of meaning and purpose.

Join us, together with the San Diego Central Library,  for a live and in-person afternoon presentation by Daniel about his bold new book and his own World Regret Survey, which has collected regrets from more than 16,000 people in 105 countries. In The Power of Regret, Daniel identifies the four core regrets that most people have. By understanding what people regret the most, we can understand what they value the most. And by following the simple, science-based, three-step process that he sets out, we can transform our regrets in a positive force for working smarter and living better.

Your Adventure includes author presentation, a hardcover copy of The Power of Regret, tax, Q&A, book signing, and the opportunity to meet New York Times bestselling author Daniel Pink. Your book will be conveniently delivered to you at the event for signing. 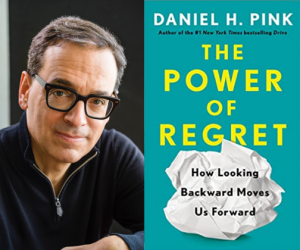 Daniel H. Pink is the New York Times bestselling author of 7 books about business, work, creativity, and behavior, including When, A Whole New Mind, Drive, and To Sell is Human, which have won multiple awards, have been translated into 42 languages, and have sold millions of copies around the world.

Daniel was host and co-executive producer of “Crowd Control,” a television series about human behavior on the National Geographic Channel that aired in more than 100 countries. He has appeared frequently on NPR, PBS, ABC, CNN, and other TV and radio networks in the US and abroad.

In his forthcoming work, The Power of Regret: How Looking Backward Moves Us Forward, Daniel Pink explains that everybody has regrets, which are a universal and healthy part of being human, but by understanding how regret works, we can make smarter decisions, perform better at work and school, and bring greater meaning to our lives.

Drawing on research in social psychology, neuroscience, and biology, Pink debunks the myth of the “no regrets” philosophy of life. And using the largest sampling of American attitudes about regret ever conducted as well as his own World Regret Survey—which has collected regrets from more than 15,000 people in 105 countries—he lays out the four core regrets that each of us has. These deep regrets offer compelling insights into how we live and how we can find a better path forward.

As he did in his bestsellers Drive, When, and A Whole New Mind, Pink lays out a dynamic new way of thinking about regret and frames his ideas in ways that are clear, accessible, and pragmatic. Packed with true stories of people’s regrets as well as practical takeaways for reimagining regret as a positive force, The Power of Regret shows how we can live richer, more engaged lives.

About the San Diego Central Library

The San Diego Central Library is a popular destination that connects our diverse community to free educational and cultural resources that will enrich their lives. 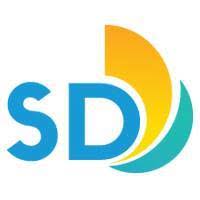