A Ballad of Love and Glory: a San Diego Brunch Adventure with Award-Winning Author Reyna Grande 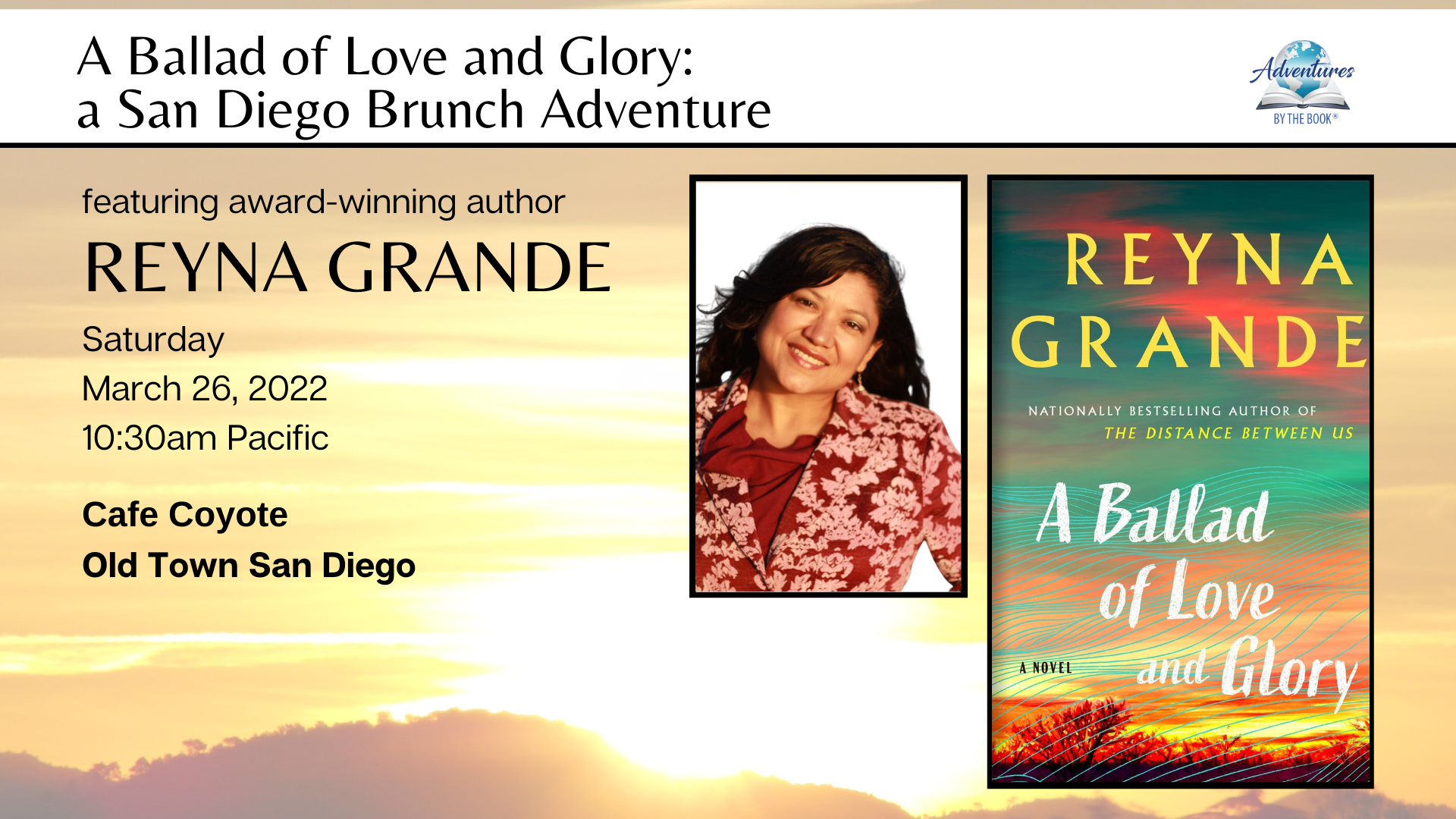 About the Live, In Person, Event

Who doesn’t love a beautifully written ballad? Leave it to award-winning author Reyna Grande to create A Ballad of Love and Glory, her sweeping new historical saga set during the Mexican-American War.

Join one of our favorite authors at one of our favorite restaurants, Café Coyote in Old Town for this special morning Adventure that includes a delicious Mexican brunch, chips and salsa, a soft beverage, tax, gratuity, author presentation, book signing, and the opportunity to engage in meaningful and intimate conversation with Reyna as she discusses her new book.

And if you want to enjoy the full VIP experience, make sure to select the VIP Event option below, which includes brunch, together with a margarita (or mimosa or bloody mary), priority seating, and a hardcover copy of A Ballad of Love and Glory.

PLEASE NOTE: Only books purchased below or at the event will be eligible for signing. 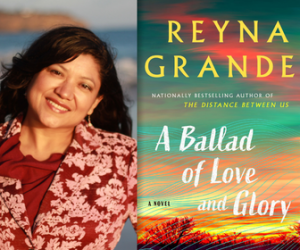 Writing about immigration, family separation, language trauma, the price of the American Dream, and her writing journey, Reyna Grande’s work has appeared in The New York Times, the Dallas Morning News, CNN, The Lily at The Washington Post, Buzzfeed, among others. In March 2020, she was a guest in Oprah’s Book Club. Reyna has received an American Book Award, the El Premio Aztlán Literary Award, and the International Latino Book Award. In 2012, she was a finalist for the prestigious National Book Critics Circle Awards, and in 2015 she was honored with a Luis Leal Award for Distinction in Chicano/Latino Literature.

Her latest novel, A Ballad of Love and Glory, follows a Mexican army nurse and an Irish soldier who must fight, at first for their survival and then for their love, amidst the atrocity of the Mexican-American War. The year is 1846. After the controversial annexation of Texas, the US Army marches south to provoke war with México over the disputed Río Grande boundary.​

Ximena Salomé is a gifted Mexican healer who dreams of building a family with the man she loves on the coveted land she calls home. But when Texas Rangers storm her ranch and shoot her husband dead, her dreams are burned to ashes. Vowing to honor her husband’s memory and defend her country, Ximena uses her healing skills as an army nurse on the frontlines of the ravaging war.

Meanwhile, John Riley, an Irish immigrant in the Yankee army desperate to help his family escape the famine devastating his homeland, is sickened by the unjust war and the unspeakable atrocities against his countrymen by nativist officers. In a bold act of defiance, he swims across the Río Grande and joins the Mexican Army—a desertion punishable by execution. He forms the St. Patrick’s Battalion, a band of Irish soldiers willing to fight to the death for México’s freedom.

When Ximena and John meet, a dangerous attraction blooms between them. As the war intensifies, so does their passion. Swept up by forces with the power to change history, they fight not only for the fate of a nation but for their future together.

For over 30 years Café Coyote has remained one of San Diego’s Landmark Restaurants located in the Heart of Old Town San Diego’s Historic Walking District. A friendly staff, loyal patrons, delicious Mexican Food, and a Festive Atmosphere have contributed to Café Coyote’s being Voted Best Mexican Restaurant 18 Years In A Row!