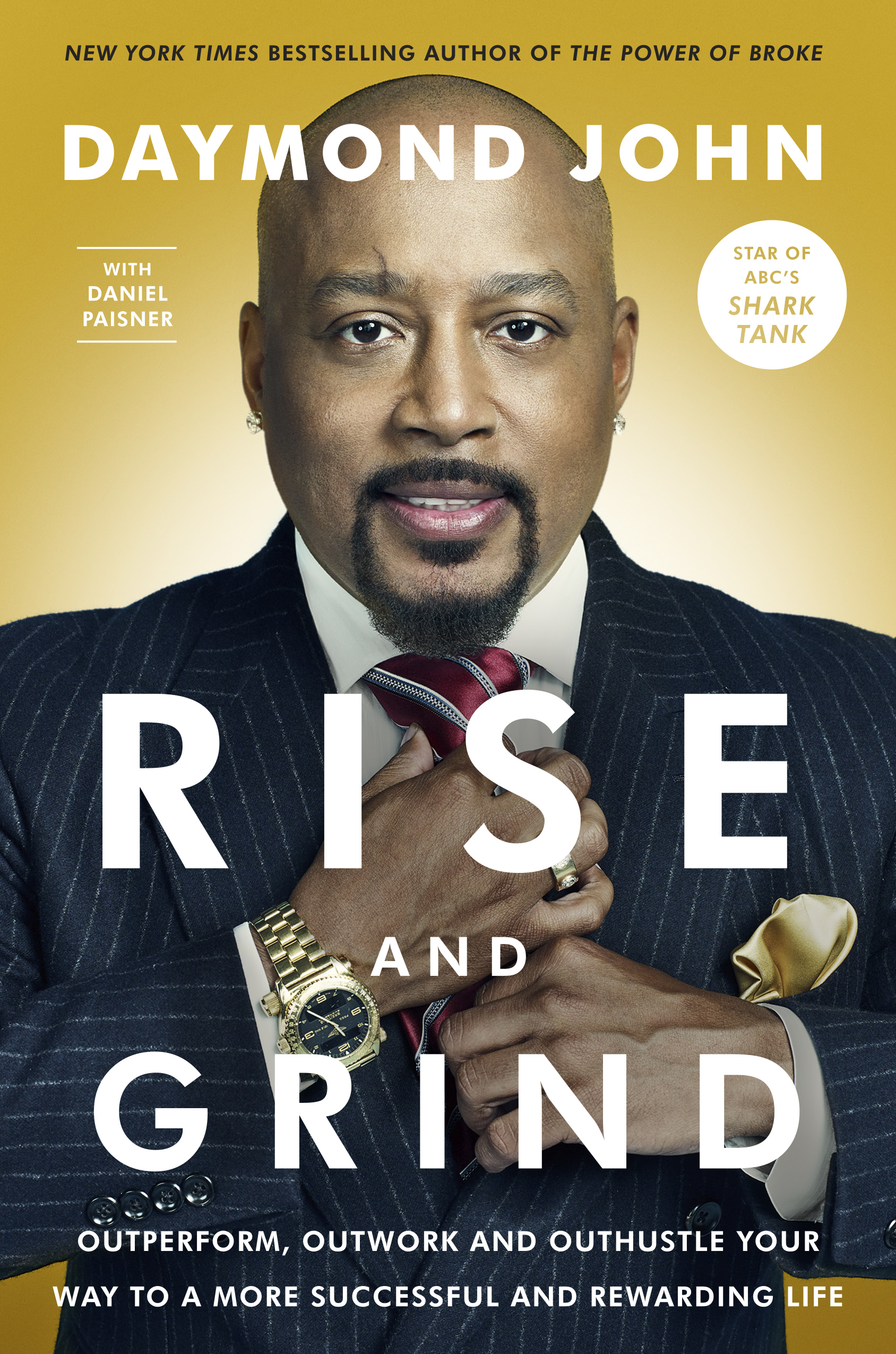 in conversation with Falon Fatemi, founder and CEO of Node

Have you wondered how you can outperform, outwork and outhustle your way to a successful and rewarding life? Well, Daymond John is here to reveal the not-so-secret formula to his success.

Your Adventure includes an afternoon with Daymond John, in conversation with Falon Fatemi, Q&A, and the opportunity to meet Daymond and Falon in a fun setting. Signed, first edition, hardcover copies of Daymond John’s book, Rise and Grind, will be available for sale at the event. 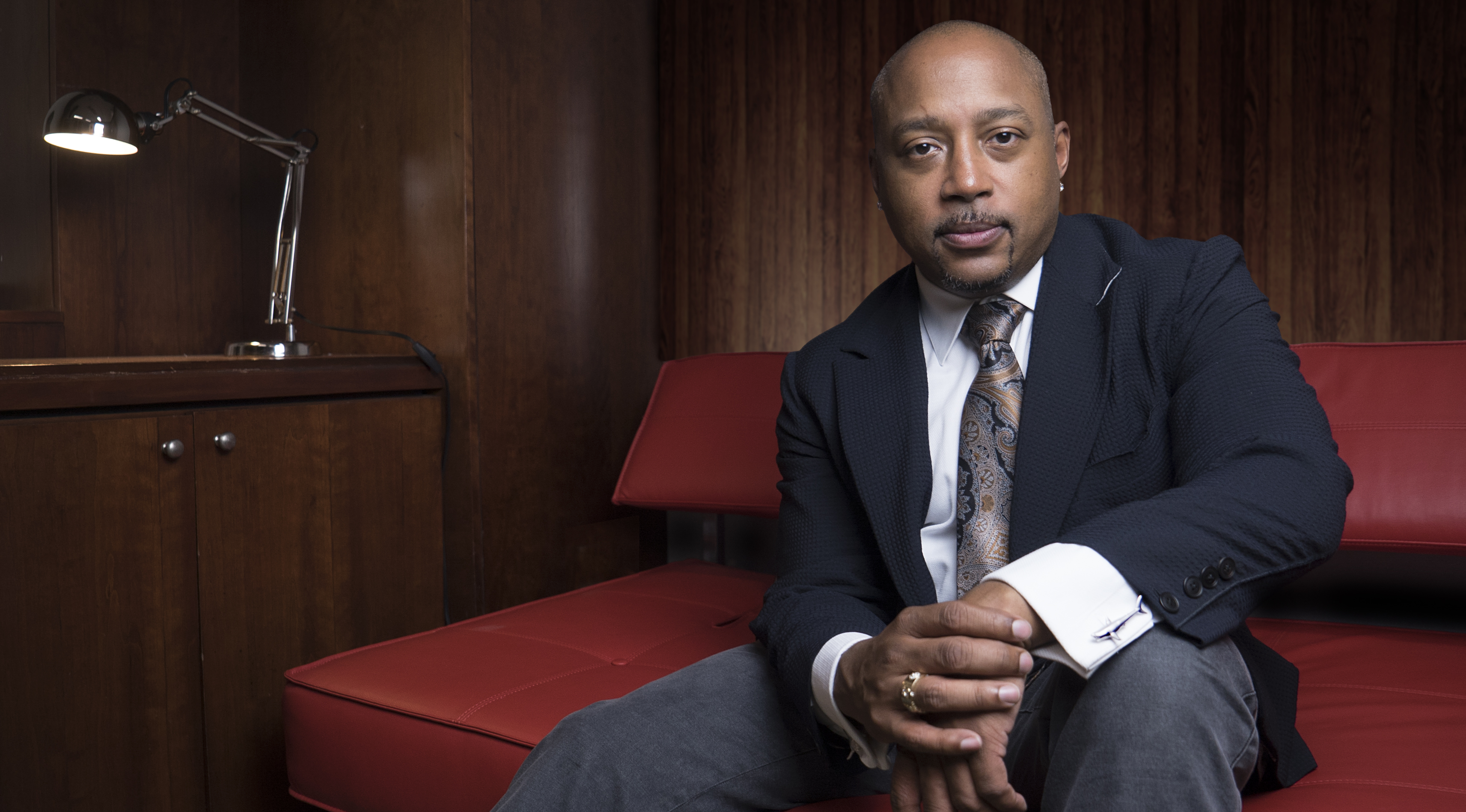 From his wildly successful role on ABC’s smash hit, Shark Tank, to his distinguished status as a Presidential Ambassador for Global Entrepreneurship, Daymond John has become globally recognized for his relentless commitment to promoting and supporting entrepreneurs.

Daymond initially made his mark as the entrepreneur and branding expert behind the groundbreaking lifestyle brand, FUBU, which eclipsed more than $6 billion in global retail sales. From the streets of Hollis, Queens, Daymond started a global movement from the basement of his mother’s house by capitalizing on the then fledgling hip-hop culture. Today, the streetwear market that FUBU pioneered is a $20 billion dollar industry.

Since then, Daymond has continued to challenge himself and the business world in which he operates. In 2009, Daymond was tapped by lauded television producer, Mark Burnett, to join the cast of a new business-reality concept, Shark Tank. After 8 seasons, 3 Emmy Awards, multiple Critic’s Choice Awards and millions of dollars in investments, the show has become the most watched program on Friday nights, and one of the most successful business reality series of all time. Over the course of the series, Daymond has been a mainstay of the cast of Sharks and is now affectionately referred to as, “The People’s Shark.” Season 9 was shot in June of 2017 and will air on Sunday nights later in the year.

A recipient of more than thirty-five awards, including the Brandweek Marketer of the Year and Ernst & Young’s Master Entrepreneur of the Year, Daymond serves as CEO of the brand consultancy, The Shark Group, which specializes in brand strategy and development, artist relations and talent development. Under Daymond’s leadership, The Shark Group has re- written the script on how companies, brands and products can seamlessly work together to yield a sum greater than its parts. The Shark Group works with a wide range of businesses and brands, including Capital One, HSN, Forbes, Miller Lite, Gillette, Shopify and Infusionsoft and superstars such as Muhammad Ali, the Kardashians, Pitbull, Stan Lee, Carlos Santana, Jillian Michaels and others.

Falon Fatemi is the founder and CEO of the trailblazing San Francisco based artificial intelligence startup company, Node. As the youngest employee at Google at aged 19, Falon learned early on what it takes to Rise and Grind. She eventually left to start her own company and earned the trust and respect of another Shark Tank star, Mark Cuban, who offered a substantial investment in Node. It seems that Daymond isn’t the only one with Shark Tank ties.

Node is an Artificial Intelligence-based discovery engine that identifies personalized and relevant opportunities that matter to individuals and businesses.