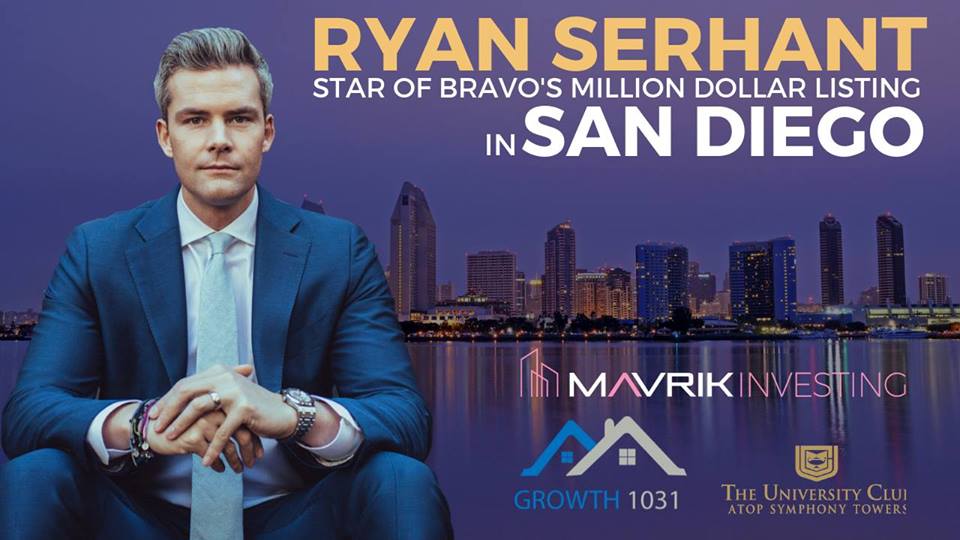 Adventures by the Book is excited to announce the appearance of Ryan Serhant, star of Bravo TV’s hit show, Million Dollar Listing New York, at an evening event at the luxurious University Club atop Symphony Towers in downtown San Diego. Appearing courtesy of Adventures by the Book,  this unique event is being hosted by Growth 1031 Inc., in association with Marvrik Investing.

NOTE:  This is not an Adventures by the Book event, so all event questions should be directed to Growth 1031, Inc. 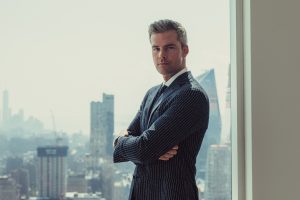 Ryan Serhant is a costar on Bravo’s Emmy-nominated hit show Million Dollar Listing New York and the star of his own spin-off show Sell It Like Serhant. Ryan fell into real estate by accident after giving up his acting career and hand modeling in NYC. Serhant hit a career wall after his debit card was declined at a grocery store buying tofu in 2008 and decided to get a real-estate license. Serhant has learned that success is born from a balance of fear and motivation. The Serhant Team, the top New York real-estate team by sales volume, closed deals worth more than $838.2 million in 2017.