Stories of the Past Brunch Adventure 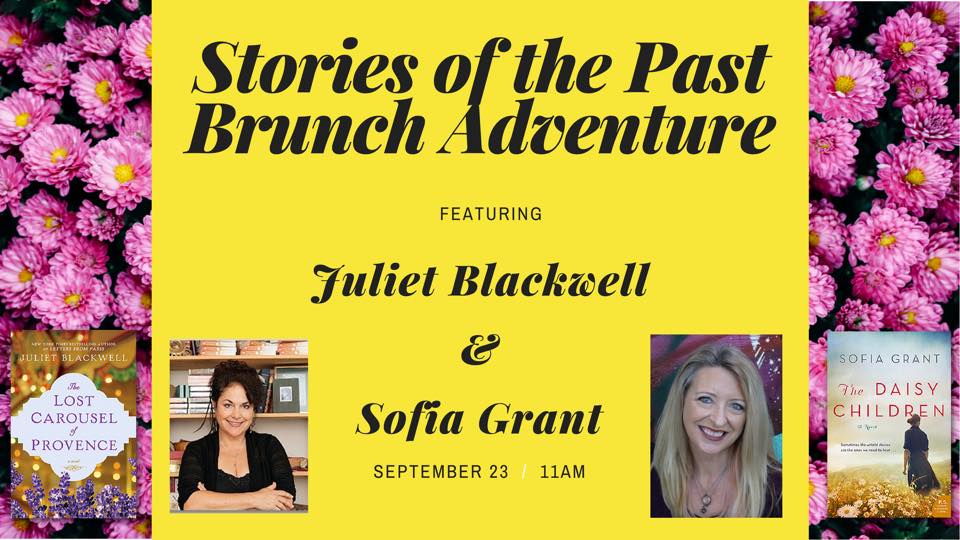 Join us as we celebrate critically acclaimed authors Juliet Blackwell and Sofia Grant’s newest novels, The Lost Carousel of Provence and The Daisy Children. Both are powerfully moving new novels about unraveling secrets in history, finding the binding stories that unite people, and how sometimes the untold secrets of the past are the ones we need to hear. 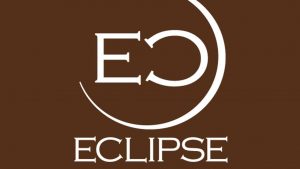 If you love food and literature as much as we do, you won’t want to miss this fabulous Adventure. At one of San Diego’s most decadent bistros, Eclipse Bar & Bistro, we will feast on a delicious brunch while we listen to Juliet and Sofia discuss their new newest novels and the ways in which learning about the past can help mend the present.

Your Adventure includes a delicious brunch meal, a small chocolate tasting combo, salted caramel place settings, your choice of tea, iced tea, or coffee, tax, gratuity, author presentations, book signing, and the chance to meet the authors up-close and personal in an intimate and decadent setting. 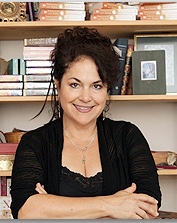 Juliet Blackwell is the New York Times bestselling author of Letters from Paris and The Paris Key. She also writes the Witchcraft Mystery series and the Haunted Home Renovation series. As Haily Lind, Blackwell wrote the Agatha-nominated Art Lover’s Mystery series. A former anthropologist, social worker, and professional artist, Juliet is a Califronia native who has spent time in Mexico, Spain, Cuba, Italy, the Philippines, and France.

In her newest novel, The Lost Carousel of Provence,  long, lonely years have passed for the crumbling 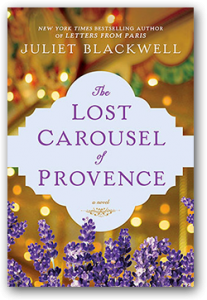 Château Clement, nestled well beyond the rolling lavender fields and popular tourist attractions of Provence. Once a bustling and dignified ancestral estate, now all that remains is the château’s gruff, elderly owner and the softly whispered secrets of generations buried and forgotten.

But time has a way of exposing history’s dark stains, and when American photographer Cady Drake finds herself drawn to the château and its antique carousel, she longs to explore the relic’s shadowy origins beyond the small scope of her freelance assignment. As Cady digs deeper into the past, unearthing century-old photographs of the Clement carousel and its creators, she might be the one person who can bring the past to light and reunite a family torn apart. 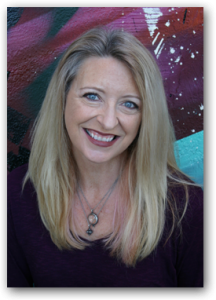 Called a “writing machine” by the New York Times and a “master storyteller by the midwest review, Sofia Grant has written dozens of novels for adults and teens under the name Sophie Littlefield. She has won Anthony and RT Book Awards and been shortlisted for Edgar®, Barry, Crimespree, Macavity, and Goodreads Choice Awards.

In her newest novel, The Daisy Children, when Katie Garrett gets the unexpected news that she’s received an inheritance from the grandmother she hardly knew, it couldn’t have come at a better time. She flees Boston—and her increasingly estranged husband—and travels to rural Texas. 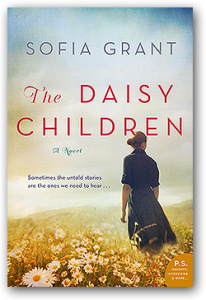 There, she’s greeted by her distant cousin Scarlett. Friendly, flamboyant, eternally optimistic, Scarlett couldn’t be more different from sensible Katie. And as they begin the task of sorting through their grandmother’s possessions, they discover letters and photographs that uncover the hidden truths about their shared history, and the long-forgotten tragedy of the New London school explosion of 1937 that binds them. Inspired by true events, this unforgettable story is one of hope, healing, and the discovery of truth.