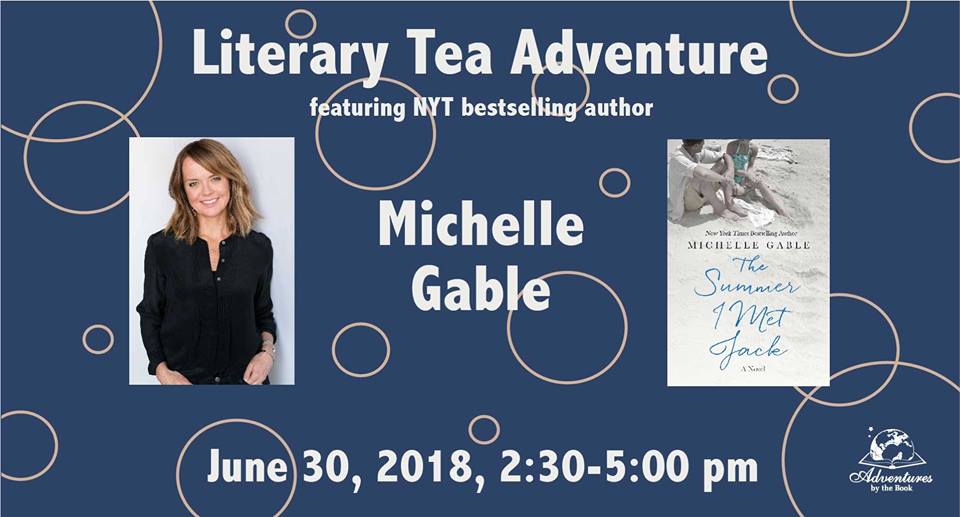 in partnership with The Westgate Hotel

We are thrilled to announce our Summer 2018 Literary Tea Adventure featuring Michelle Gable, New York Times bestselling author of A Paris Apartment, I’ll See You in Paris, and The Book of Summer.  Join us as we celebrate her new novel, The Summer I Met Jack, in which she imagines the affair between John F. Kennedy and Alicia Corning Clark.

You won’t want to miss this decadent event at the historic Westgate Hotel. Over books, bubbly, and delectable tea treats like crab cakes, scones, & seasonal berries, we will bask in a marvelous afternoon with Michelle Gable. As we dine, Michelle will share the fascinating real life story behind her novel, of Alicia Corning Clark, a woman who J. Edgar Hoover insisted was paid by the Kennedys to keep quiet, not only about her romance with Jack Kennedy, but also a baby they may have had together.

Your Adventure includes an elegant tea in the historic heart of San Diego, book discussion, Q&A, author signing, and an opportunity to meet the author up close and personal in an intimate and luxurious setting.

Books will be available for purchase and signing during the tea, or pre-order your copy below for delivery and signing at the event. 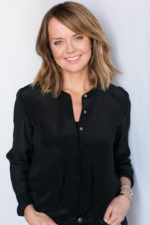 Michelle Gable’s new novel, The Summer I Met Jack, is based on a real story. In 1950, a young, beautiful Polish refugee arrives in Hyannisport, Massachusetts to work as a maid for one of the wealthiest families in America. Alicia is at once dazzled by the large and charismatic family, in particular the oldest son, a rising politician named Jack.

Alicia and Jack are soon engaged, but his domineering father forbids the marriage. And so, Alicia trades Hyannisport for Hollywood, and eventually Rome. She dates famous actors and athletes and royalty, including Gary Cooper, Kirk Douglas, and Katharine Hepburn, all the while staying close with Jack. A decade after they meet, on the eve of Jack’s inauguration as the thirty-fifth President of the United States, the two must confront what they mean to each other.

Michelle is the New York Times and USA Today bestselling author of  A Paris Apartment, I’ll See You in Paris, and The Book of Summer. She also has numerous other, what she calls, never-to-be-seen books that will forever remain stored in her childhood bedroom. The Summer I Met Jack is her fourth novel.