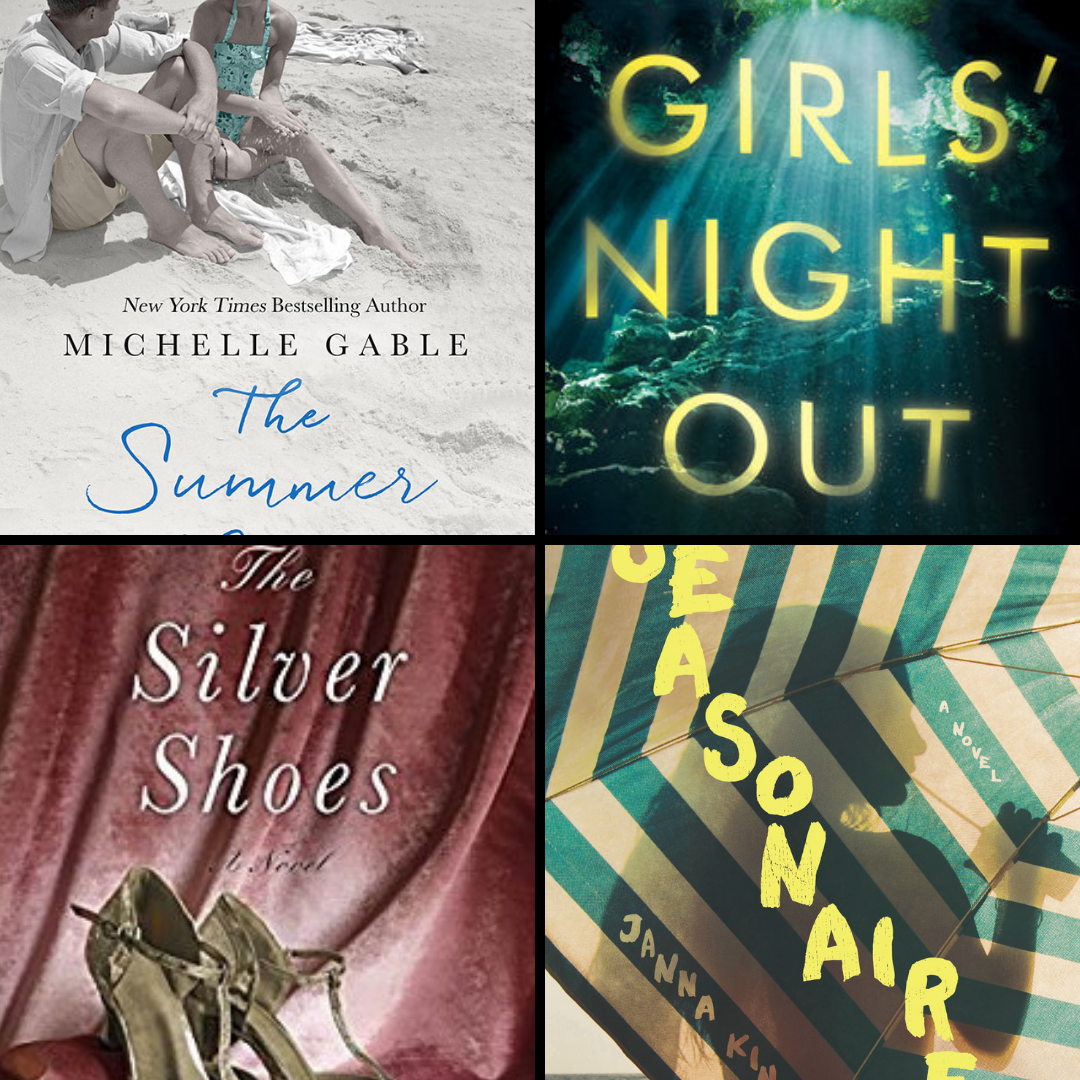 Adventures by the Book™ is pleased to partner with the Carlsbad City Library for a Free Library Adventure with authors Michelle Gable, Liz Fenton, Janna King, and Jill Hall. Join us as we delve into 1950s romances and scandals, a time-ticking mystery and secrets, romances entwined decades apart, and darkness hidden by summer pleasures.

This free Adventure includes a book discussion, Q&A, book signing, and the opportunity to meet the authors up close and personal. 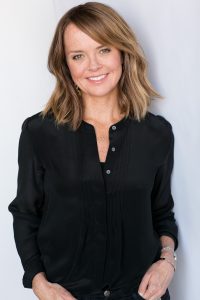 Michelle is the New York Times and USA Today bestselling author of  A Paris Apartment, I’ll See You in Paris, and The Book of Summer. She also has numerous other, what she calls, never-to-be-seen books that will forever remain stored in her childhood bedroom. The Summer I Met Jack is her fourth novel.

Michelle Gable’s new novel, The Summer I Met Jack, is based on a real story. In 1950, a young, beautiful Polish refugee arrives in Hyannisport, Massachusetts to work as a maid for one of the wealthiest families in America. Alicia is at once dazzled by the large and charismatic family,

in particular the oldest son, a rising politician named Jack.

Alicia and Jack are soon engaged, but his domineering father forbids the marriage. And so, Alicia trades Hyannisport for Hollywood, and eventually Rome. She dates famous actors and athletes and royalty, including Gary Cooper, Kirk Douglas, and Katharine Hepburn, all the while staying

close with Jack. A decade after they meet, on the eve of Jack’s inauguration as the thirty-fifth President of the United States, the two must confront what they mean to each other. 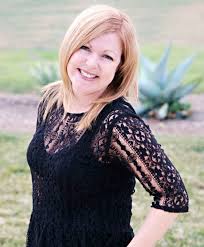 Liz Fenton is the author (along with best friend Lisa Steinke) of the suspense novel, The Good Widow, published by Lake Union. The dynamic duo have also published three women’s fiction novels with Simon & Schuster/Atria Books. Your Perfect Life is a hilarious and heartwarming story of two childhood best friends who switch bodies at their twenty-year high school reunion. The Status of All Things is a cautionary tale of a woman who realizes she can change the course of her entire life by what she writes in her Facebook status. And The Year We Turned Forty follows three women who get the chance to relive the year they turned forty, a year they each made decisions that altered the course of their lives.
Their newest novel, Girls’ Night Out, is a heart-stopping thriller. For estranged friends Ashley, Natalie, and Lauren, it’s time to heal the old wounds between them. Where better to repair those severed ties than on a girls’ getaway to the beautiful paradise of Tulum, Mexico? But even after they’re reunited, no one is being

completely honest about the past or the secrets they’re hiding. When Ashley disappears on their girls’ night out, Natalie and Lauren have to try to piece together their hazy memories to figure out what could have happened to her, while also reconciling their feelings of guilt over their last moments together.Was Ashley with the man she’d met only days before? Did she pack up and leave? Was she kidnapped? Or worse—could Natalie or Lauren have snapped under the weight of her own lies?As the clock ticks, hour by hour, Natalie and Lauren’s search rushes headlong into growing suspicion and dread. Maybe their secrets run deeper and more dangerous than one of them is willing—or too afraid—to admit. 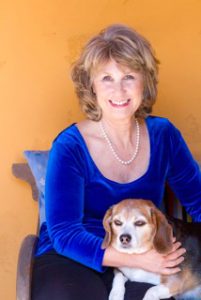 Jill G. Hall is inspired to write about nature’s awe, love gone good and bad as well as life’s ironies. Released by She Writes Press in October 2015, her debut novel, The Black Velvet Coat, is an International Book Award Finalist for Best New Fiction and Amazon #1 Bestseller. Her next historical novel will be released June 2018. August 2016 she was named Author of the Month by Friends of the San Diego Central Library. Her poems and personal narratives have appeared in a variety of publications including A Year in Ink, San Diego Poetry Annual, The Avocet, and Wild Women, Wild Voices. On her blog CreaLivity she shares personal musings about the art of practicing a creative lifestyle.

In her upcoming novel, The Silver Shoes, San Francisco artist Anne McFarland has been distracted by a cross-country romance with sexy Sergio and has veered from her creative path. While visiting him in New York, she buys a pair of rhinestone shoes in an antique shop that spark her imagination and lead her on a quest to learn more about the shoes’ original owner.

Almost ninety years earlier, Clair Deveraux, a sheltered 1929 New York debutante, tries to reside within the bounds of polite society and please her father. But when she meets Winnie, a carefree Macy’s shop girl, Clair is lured into the steamy side of Manhattan—a place filled with speakeasies, flappers, and the beat of “that devil music”—and her true desires explode wide open. Secrets and lies heap up until her father loses everything in the stock market crash and Clair becomes entangled in the burlesque world in an effort to save her family and herself.

Ultimately, both Anne and Clair—two very different women living in very different eras—attain true fulfillment . . . with some help from their silver shoes. 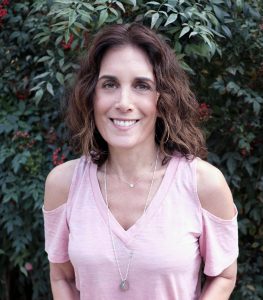 Janna King is a screenwriter, director, and author who has developed projects for Disney Junior and National Geographic Kids, as well as multiple Hallmark movies, for which she has won multiple awards, including Best Cinematography Award at the Women’s Independent Film Festival in 2014. The Seasonaires is her thrilling and sophisticated debut novel that is already being developed as a TV series. There is more than meets the eye in the “perfect” life of a seasonaire as one Nantucket summer spirals dangerously out of control for six young, attractive, twenty-somethings. The book will appeal to fans of titles such as The Devil Wears Prada.

Her debut novel, The Seasonaires, is now out. For a twenty-something, there is no summer job better than being a seasonaire. No responsibilities, college is barely a thought, and you’re surrounded by glamorous, beautiful people. Intoxicating and seemingly carefree, what could possibly go wrong?  An idyllic Nantucket summer begins like a dream for scrappy Mia from South Boston, Presley, a gorgeous Southern beauty queen, Cole, a handsome introvert, Jade, the sultry daughter of a model and music mogul, J.P., an energetic young

designer, and Grant, a playful party-boy.  These six are working as seasonaires – influential brand ambassadors – for the clothing line Lyndon Wyld. But like all things that look too good to be true, the darkness lurking underneath slowly rises to the surface. Lyndon Wyld, the chic tigress who owns the eponymous business, rules their daily life by curating their every move, which the seasonaires are obligated to post on social media for their growing throngs of followers. Corporate greed, professional rivalries, and personal conflicts mix with sex, drugs, and the naiveté of youth, exploding in a murder that sullies their catalog-perfect lives. The Seasonaires is a fresh and stylish debut that perfectly captures today’s zeitgeist, promising to thrill until the very last page.