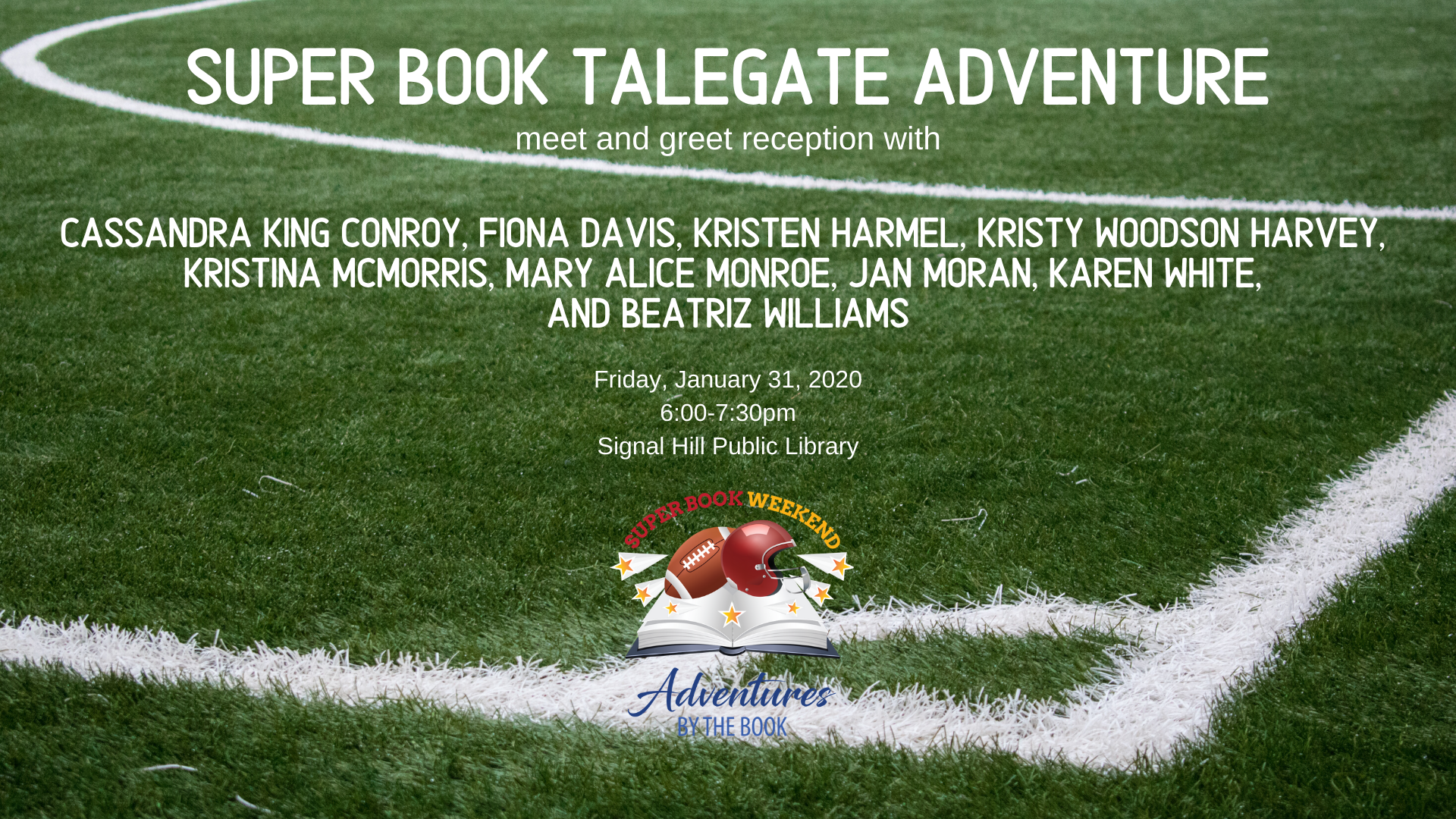 In partnership with the Signal Hill Community Foundation, we are delighted to invite you to a fun Super Book TaleGate Adventure. Here’s your opportunity to meet some of our Super Book authors up close and personal prior to the Saturday event, in an informal meet and greet reception at the beautiful new Signal Hill Library near Long Beach, California.

While enjoying a glass of wine or beer and light bites, get to know bestselling and perennial book club favorite authors Cassandra King Conroy, Fiona Davis, Kristin Harmel, Kristy Woodson Harvey, Kristina McMorris, Mary Alice Monroe, Jan Moran, Karen White, Beatriz Williams, and who knows which others authors may pop in to surprise us! And more great news: if you have purchased a ticket to our Super Book Adventure on Saturday aboard the Queen Mary, you will receive a substantial discount on your ticket purchase below!

Your Adventure includes a glass of wine or beer, light bites, an informal author presentation, book signing, photo ops, and the opportunity to engage in meaningful and intimate conversation with multiple bestselling authors. Only books preordered below (for delivery at the event), or purchased at the event are eligible for signing.

Special thanks to Magic Time Literary Publicity for their generous support of the Super Book weekend activities. Magic Time provides passionate literary support to award-winning and bestselling authors around the country. 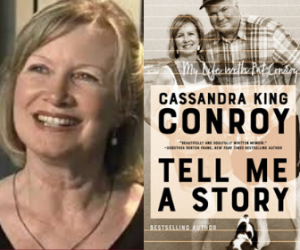 Cassandra King Conroy is a best-selling novelist whose fiction has won the hearts of readers everywhere, especially in the American South. As an award-winning author of five novels, a book of nonfiction, numerous short stories, magazine articles, and essays, she has taught creative writing on the college level, conducted corporate writing seminars, and worked as a human interest reporter.
Often told in first person, her novels portray strong and memorable characters who struggle with the same timely issues and dilemmas that readers face in their own lives.
In her new book, My Life With Pat Conroy, Cassandra turns to memoir as she considers her life and the man she shared it with, paying tribute to her husband, the legendary Pat Conroy, as well as other renowned figures of modern Southern literature. 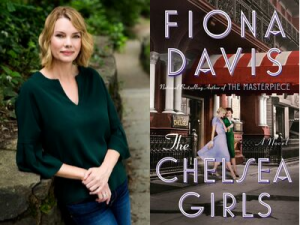 Fiona Davis is the nationally bestselling author of The Dollhouse, The Address, The Masterpiece, and Chelsea Girls. Fiona began her career in New York City as an actress, where she worked on Broadway, off-Broadway, and in regional theater.

After getting a master’s degree at Columbia Journalism School, she fell in love with writing, leapfrogging from editor to freelance journalist before finally settling down as an author of historical fiction. Fiona’s books have been translated into more than a dozen languages. She’s a graduate of the College of William & Mary and is based in New York City. 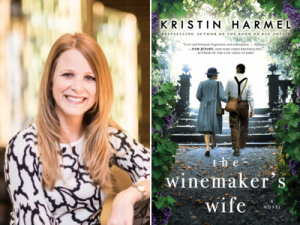 Kristin Harmel is a #1 international bestselling novelist whose books have been translated into numerous languages and are sold all over the world. A former reporter for PEOPLE magazine, Kristin has also freelanced for many other publications, including American Baby, Men’s Health, Glamour, Woman’s Day, Travel + Leisure, and more.

Her latest novel, The Winemaker’s Wife, a World War II tale of love, family, and betrayal set in the rolling vineyards of Champagne, France, is out now from Gallery Books/Simon & Schuster.

Her previous novels, The Room on Rue Amelie, The Sweetness of Forgetting, The Life Intended, and When We Meet Again–all international bestsellers–are also available wherever books are sold. 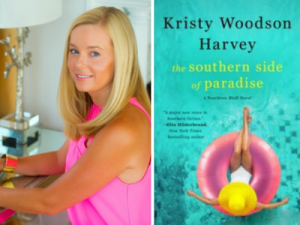 Kristy Woodson Harvey is the international bestselling author of Dear Carolina, Lies and Other Acts of Love, Slightly South of Simple, and The Secret to Southern Charm. She is the winner of multiple awards and was a finalist for the Southern Book Prize. In addition, her work has been optioned for film. She blogs with her mom Beth Woodson on Design Chic about how creating a beautiful home can be the catalyst for creating a beautiful life.

In her new book, The Southern Side of Paradise, a secret threatens the tight-knit bond between a trio of sisters and their mother. Told with her signature charm, wit, and heart, it is another masterful novel that proves Kristy is a “Southern writer with staying power” (Booklist). 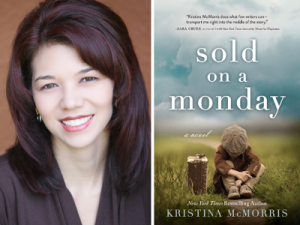 At age nine, she began creatively expressing herself when she embarked on a five-year stint as the host of an Emmy® and Ollie award-winning kids’ television program.Later, as the owner of a wedding/event planning company, she served as the six-year host of the WB’s weekly program Weddings Portland Style.

Inspired by an actual newspaper photograph that stunned the nation, her newest book, Sold on a Monday is a powerful novel of love, redemption, and the unexpected paths that bring us home. 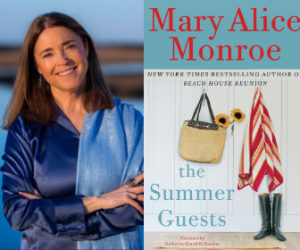 New York Times bestselling author Mary Alice Monroe found her true calling in environmental fiction when she moved to coastal South Carolina. Already a successful author, she was captivated by the beauty and fragility of her new home. Her experiences living in the midst of a habitat that was quickly changing gave her a strong and important focus for her novels.

Mary Alice Monroe writes richly textured books that delve into the complexities of interpersonal relationships and the parallels between the land and life. Monroe’s novel The Beach House was adapted into a Hallmark Channel Hall of Fame Movie, starring three-time Golden Globe nominee Andie MacDowell.

Her new book, The Summer Guest, is a heartwarming and evocative novel about the bonds and new beginnings that are born from natural disasters and how, even during the worst of circumstances-or perhaps because of them-you discover what is most important in life. 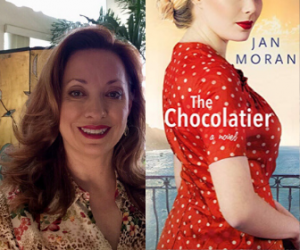 Jan Moran is an Amazon All-Star Author and Rizzoli Bestselling author of 20th-century historical novels and heartfelt contemporary series. The Chocolatier, The Winemakers, and Scent of Triumph are stylish historical novels published in more than a dozen languages, while her Summer Beach: Seabreeze Inn is a beloved beach read series.

Booklist says she is a “compelling voice to follow,” and Library Journal adds that “readers will devour” her novels. Jan earned her MBA from Harvard Business School. Before
devoting herself to writing, she invented a technology for beauty retailers that Sephora acquired. She lives in SoCal and loves to travel. 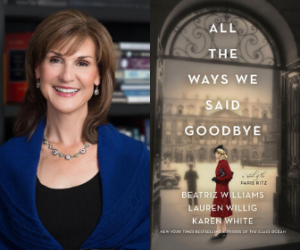 Karen White is the New York Times bestselling author of more than twenty novels, including the Tradd Street series, Dreams of Falling, The Night the Lights Went Out, Flight Patterns, The Sound of Glass, A Long Time Gone, and The Time Between.

She is the coauthor of The Glass Ocean and The Forgotten Room with New York Times bestselling authors Beatriz Williams and Lauren Willig. She grew up in London but now lives with her husband near Atlanta, Georgia. 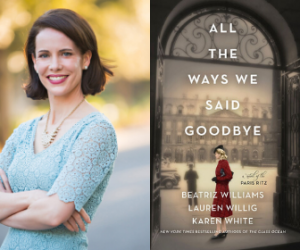 Beatriz Williams is the New York Times, USA Today, and internationally bestselling author of The Golden Hour, The Summer Wives, The Secret Life of Violet Grant, A Hundred Summers, and several other works of historical fiction, as well as the screenwriter for the television adaptation of The Summer Wives, currently in development with John Wells Productions.

A graduate of Stanford University with an MBA in Finance from Columbia University, Beatriz worked as a communications and corporate strategy consultant in New York and London before she turned her attention to writing novels that combine her passion for history with an obsessive devotion to voice and characterization. Beatriz’s books have won numerous awards, have been translated into more than a dozen languages, and appear regularly in bestseller lists around the world. 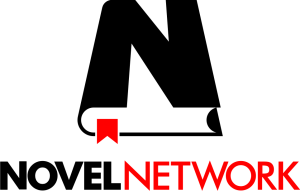 know that both Kristy and Kristina are NovelNetwork authors, available to meet with book clubs via video chat or in person if the authors’ schedules and geography align.

To schedule a visit with Kristy or Kristina or any of our authors, join for free here.