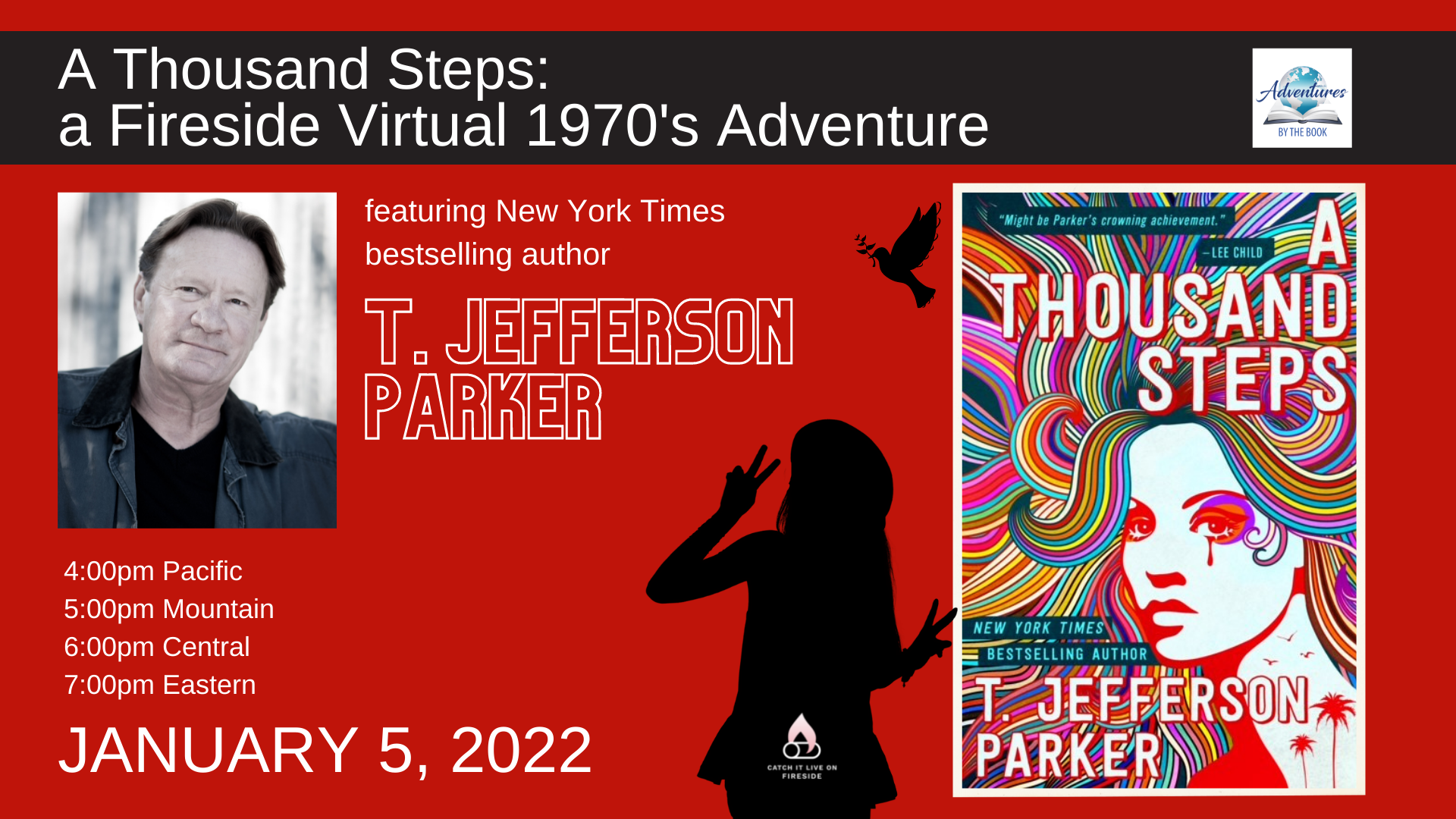 Step back in time with us into the Age of Aquarius, where peace, love, and enlightenment, as well as hippies, drugs, and war defined an era.  Our Thousand Steps 1970’s Virtual Adventure features New York Times bestselling and three-time Edgar award-winning author T. Jefferson Parker in an exciting pre-launch event on the new storytelling platform Fireside, where you can converse live on our virtual stage with Jeff about his beguiling thriller and coming-of-age novel, A Thousand Steps.

Your Adventure includes a hardcover copy of A Thousand Steps, tax, shipping within the U.S. and Canada, a live Fireside chat with T. Jefferson Parker, and Q&A. 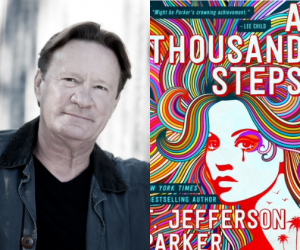 T. Jefferson Parker is the bestselling author of 23 crime novels, including Edgar Award-winners Silent Joe and California Girl. Jeff was born in L.A. and grew up in Southern California. He studied English at UC Irvine and worked as a newspaper reporter for five years while writing his first book, Laguna Heat, on evenings and weekends. HBO made Laguna Heat into one of its first original television movies in 1987.

Although the “T” is part of his legal name it does not stand for a name. It is a decorative initial put there by his parents, who once told him they thought T. Jefferson Parker would look good on the White House door. Parker lives in north San Diego County, and enjoys fishing, hiking, and just about anything outdoors.

His latest novel, A Thousand Steps, is set in Laguna Beach, California, in 1968. The Age of Aquarius is in full swing. Timothy Leary is a rock star. LSD is God. Folks from all over are flocking to Laguna, seeking peace, love, and enlightenment. Matt Antony is just trying to get by. Matt is sixteen, broke, and never sure where his next meal is coming from. Mom’s a stoner, his deadbeat dad is a no-show, his brother’s fighting in Nam . . . and his big sister Jazz has just gone missing. The cops figure she’s just another runaway hippie chick, enjoying a summer of love, but Matt doesn’t believe it. Not after another missing girl turns up dead on the beach.

All Matt really wants to do is get his driver’s license and ask out the girl he’s been crushing on since fourth grade, yet it’s up to him to find his sister. But in a town where the cops don’t trust the hippies and the hippies don’t trust the cops, uncovering what’s really happened to Jazz is going to force him to grow up fast. If it’s not already too late…