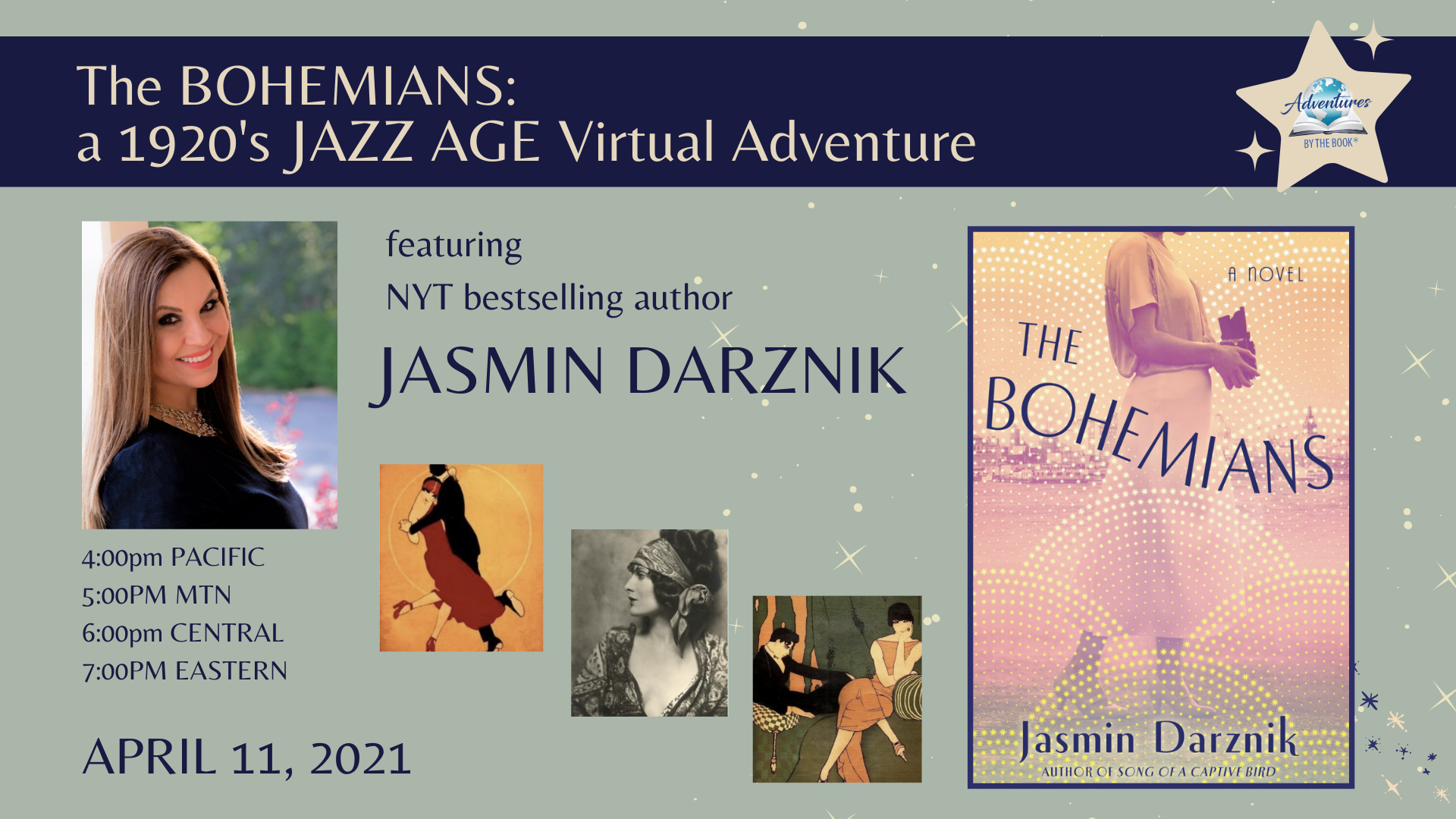 Dig out your vintage clothing and travel back with New York Times bestselling author Jasmin Darznik to glittering and gritty 1920s San Francisco, as she discusses her new book, The Bohemians. Meet iconic photographer Dorothea Lange at a time when she wasn’t yet an icon, but rather a young woman finding her way forward through life, along with a cast of unforgettable characters like Mabel Dodge Luhan, Frida Kahlo, Ansel Adams, and D.H. Lawrence.

Your Adventure includes an autographed hardcover book, interactive book discussion (via Zoom), Q&A, powerpoint presentation by the author, and a special added bonus (available only to our Adventurers) to be shared with you during the event! 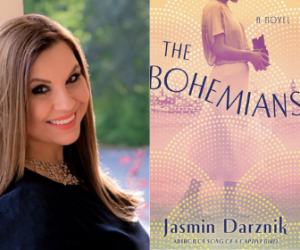 Jasmin Darznik is the New York Times) bestselling author of The Bohemians, a novel that imagines the friendship between photographer Dorothea Lange and her Chinese American assistant in 1920s San Francisco. Her debut novel, Song of a Captive Bird, was a New York Times Book Review “Editors’ Choice” book and a Los Angeles Times bestseller. Darznik is also the author of The Good Daughter: A Memoir of My Mother’s Hidden Life. Her books have been published in seventeen countries and her essays have appeared in the New York Times, Washington Post, and Los Angeles Times, among others.

Darznik was born in Iran and came to America when she was five years old. She holds an MFA in fiction from Bennington College, a J.D. from the University of California, and a Ph.D. in English from Princeton University. Now a professor of English and creative writing at California College of the Arts, she lives in the San Francisco Bay Area with her family.

The Bohemians features a young and bright-eyed Dorothea Lange as she arrives in San Francisco in 1918, where a disaster kick-starts a new life. Her friendship with Caroline Lee, a vivacious, straight-talking Chinese American with a complicated past, gives Dorothea entrée into Monkey Block, an artists’ colony and the bohemian heart of the city. Dazzled by Caroline and her friends, Dorothea is catapulted into a heady new world of freedom, art, and politics. She also finds herself unexpectedly falling in love with the brilliant but troubled painter Maynard Dixon. Dorothea and Caroline eventually create a flourishing portrait studio, but a devastating betrayal pushes their friendship to the breaking point and alters the course of their lives.

The Bohemians captures a glittering and gritty 1920s San Francisco, with a cast of unforgettable characters, including cameos from such legendary figures as Mabel Dodge Luhan, Frida Kahlo, Ansel Adams, and D.H. Lawrence. A vivid and absorbing portrait of the past, it is also eerily resonant with contemporary themes, as anti-immigration sentiment, corrupt politicians, and a devastating pandemic bring tumult to the city—and the gift of friendship and the possibility of self-invention persist against the ferocious pull of history.

As Dorothea sheds her innocence, her purpose is awakened and she grows into the artist who would create pictures—like her iconic Depression-era photograph, Migrant Mother—that would break the hearts and open the eyes of a nation.