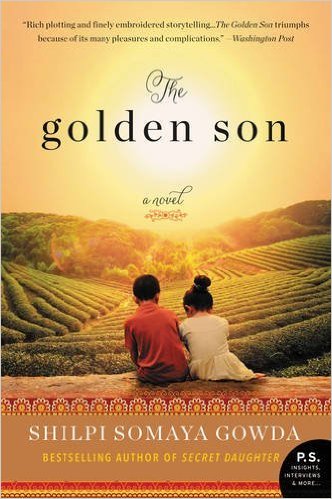 Adventures by the Book™ is pleased to partner with the Carlsbad City Library for a Free Library Adventure with bestselling author, Shilpi Somaya Gowda.

Join us we delve into Shilpi’s latest novel, The Golden Son, an unforgettable story of family, responsibility, love, honor, tradition, and identity, in which two childhood friends—a young doctor and a newly married bride—must balance the expectations of their culture and their families with the desires of their own hearts.

As a child of immigrant parents, Shilpi has a deeply personal perspective of what it is like to be from a family whose choices were often rooted in the traditions of India. Drawing from personal experience and extensive research, Shilpi will enlighten the audience on how she was inspired to write this stunning novel. Shilpi’s research ranged from delving further into the Indian customs she had heard of but did not fully understand to visiting hospitals across the country to imagine the career of her main character. Don’t miss this opportunity to meet this incredible author and get your hands on a signed copy of The Golden Son.

This free Adventure includes a book discussion, Q&A, book signing, and the opportunity to meet the author up close and personal. 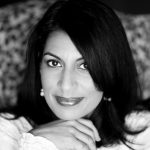 Shilpi Somaya Gowda was born and raised in Toronto, Canada. In college, she spent a summer as a volunteer in an Indian orphanage, which seeded the idea for her first novel, Secret Daughter, published in 2010. It became an international bestseller, selling well over a million copies worldwide in over 30 languages and countries. Her second novel, The Golden Son, was published in 2015-2016 around the world. Shilpi holds an MBA from Stanford University, and a Bachelor’s Degree in Economics from the University of North Carolina at Chapel Hill, where she was a Morehead-Cain scholar. She has served on the Advisory Board of the Children’s Defense Fund, and is a Patron of Childhaven International, the organization for which she volunteered in India. She lives in California with her husband and children.

The Golden Son: Anil is the cherished son of a large family in rural India. As the eldest boy, he is expected to inherit the role of leader of his clan and arbiter of its disputes, dispensing wisdom and good advice. Leena is his closest companion, a fiercely brave girl who loves nothing more than the wild terrain they inhabit and her close-knit family. As childhood friends, they are inseparable until their paths diverge.Anil is the first person in his family to leave India, the first to attend college, the first to become a doctor, half a world away in Dallas, Texas. At home, Leena dreams of marriage, and leaves her beloved home to join her new husband’s family in a distant village.When they rekindle their friendship as adults, it is complicated by a fateful decision made years earlier. As the two old friends discover each other again, they must also weigh the choice between responsibility and freedom, and between loyalty and love.