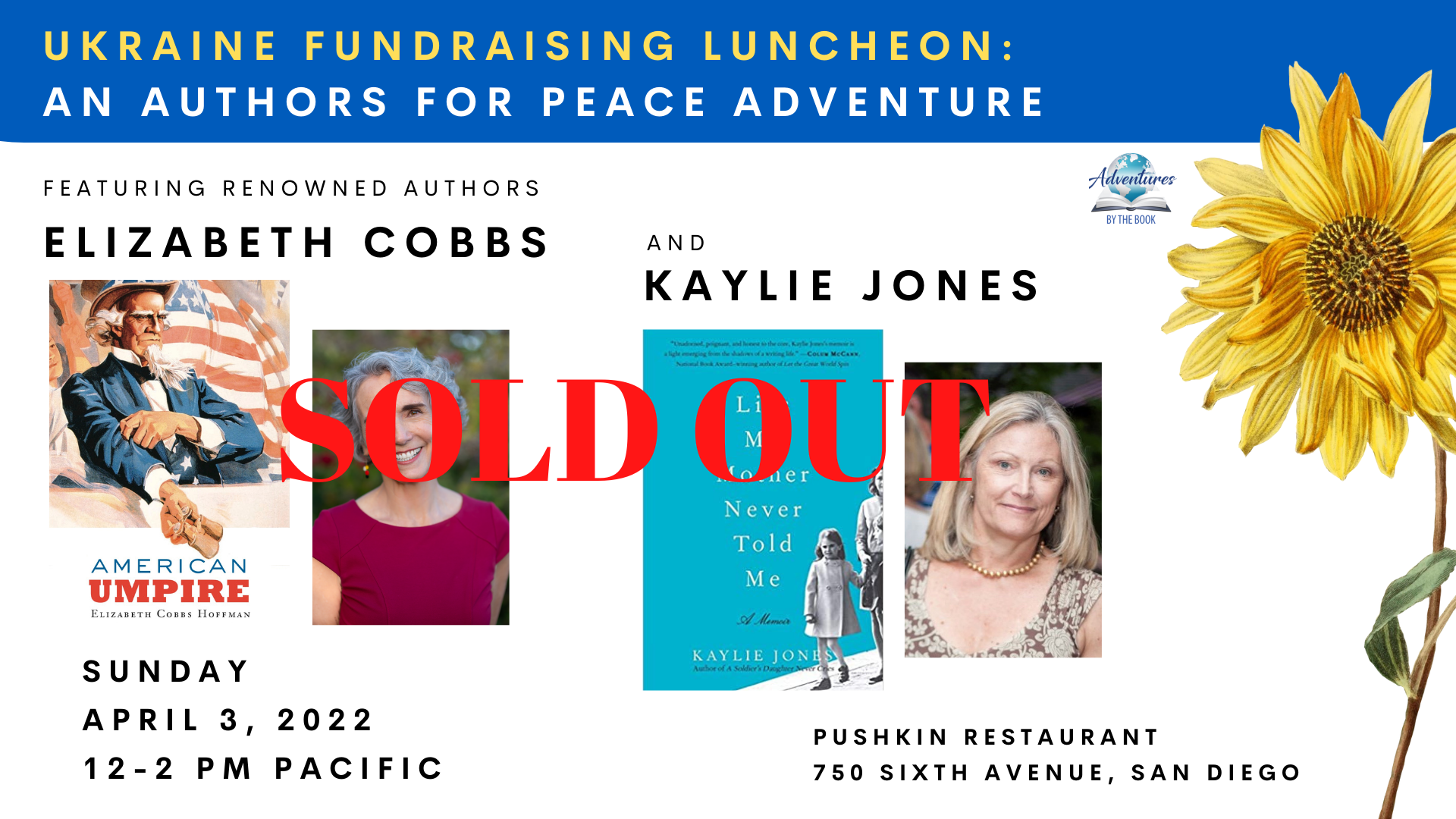 THIS EVENT IS SOLD OUT!

Adventures by the Book was founded eleven years ago with the goal of connecting people and communities, one book at a time. In a world that is often divided and disconnected, this is our way of bringing people together in unique, interesting, and adventurous ways through the power and magic of books.

So when we recently heard disturbing news that Pushkin Restaurant (where we previously held a sold out dinner Adventure with New York Times bestselling author Martha Hall Kelly) has been the target of mean spirited and hateful attacks that have caused them much distress and loss of business (having already suffered from the economic effects of Covid), how could we turn our backs on these lovely people who are so passionate about books that they named their restaurant after the famous Russian author, Alexander Pushkin.

We hope you will join us for this special fundraising Adventure where our goals are to (1) show our solidarity and support of this fabulous restaurant, (2) raise much needed funds for Pushkin’s Ukrainian based staff and other Ukrainian families in need, and (3) unite in our support for Ukraine. As you indulge in an authentic feast prepared by their Ukrainian head chef, hear from two award winning authors, Kaylie Jones and Elizabeth Cobbs, who will share their insightful and brilliant thoughts on the situation in Ukraine.

Your event includes a deliciously authentic multi-course luncheon created by Pushkin’s Ukrainian head chef, and served by their Ukrainian staff, from appetizers, to entrees, to desserts, all served family style to allow you a taste of many traditional dishes. Cost includes the luncheon feast, tax, and a soft beverage, but DOES NOT include gratuity, and we have a good reason for that!

We kindly ask you to bring cash for tipping, so that you can donate as much or as little as you are able. There will be two tip jars available, one of which will be divided amongst the Ukrainian staff to send home to their families, and one of which will provide donations to the International Rescue Committee (IRC) for emergency supplies of food and medical care to refugee families. Donate your tips to one or to both and let’s show Ukraine that we Adventurers by the Book are indeed changing the world, one book at a time!

Can’t attend the event, but want to help? Click on one of the donation options below and we will make sure to add your generous donation to support the Ukrainian people.

NOTE: Adventures by the Book is volunteering our services for this event. All proceeds from the event will be divided between the Ukrainian staff at Pushkin and the IRC. 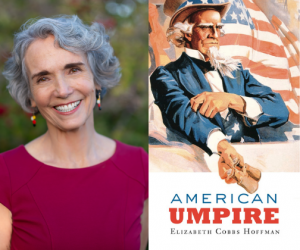 Elizabeth Cobbs is an award-winning historian who brings fresh, unexpected perspectives to our understanding of the past and present. Building upon worldwide research and extraordinary life experiences, Elizabeth writes bestselling fiction and non-fiction that is both scholarly and witty. Her path-breaking books, articles, and documentary films reveal a world that is as intriguing and surprising as it is real.

Elizabeth earned her Ph.D. in American history at Stanford University. She now holds the Melbern Glasscock Chair at Texas A&M University. Her books have won four literary prizes, two for American history and two for fiction, and she has won four prizes for documentary filmmaking. Elizabeth has been a Fulbright scholar in Ireland and a Fellow at the Woodrow Wilson International Center for Scholars in Washington, D.C. She has served on the Historical Advisory Committee of the U.S. State Department and on the jury for the Pulitzer Prize in History.

Her book, American Umpire, offers a powerful new framework for reassessing the country’s role over the past 250 years. Amid urgent questions about future choices, this book asks who, if not the United States, might enforce these new rules of world order?

Commentators frequently call the United States an empire: occasionally a benign empire, sometimes an empire in denial, and often a destructive empire. Elizabeth Cobbs asserts instead that, because of its unusual federal structure, America has performed the role of umpire since 1776, compelling adherence to rules that gradually earned collective approval. 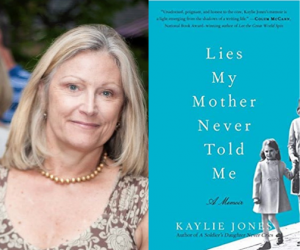 Kaylie Jones is the author of seven critically-acclaimed and award-winning books, including a memoir, Lies My Mother Never Told Me, and her most recent novel, The Anger Meridian. Her novel, A Soldier’s Daughter Never Cries, was adapted as a Merchant Ivory film in 1998. Kaylie studied Russian language and literature for many years and spent a total of seven months at the Pushkin Institute in Moscow, during the summer of 1984 and winter/spring of 1987.

Kaylie has been teaching for more than twenty-five years, and is a faculty member in the Stony Brook Southampton MFA in Creative Writing & Literature program and in Wilkes University’s MFA in Creative Writing program. She is the author of Speak Now and the editor of Long Island Noir. Her newest endeavor is her publishing imprint with Akashic Books, Kaylie Jones Books.

In her riveting memoir, Lies My Mother Never Told Me, Kaylie—the daughter of author James Jones (From Here to Eternity) and an acclaimed author in her own right—tells the poignant story of her relationship with her famous father and her alcoholic mother, and of her own struggles with the disease. A true story of privilege, loss, self-discovery, and redemption, Lies My Mother Never Told Me is Jones’s unforgettable account of a not-quite-fairy-tale childhood and adulthood defined by two constants: literature and alcohol.

Pushkin Russian Restaurant proudly bears the name of the great Russian author Alexander Pushkin (1799 – 1837) – the poet, playwright, and prose writer who is credited with establishing modern Russian literature through his reinvention of classical Russian poetry. Since our opening in October 2015, we have focused on bringing out the authenticity and deep history of cuisines from all across the former Soviet nations, which had a tremendous impact on dishes that are popular in Russia today.

Offering classic Russian/Ukranian cuisine with French and modern touch, the main idea for their dishes comes from classic recipes but is modernized in a new and unique way.