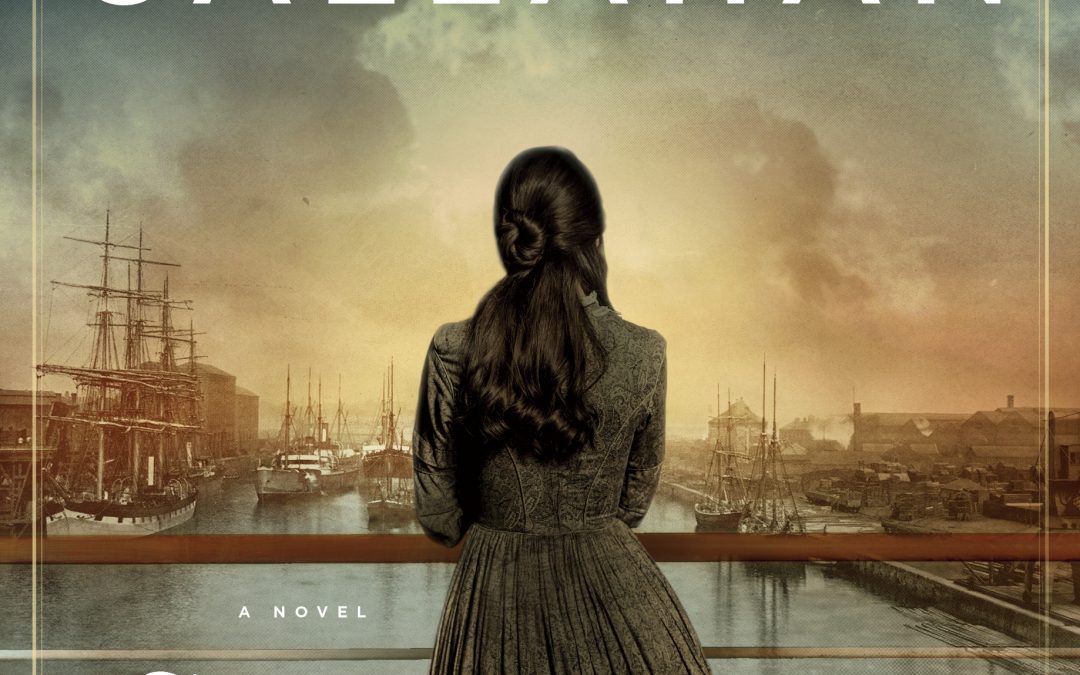 New York Times bestselling author Patti Callahan is back, with a breathtaking new novel based on true events. Surviving Savannah, on sale March 9, 2021, is inspired by the true and forgotten story of the sinking of the “Titanic of the South” #survivingsavannah #patticallahan Pre-order it here: https://bit.ly/3i9VQ4Y Visit Patti online: https://www.patticallahanhenry.com/surviving-savannah

New York Times bestselling author Patti Callahan delivers a breathtaking novel based on true events.
It was called “The Titanic of the South”—the luxury steamship that sank in 1838 with Savannah’s elite on board. Through time, their fates were forgotten—until the wreck was found.

Now their story is finally being told.

When Savannah history professor Everly Winthrop is asked to guest-curate a new museum collection focusing on artifacts recovered from the steamship Pulaski, she’s shocked. The ship sank after a boiler explosion in 1838, and the wreckage was just discovered, 180 years later. Everly can’t resist the opportunity to try to solve some of the mysteries and myths surrounding the devastating night of its sinking.

Everly’s research leads her to the astounding history of a family of eleven who boarded the Pulaski together, and the extraordinary stories of two women from this family: a known survivor, Augusta Longstreet, and her niece, Lilly Forsyth, who, along with her child, was never found. The women were part of Savannah society, but when the ship exploded, each was faced with difficult and heartbreaking decisions. This is a moving and powerful exploration of what women will do to endure in the face of tragedy, the role fate plays, and the myriad ways we survive the surviving.

Perfect for fans of Before We Were Yours, Sold on a Monday, and Orphan Train, Callahan’s highly anticipated novel tells the story of a little known chapter of history that has long deserved a spotlight. This transformative tale told from alternating past and present perspectives will sweep readers away and move them to their core.

Q&A with the Author:

What inspired you to write Surviving Savannah?

Originally I was inspired by the Pulaski tales of survival, how the city of Savannah was part of this story, and how the Lowcountry was affected by this tragedy. I was also inspired and curious about the transformation of each passenger and the ways that each survivor not only lived through the explosion, but also how they chose to live their lives after the sinking.

How, I wondered, do some come to live better lives and others turn toward bitterness and cruelty? Who do we become after such great loss?

AND then!, everything shifted because after a hundred and eighty years, along came a shipwreck hunting crew who found the remains of the Pulaski a hundred feet beneath the waves, thirty miles off the coast of Wilmington, North Carolina. While the team went deep to bring up the artifacts and treasure of this beautiful ship, I dug deep to bring up the stories.

My exhilarating hunt for the forgotten story began.

What kind of research was required to write the novel? Did anything surprise you?

The research was as fascinating as it was extensive – from the archives at the Georgia Historical Center in Savannah and the Ships of the Sea Maritime Museum to books, newspaper archives, personal accounts and letters, I read everything that I could get my hands on. I devoured books on steamships and Savannah in the 1800’s. I read about the rich history of the colonization of Savannah with General Oglethorpe. I walked the streets of Savannah and visited museums and artifact collections. I interviewed shipwreck experts and became enchanted with the world of wreck salvaging and treasure hunting.

During this journey, I was surprised over and over, but one surprise that opens the novel is the true narrative about a fifteen-year-old passenger named Charles who survived the sinking to become a slave trader with a horrific reputation. As he grew into a man, he earned the nickname “the Red Devil”. How had this young boy survived to become so cruel? I wanted to know.

Finally, after years of research, I put together a complete story of that calamitous night, and one family in particular.

Your story follows three women – Lily and Augusta on the ship in 1838, and Everly in present day. Which of the three women did you relate to the most and why?

While I was writing each section I always felt the most connected to the woman I was writing about at the moment. I don’t think I felt more for one woman than another but of course our modern-day character, Everly felt more relatable only because I know today’s Savannah and I know today’s southern norms and ideas. The historical narratives were almost two hundred years old, and yet I still felt as close to Lilly and Augusta because their plight and their desires and their inner lives feel familiar. As far as women have come in their roles in society, there is still the struggle for independence and agency. There remains the need to burst through familial and collective norms to build a life of one’s own.

All three women had their own tragedies, hardships and losses to navigate. All three needed to discover how they would make meaning and purpose out of their situation. All three found out what they were truly made of and if they wanted to merely survive or if they wanted to thrive and build new lives.