The Happiest Girl in the World: A Virtual Olympic Adventure 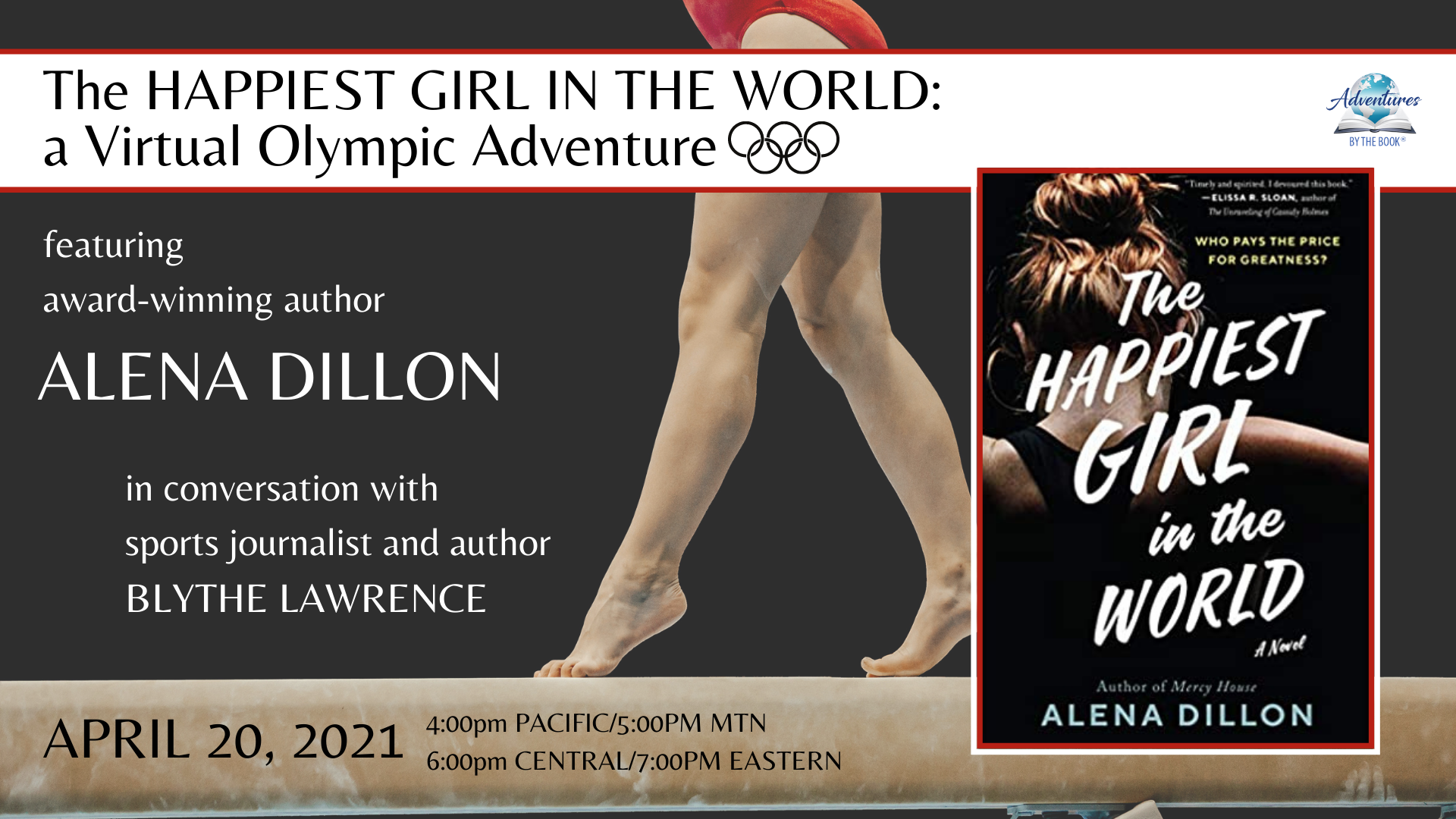 Every four years (or delayed in this case due to COVID), gymnastics fans around the world eagerly anticipate the return of the Summer Olympics to see which of these exceptional athletes will go home with an Olympic medal and which may go down in the agony of defeat. Regardless of outcome, these indefatigable women have worked their entire lives to prepare for this moment, and millions of fans around the world breathlessly await their performances.

Yet how many of us really know what these world-class athletes endure mentally and physically to reach this world stage? Just in time for the 2021 Summer Games in July, we invite you to find out as we feature award-winning author Alena Dillon in conversation with Olympic sports journalist Blythe Lawrence to discuss Alena’s new novel, The Happiest Girl in the World.

Your Adventure includes a paperback copy of The Happiest Girl in the World (with signed bookplate), tax, shipping within the U.S., discussion with Alena and Blythe, Q&A, a brief video presentation of memorable Olympic gymnastic moments, and the chance to virtually meet the authors. 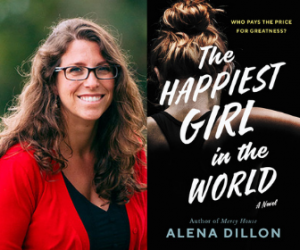 Alena Dillon is is the author of Mercy House, a Library Journal Best Book of 2020, which has been optioned as a television series for CBS All Access produced by Amy Schumer, as well as My Body Is A Big Fat Temple, a memoir of pregnancy and early parenting, forthcoming from Woodhall Press October 2021. Alena’s work has appeared in publications including LitHub, River Teeth, Slice Magazine, The Rumpus, The Doctor TJ Eckleburg Review, and Bustle. She teaches creative writing and lives on the north shore of Boston with her husband, son, and black lab.

Her new novel, The Happiest Girl in the World, explores the dark history behind an athlete who stands on the world stage, biting down on a gold medal. It’s about the sacrifices a parent will make for a child, even as a family is torn apart. It’s about the price of pursuing greatness.

For Sera Wheeler  the Olympics is the reason for everything: it’s why she trains thirty hours a week, starves herself to under 100 pounds,  and pops Advil like Tic Tacs. For her mother, it’s a means to achieve the glory she never had. It’s why she rises before dawn to drive Sera to practice. And why the family scrimps, saves, and fractures. It’s why, when her best friend and fellow elite gymnast reports their doctor to the authority who selects the Olympic Team, Sera denies all that she knows about his treatments.​ 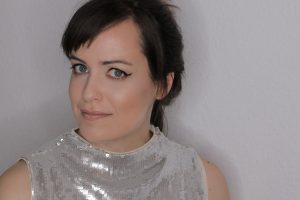 Blythe Lawrence is a Olympic sports journalist and occasional TV sports commentator Blythe Lawrence was the ghostwriter on Aly Raisman’s motivational memoir “Fierce: How Competing For Myself Changed Everything,” which spent several weeks on The New York Times bestseller list and was named one of Entertainment Weekly’s Best YA books of 2017.