Secrets of the Sprakkar: an Exclusive Virtual Adventure with Eliza Reid, the First Lady of Iceland 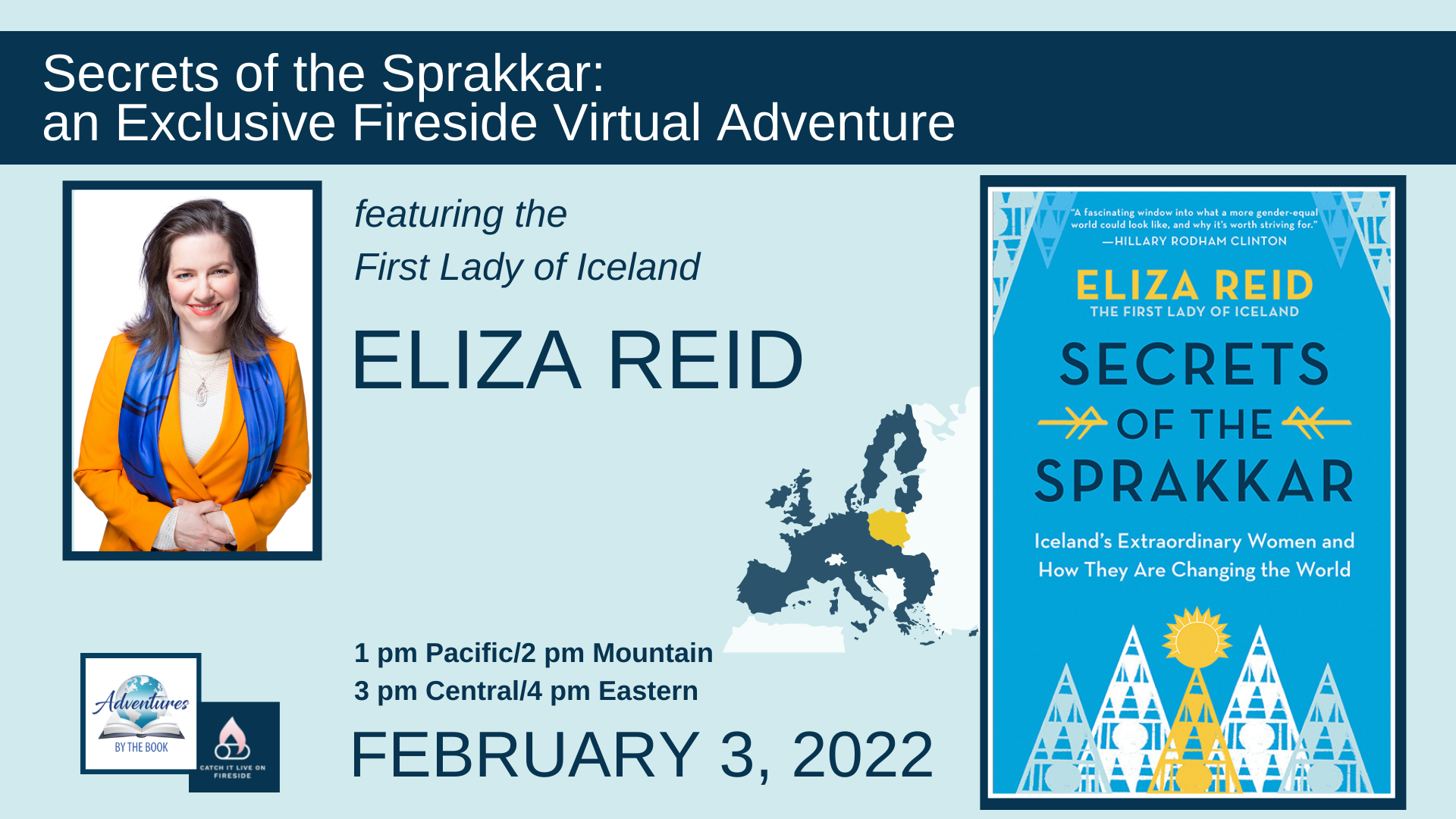 Can you imagine living in a gender-equal world? If so, you may be intrigued by Iceland which, for the past twelve years, has been ranked by the World Economic Forum’s Global Gender Gap Report as number one on its list of countries closing the gap in equality between men and women. What is it about Iceland that makes many women’s experiences there so positive?

Well, Eliza Reid knows a thing or two about that. As First Lady of Iceland, she has delved into what a more gender-equal world would look like, and why it’s worth striving for. In her new book, Secrets of the Sprakkar (“extraordinary women”), she examines her adopted homeland’s attitude toward women—the deep-seated cultural sense of fairness, the influence of current and historical role models, and, crucially, the areas where Iceland still has room for improvement.

We invite you to join us for a very special Adventure, where you can chat live with this extraordinary First Lady of Iceland about her new book, Secrets of the Sprakkar. Grab a glass of wine or hot cocoa, curl up in your favorite chair, and get ready to chat live with Eliza to discuss her book, ask questions, and converse live “on stage.”

Your Adventure includes a hardcover copy of Secrets of the Sprakkar, tax, shipping within the U.S. and Canada, a live Fireside chat with Eliza, Q&A, and the opportunity to experience the pre-launch of Eliza’s fascinating book. 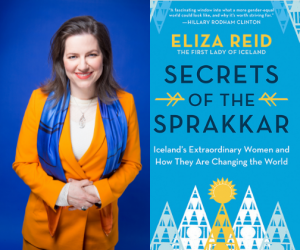 Eliza Reid, the First Lady of Iceland, was born in 1976 in Ottawa, Canada. She moved to Iceland in 2003. Madame Reid holds an Honours Bachelor of Arts degree in international relations from Trinity College, University of Toronto, where she held the position of Head of College in her final year. She holds a Master of Studies degree in modern history from St. Antony’s College, Oxford University. She speaks French and Icelandic.

Madame Reid is  co-founder of the acclaimed Iceland Writers Retreat, an annual event that combines small-group writing workshops with cultural tours to introduce visitors to Iceland’s unique literary heritage. In this capacity, she has been active in helping to promote Icelandic writers and literary heritage abroad, especially in North America.

She also served on the jury of the 2018 BC National Award for Canadian Non-Fiction, one of Canada’s largest literary prizes. She was previously an editor for Icelandair’s in-flight magazine, a staff writer at Iceland Review, and has been published in Monocle, The Globe and Mail, and several other newspapers and magazines. Prior to becoming First Lady, Madame Reid was also a frequent commentator on Icelandic current affairs for foreign media.

In her book, Secrets of the Sprakkar: Iceland’s Extraordinary Women and How They Are Changing the World, Reid charts her personal journey from a Canadian farm to Iceland’s Presidential Residence and along the way proves to be the best possible guide to the historical, geographical and cultural factors that helped women thrive and built a vibrant modern society.

Reid’s own experience as an immigrant from small-town Canada who never expected to become the first lady is expertly interwoven with interviews with dozens of sprakkar (“extraordinary women”) to form the backbone of an illuminating discussion of what it means to move through the world as a woman, and how the rules of society play more of a role in who we view as “equal” than we may understand. Secrets of the Sprakkar is a powerful and atmospheric portrait of a tiny country that could lead the way forward for us all.