The Fab Four of Historical Fiction: A Virtual Adventure 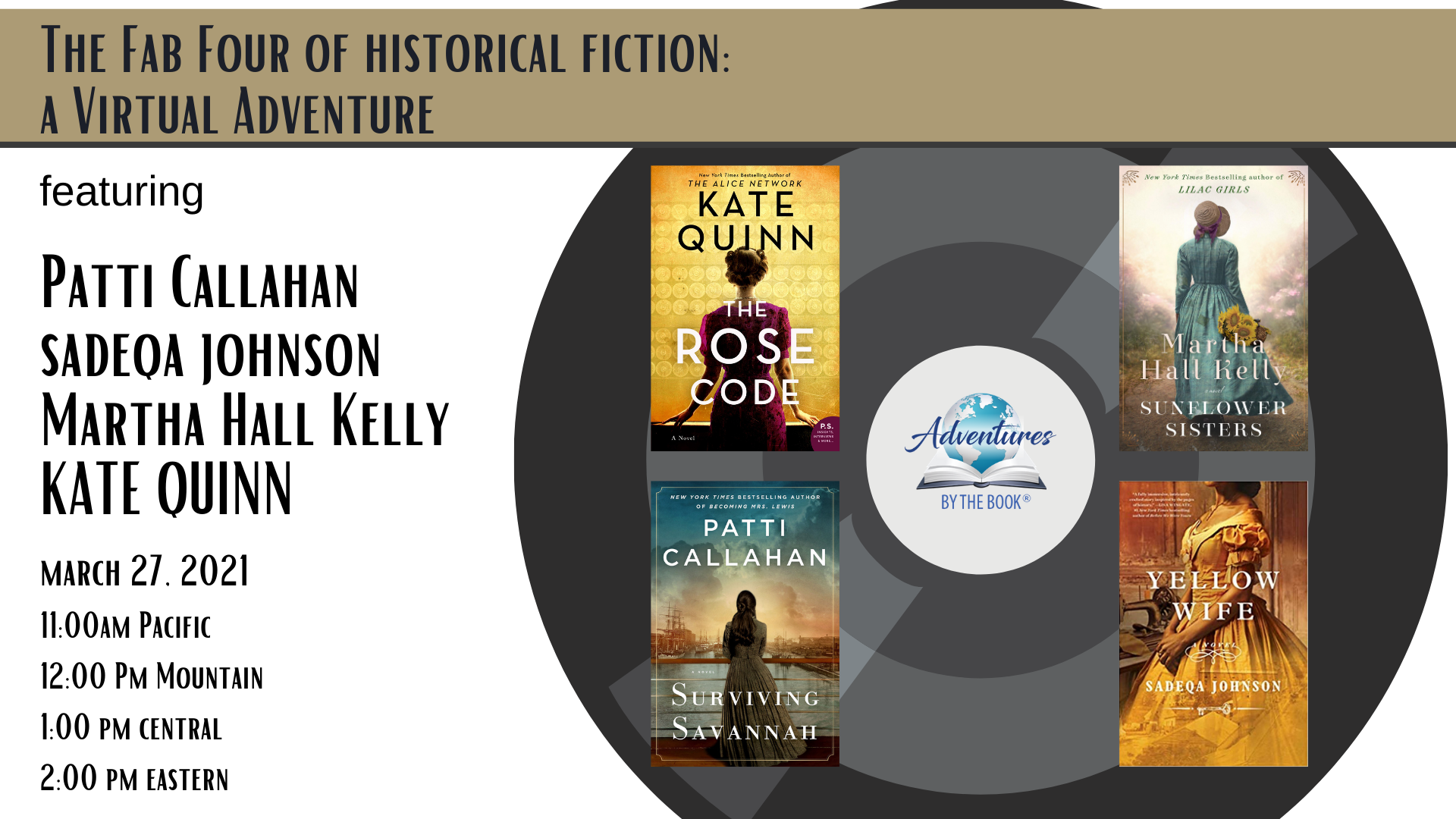 The Beatles may have been the Fab Four of music, but Patti Callahan, Sadeqa Johnson, Martha Hall Kelly, and Kate Quinn are definitely a Fab Four of historical fiction, and we can think of no better way to celebrate International Women’s Month than with these insanely talented female authors who write about insanely courageous female heroes at our upcoming Fab Four of Historical Fiction Adventure.  Join us on Zoom* to “meet” Patti, Sadeqa, Martha, and Kate, as they share the stories behind their new novels.

This Virtual Adventure was designed not only to support creative artists whose book tours and events were cancelled due to COVID-19, but also to provide readers with our signature Adventures by the Book® multi-sensorial experience that brings literature to life in exciting and unique ways. Event admission is included with your purchase of any of the authors’ books, or purchase all four and receive a special bundled discount. Signed bookplates and shipping are included. 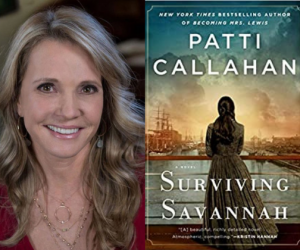 Patti Callahan is a New York Times and USA Today bestselling author of 15 novels, including the historical novel, Becoming Mrs. Lewis, and is the recipient of The Christy Award—A 2019 Winner “Book of the Year.” ; The Harper Lee Distinguished Writer of the Year for 2020 and the Alabama Library Association Book of the Year for 2019. She is also the co-creator and co-host of the weekly web show and podcast Friends and Fiction featuring the five bestselling authors Mary Kay Andrews, Kristy Woodson Harvey, Kristin Harmel, and Mary Alice Monroe.

In her new book, Surviving Savannah, Patti recalls the history of the luxury steamship Pulaski, called the “Titanic of the South,” that sank in 1838 with Savannah’s elite on board. Through time, their fates were forgotten, until the wreck was found, This breathtaking novel is a moving and powerful exploration of what women will do to endure in the face of tragedy, the role fate plays, and the myriad ways we survive the surviving. 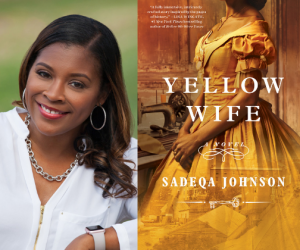 Sadeqa Johnson is an international best-selling author of four novels. As a former public relations manager, she spent several years working with well-known authors such as JK Rowling, Bebe Moore Campbell, Amy Tan and Bishop TD Jakes before becoming an author herself. Her debut novel, Love in a Carry-on Bag, is the recipient of the 2013 Phillis Wheatley award for best fiction, OOSA best book award, and USA best book award for African-American fiction. Second House From the Corner was a Go on Girl! Book club selection for 2017. And Then There Was Me, won the 2018 National Book Club Conference fiction book of the year award, and was a finalist for the Phillis Wheatley award.

Her most recent book, Yellow Wife, a Globe and Mail best-seller and one of O Magazine’s “2021 Most Anticipated Historical Fiction Novels,” tells the harrowing story of Pheby Delores Brown. Born on a plantation in Virginia, she has lived a privileged life. Shielded by her mother’s position as the plantation’s medicine woman, and cherished by the Master’s sister, she is set apart from the others, belonging to neither world. Freedom on her 18th birthday has been promised to her, but instead of the idyllic life she imagined with her true love, Essex Henry, Pheby is forced to leave the only home she has ever known and unexpectedly finds herself thrust into the bowels of slavery at the infamous “Devil’s Half-Acre” jail, where she is exposed to her jailor’s cruelty. To survive, she will have to outwit him but soon faces the ultimate sacrifice.

To schedule a book club visit with Sadeqa or any of our authors on NovelNetwork: 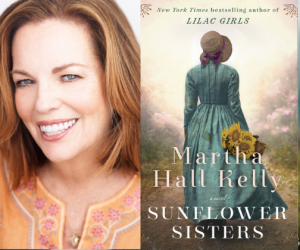 Martha Hall Kelly is the New York Times and international bestselling author of the historical novel Lilac Girls, based on the true story of 72 Polish women who were imprisoned and experimented on at Ravensbruck Concentration Camp and how Caroline Ferriday, an American philanthropist and former actress, brought them to the U.S. for rehabilitation and the trip of a lifetime. Lost Roses, her first prequel, takes place during WWI and tells the story of Caroline’s mother Eliza’s fight to help Russian refugees displaced by the revolution there.

In her second prequel, Sunflower Sisters, a heartbreaking story of love and loss that is remarkably relevant today, Martha tells the story of Ferriday’s ancestor Georgeanna Woolsey, a Union nurse who joins the war effort during the Civil War, and how her calling leads her to cross paths with Jemma, a young enslaved girl who is sold off and conscripted into the army, and Ann-May Wilson, a southern plantation mistress whose husband enlists.continues her tradition of relating stories of desperate immigrants, a world of turmoil, and three strong women who are pushed to the limited, determined to survive. 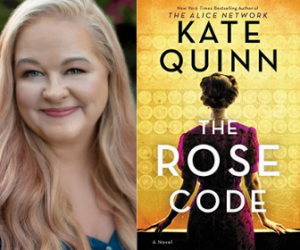 Kate Quinn is the New York Times and international bestselling author of the historical novels The Alice Network and The Huntress. A native of southern California, she attended Boston University where she earned a Bachelor’s and Master’s degree in Classical Voice. She has written four novels in the Empress of Rome Saga, and two books in the Italian Renaissance, before turning to the 20th century. All have been translated into multiple languages. Kate and her husband live in San Diego with three rescue dogs.

In her new book, The Rose Code, Kate returns with another heart-stopping World War II story of three female code breakers at Bletchley Park and the spy they must root out after the war is over. A beautiful blue-blooded debutante, a tart-tongued London shop-girl, and a shy crossword-solving spinster join the war against Nazi Germany as codebreakers of Bletchley Park, only to find that the real puzzle lies inside the Park itself as a traitor sets them against each other in a betrayal reaching past the end of the war.

To schedule a book club visit with Kate or any of our authors on NovelNetwork:

Chat with Authors for Free

Are you in a book club, or do you have a group of friends, colleagues, or other social group who are seeking fabulous authors who are excited and available to meet with you? Then you will be delighted to know that Mamta Chaudhry is just one of the members of our wonderful community of over 125 NovelNetwork® authors, available to meet with book clubs via video chat, and you can even do so via Zoom (for free) from the safety and comfort of your own homes.

To schedule a visit with Sadeqa, Kate, or any of our authors, join for free here.