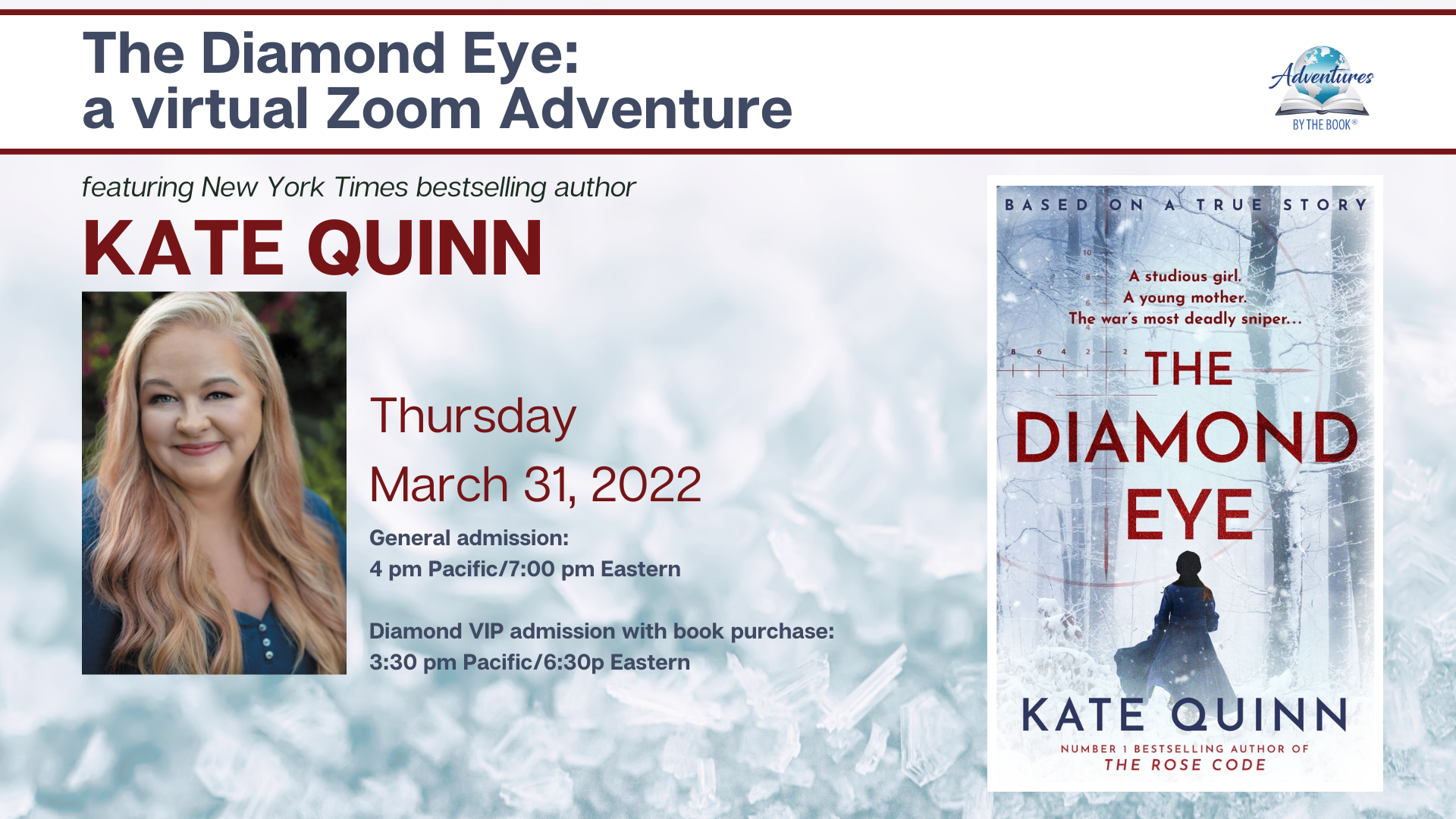 Diamonds may be a girl’s best friend, but New York Times bestselling author Kate Quinn’s protagonist is anything but a girl’s best friend. Join us, in partnership with HarperCollins, as Kate launches her new novel, The Diamond Eye, an unforgettable World War II tale of a quiet bookworm who becomes history’s deadliest female sniper.

Your Adventure includes a moderated author discussion, Q&A, and the opportunity to meet this bestselling author virtually via Zoom! The event is FREE and open to the public.

However, if you are a die-hard Kate Quinn fan (and who isn’t!!), check out the Diamond VIP Event option below, which includes an autographed hardcover copy of The Diamond Eye, tax, and shipping within the US, as well as an extra 30 minutes of Zoom time with the author prior to the event.

*This event will be held virtually via Zoom. Event access is provided via Zoom link provided directly to you via HarperCollins. 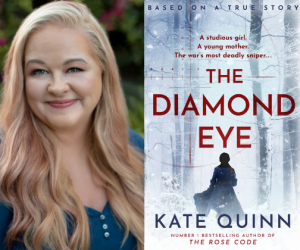 Her latest novel, The Diamond Eye, is an unforgettable World War II tale of a quiet bookworm who becomes history’s deadliest female sniper.

In 1937 in the snowbound city of Kiev (now known as Kyiv), wry and bookish history student Mila Pavlichenko organizes her life around her library job and her young son—but Hitler’s invasion of Ukraine and Russia sends her on a different path. Given a rifle and sent to join the fight, Mila must forge herself from studious girl to deadly sniper—a lethal hunter of Nazis known as Lady Death. When news of her three hundredth kill makes her a national heroine, Mila finds herself torn from the bloody battlefields of the eastern front and sent to America on a goodwill tour.

Based on a true story, The Diamond Eye is a haunting novel of heroism born of desperation, of a mother who became a soldier, of a woman who found her place in the world and changed the course of history forever.