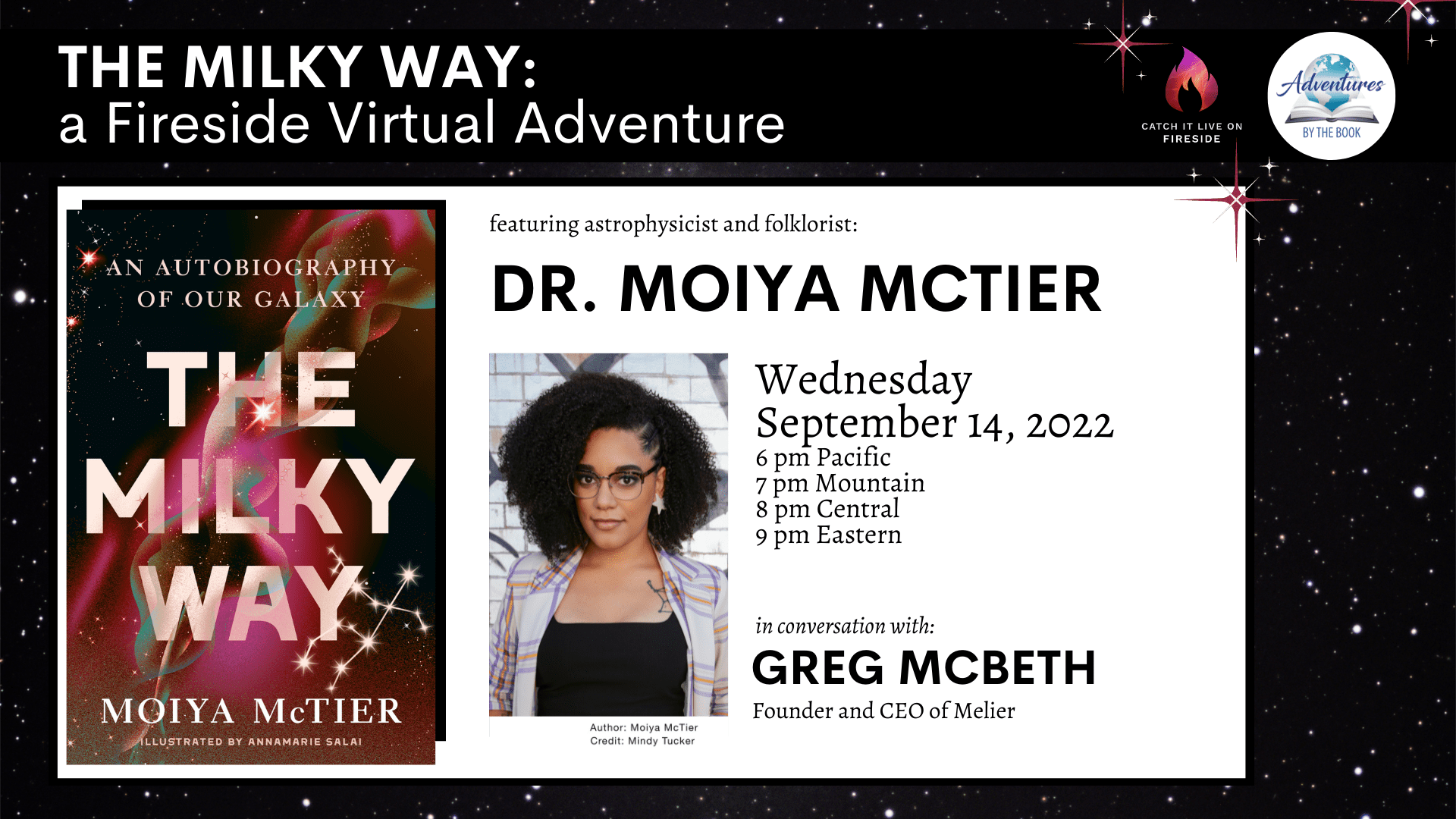 Curious about the history and evolution of our universe, as well as humanity’s understanding of it? It all began some thirteen billion years ago, when clouds of gas scattered through the universe’s primordial plasma could not keep their metaphorical hands off of each other.

Now, after all this time, the fascinating autobiography of our galaxy is ready to reveal itself, with a little help from astrophysicist and folklorist Dr. Moiya McTier, who presents a summary of human astronomical knowledge thus far that is unquestionably out of this world in her new book, The Milky Way: an Autobiography of Our Galaxy.

So grab a glass of out-of-this-world wine (courtesy of the folks at Melier) to pair with a bit of irreverent sass, aloof wisdom, and surprising vulnerability, to enjoy while you chat live with Dr. Moiya McTier, “folklorist to the stars, astrophysicist to the folks,” in conversation with Melier Co-Founder and CEO Greg McBeth, to discuss Dr. McTier’s new book.

To join our virtual event on the exciting new storytelling platform, Fireside, simply purchase a book(s) or register below and we will send you a private VIP link to attend the virtual event. If you have an iPhone or iPad, you can be part of the virtual audience to chat live with Dr. Moiya McTier. With other devices, you can still listen live here to the broadcast.

Your Adventure includes a hardcover copy of The Milky Way: An Autobiography of Our Galaxy, tax, shipping within the U.S., a live Fireside chat with Dr. Moiya McTier in conversation with Greg McBeth, and Q&A. 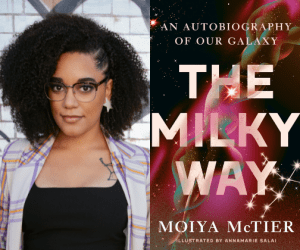 Dr. Moiya McTier is an astrophysicist, folklorist, and science communicator based in New York City. After graduating from Harvard as the first person in the school’s history to study both astronomy and mythology, Moiya earned her PhD in astrophysics at Columbia University where she was selected as a National Science Foundation research fellow. Moiya has consulted with companies like Disney and PBS on their fictional worlds, helped design exhibits for the New York Hall of Science, and given hundreds of talks about science around the globe (including features on MSNBC, NPR, and NowThis News).

To combine her unique set of expertise, Moiya hosts and produces the Exolore podcast that explores fictional world-building through the lens of science. When she’s not researching space or imagining new worlds, Moiya can likely be found watching trashy reality tv with her cat, Kosmo.

In her fascinating book, The Milky Way: An Autobiography of Our Galaxy, Dr. Moiya McTier details what humans have discovered about everything from its formation to its eventual death, and what more there is to learn about this galaxy we call home.

After a few billion years of bearing witness to life on Earth, of watching one hundred billion humans go about their day-to-day lives, of feeling unbelievably lonely, and of hearing its own story told by others, The Milky Way would like a chance to speak for itself. All one hundred billion stars and fifty undecillion tons of gas of it.

It all began some thirteen billion years ago, when clouds of gas scattered through the universe’s primordial plasma just could not keep their metaphorical hands off each other. They succumbed to their gravitational attraction, and the galaxy we know as the Milky Way was born. Since then, the galaxy has watched as dark energy pushed away its first friends, as humans mythologized its name and purpose, and as galactic archaeologists have worked to determine its true age (rude). The Milky Way has absorbed supermassive (an actual technical term) black holes, made enemies of a few galactic neighbors, and mourned the deaths of countless stars. Our home galaxy has even fallen in love.

After all this time, the Milky Way finally feels that it’s amassed enough experience for the juicy tell-all we’ve all been waiting for. This fascinating autobiography recounts the history and future of the universe in accessible but scientific detail, presenting a summary of human astronomical knowledge thus far that is unquestionably out of this world. 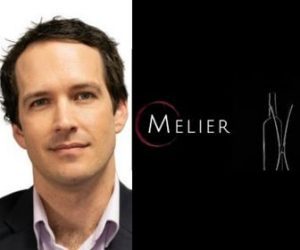 Greg McBeth is the co-founder and CEO of Melier, an innovative company that creates amazing wine tasting experiences to help companies strengthen relationships between their teams and their clients. Get or gift a Melier membership today so their experts can assist you with finding outstanding wines from top boutique wineries in California’s wine country that you may never have heard about.

Prior to starting Melier, Greg founded and led G2M, a startup advisory firm that guided early-stage startups from initial fundraising through $10M+ in revenue. Clients included Bisnow, Stackwatch, and HubbleIQ.

Before G2M, he was Founding VP of Revenue at Node.io, where Greg led sales, marketing, and business development from initial go-to-market through their acquisition by SugarCRM in 2020.

Greg began his career as a professional poker player in Las Vegas, where he built a training & optimization program that generated $100/hr in profit. He graduated from Stanford in 2004 with a BS in Mechanical Engineering, and has had a lifelong love of astronomy and astrophysics.

We are thrilled to announce that Adventures by the Book hosts a literary series on Fireside which includes book discussions, author talks, book clubs, special presentations, and much more. During the course of WWII, President Franklin Delano Roosevelt instituted a series of “fireside chats” on the radio, as a way to regularly communicate self-assurance and calm during times of despair and uncertainty in our country.