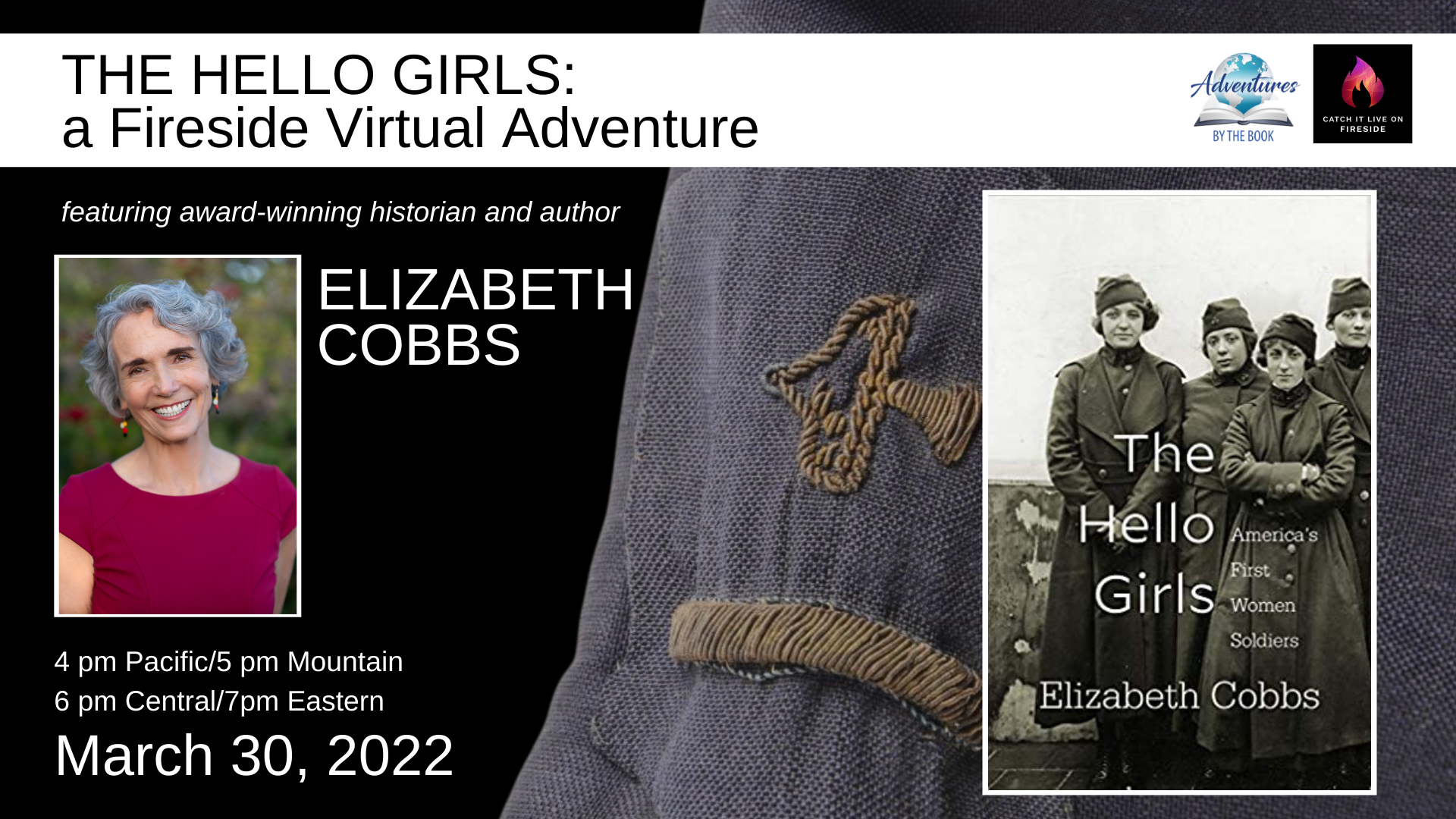 Just in time to commemorate the centennial of WWI, award-winning historian and author Elizabeth Cobbs, Ph.D., has written The Hello Girls, the defining account of the first women to serve in the U.S. Army Signal Corps. So grab a glass of wine or hot cocoa, curl up in your favorite chair, and get ready to chat live with Elizabeth to discuss her book, ask questions, and converse live “on stage.”

To join our virtual event on the exciting new storytelling platform, Fireside, simply purchase a book or register below and we will send you a private VIP link to attend the virtual event. If you have an iPhone or iPad, you can be part of the virtual audience to chat live with Elizabeth. With other devices, you can still listen live to the broadcast.

Your Adventure includes a paperback copy of The Hello Girls, tax, shipping within the U.S., a live Fireside chat with Elizabeth, and Q&A. 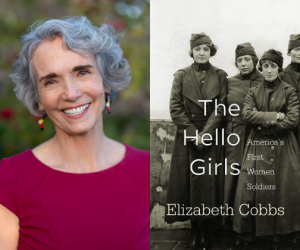 Award-winning historian Elizabeth Cobbs brings fresh, unexpected perspectives to our understanding of the past and present. Building upon worldwide research and extraordinary life experiences, Elizabeth writes best-selling fiction and non-fiction that is both scholarly and witty. Her path-breaking books, articles, and documentary films reveal a world that is as intriguing and surprising as it is real.

Elizabeth earned her Ph.D. in American history at Stanford University. She now holds the Melbern Glasscock Chair at Texas A&M University. Her books have won four literary prizes, two for American history and two for fiction, and she has won four prizes for documentary filmmaking. Elizabeth has been a Fulbright scholar in Ireland and a Fellow at the Woodrow Wilson International Center for Scholars in Washington, D.C. She has served on the Historical Advisory Committee of the U.S. State Department and on the jury for the Pulitzer Prize in History.

Her book, The Hello Girls, tells the untold story of how America’s first women soldiers helped win World War I, earned the vote and fought the US Army.

In 1918, the U.S. Army Signal Corps sent 223 women to France at General Pershing’s explicit request. They were masters of the latest technology: the telephone switchboard. While suffragettes picketed the White House and President Wilson struggled to persuade a segregationist Congress to give women of all races the vote, these courageous young women swore the army oath and settled into their new roles. Elizabeth Cobbs reveals the challenges they faced in a war zone where male soldiers wooed, mocked, and ultimately celebrated them.

The army discharged the last Hello Girls in 1920, the year Congress ratified the Nineteenth Amendment. When they sailed home, they were unexpectedly dismissed without veterans’ benefits and began a sixty-year battle that a handful of survivors carried to triumph in 1979.