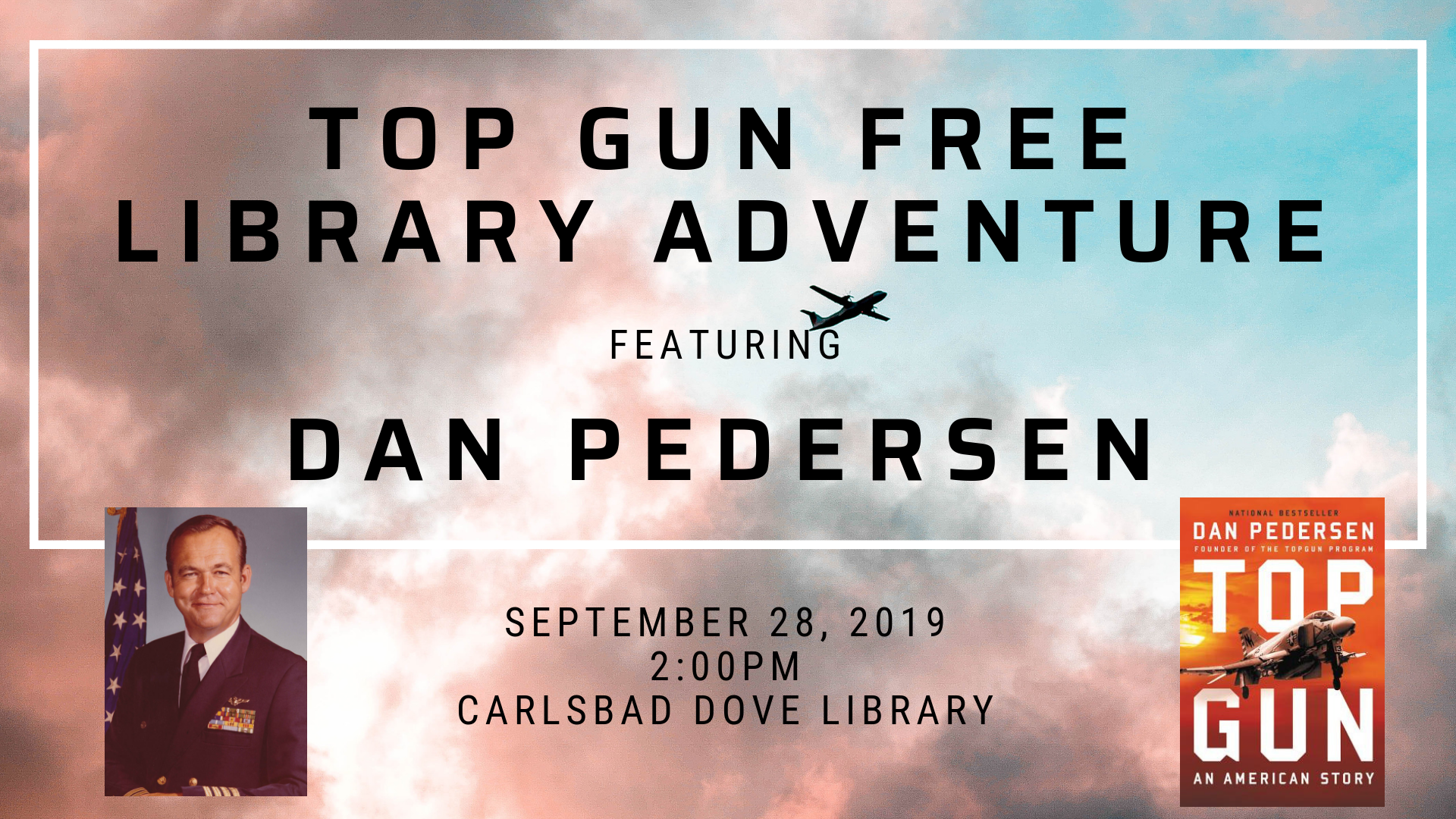 Only a year away from the sequel and 33 years after the release of the original movie, here is your chance to get an in depth look into the story that serves as the inspiration behind the iconic movie, “Top Gun!” Adventures by the Book™ is pleased to partner with the Carlsbad City Library for a Top Gun Free Library Adventure with founder of the “Top Gun” Navy Fighter School and accomplished author Dan Pedersen.

Join us and learn about how when American fighter jets were being downed at an unprecedented rate during the Vietnam War, the U.S. Navy turned to a young lieutenant commander, Dan Pedersen, to figure out a way to reverse their dark fortune. Dan will take us on a colorful and thrilling ride — from Miramar to Area 51 to the decks of aircraft carriers in war and peace-through a historic moment in air warfare. He helped establish a legacy that was built by him and his “Original Eight” — the best of the best — and carried on for six decades by some of America’s greatest leaders.

This free Adventure includes a book discussion with Dan, Q&A, book signing, and the opportunity to meet the authors up close and personal. 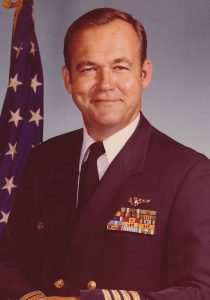 Dan Pedersen entered the U.S. Navy in 1953. He was the senior officer in the group of nine men who formed the Navy’s legendary “Topgun” program at Naval Air Station Miramar in March 1969. He served in combat during the Vietnam War, with a flying cruise on USS Hancock (CVA-19) and three on USS Enterprise (CVN-65). He retired as a captain, having accumulated 6,100 flight hours and 1,005 carrier landings while flying 39 types of aircraft. He lives with his wife outside San Diego.

Event is free and open to the public (on a first-come, first-served basis); registration is not necessary. Books will be available for purchase and signing at the event, and pre-sold below. Only books purchased at the event or below will be eligible for signing. Questions about the event may be directed to the Carlsbad City Library at 760-602-2049.