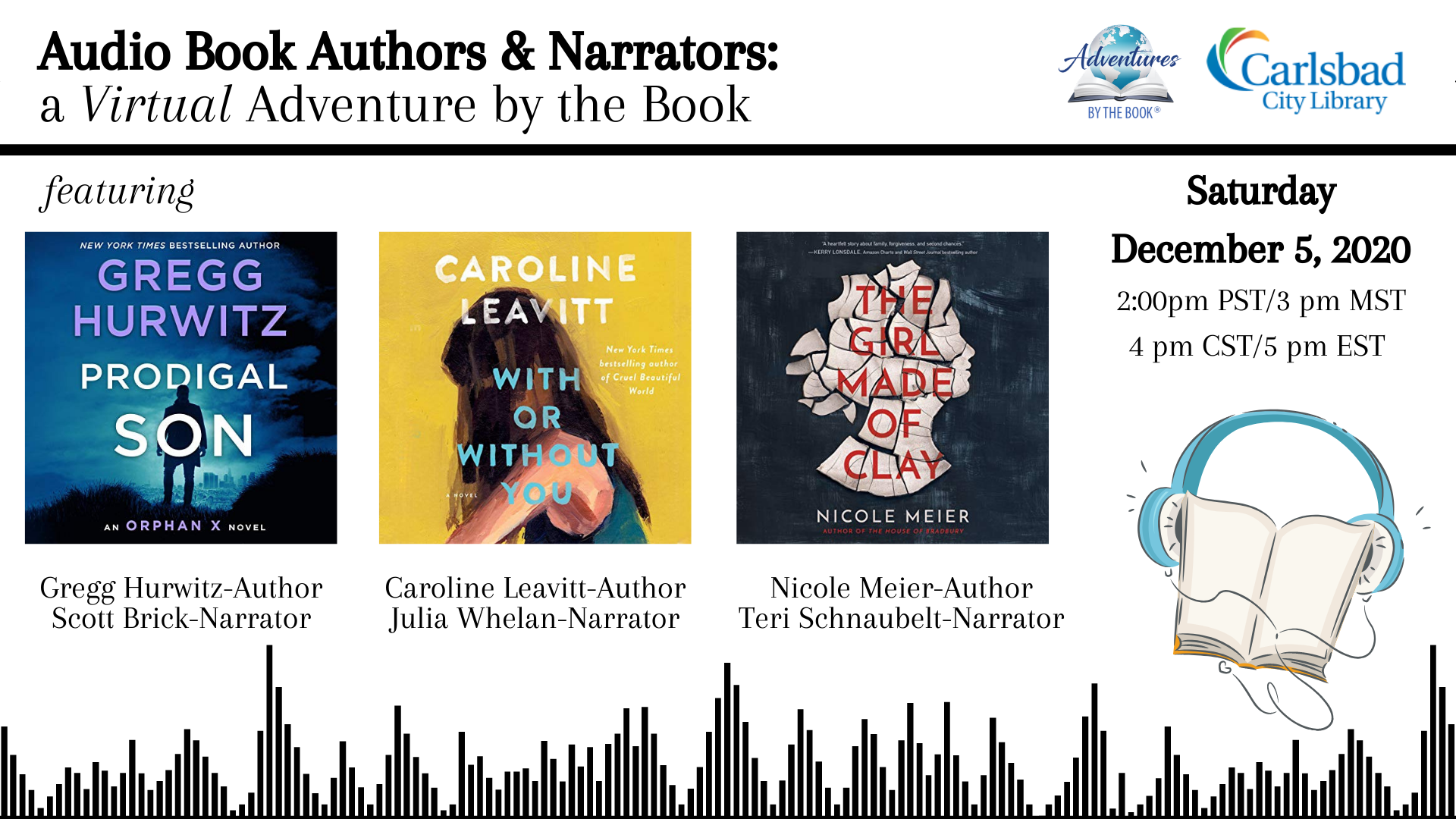 Have you ever listened to an audio book and were curious about the person behind the voice? Have you ever wondered about the relationship between an author and their audio book narrator? Are you interested to know more about how an author and narrator are matched up? Well, you don’t have to imagine any longer, because we are about to spill the secrets at our first ever Audio Book Authors & Narrators Virtual Adventure!

Join us at this free event, where we will bring you three talented authors, their engaging audio book narrators, maybe a fun giveaway, and all you have to do is show up (and why not invite your book club friends and fellow readers to join in as well) to learn about great new reads to add to your to be read list).

While this event is free, your purchase of a book(s) below, in either audio or print form (to be shipped to you within the U.S.) provides much-needed support to these authors whose book tours and events have been cancelled due to COVID-19.

Your Adventure includes a book discussion with the three authors and their respective audio book narrators, Q&A, giveaway, and the opportunity to meet the authors via Zoom. Books may be ordered below for shipping within the U.S. and will include a signed bookplate. See below for registration information.

About the Authors and Narrators 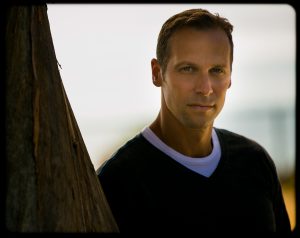 Gregg Hurwitz is the New York Times #1 internationally bestselling author of 22 thrillers including the ORPHAN X series. His novels have won numerous literary awards and have been published in 32 languages. Additionally, he’s written screenplays and television scripts for many of the major studios and networks, comics for DC and Marvel, and political and culture pieces for The Wall Street Journal, The Guardian, and others. Gregg lives with his three Rhodesian ridgebacks in Los Angeles, where he continues to play soccer, frequently injuring himself. 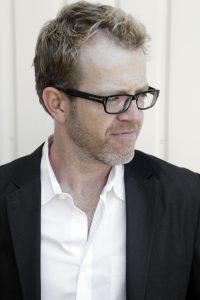 In Prodigal Son, the next New York Times bestselling Orphan X book from Gregg Hurwitz (available January 26, 2021), Evan Smoak gets an urgent request for help from someone he didn’t even suspect existed. As a boy, Evan was pulled out of a foster home and trained in an off-the-books operation known as the Orphan Program. He was a government assassin, perhaps the best, known to a few insiders as Orphan X. He eventually broke with the Program and adopted a new name―The Nowhere Man―and a new mission, helping the most desperate in their times of trouble. But the highest power in the country has made him a tempting offer―in exchange for an unofficial pardon, he must stop his clandestine activities as The Nowhere Man. Now Evan has to do the one thing he’s least equipped to do―live a normal life. But then he gets a call for help from the one person he never expected. A woman claiming to have given him up for adoption, a woman he never knew―his mother.

Scott Brick is an actor, writer and award-winning audiobook narrator who certainly knows how to tell a story, in a way that keeps publishers, best-selling and award-winning authors, critics and the public at large begging for more.  Hailed by Audible in 2012 as their most prolific narrator, Brick has narrated almost 900 audiobooks including titles such as: Jurassic Park, the Jack Reacher series, Alexander Hamilton, the Hunt For Red October, The Passage trilogy, In Cold Blood, the Bourne trilogy, Atlas Shrugged, Helter Skelter, Fahrenheit 451 and the Dune series. 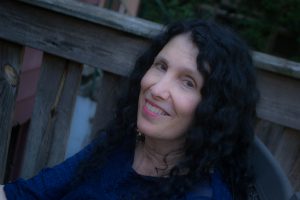 Caroline Leavitt is the New York Times and USA Today bestselling author of Cruel Beautiful World, Is This Tomorrow, Pictures of You, Girls In Trouble, Coming Back To Me, Living Other Lives, Into Thin Air, Family, Jealousies, Lifelines, and Meeting Rozzy Halfway. Various titles were optioned for film, translated into different languages, and condensed in magazines. Caroline has appeared on The Today Show, Diane Rehm, German and Canadian TV, and more, and she has been featured on The View From The Bay. She lives in Hoboken, New Jersey, New York City’s unofficial sixth borough, with her husband, the writer Jeff Tamarkin, and has an acting student son, Max.

In her most recent book, With or Without You, named a Good Morning America book pick, a Popsugar Incredible Book, one of AARP’s Best Books, and numerous other best picks and accolades, is an unapologetically honest and intimately written contemporary story of what happens to relationships as the people in them change, whether slowly or in one cataclysmic swoop. 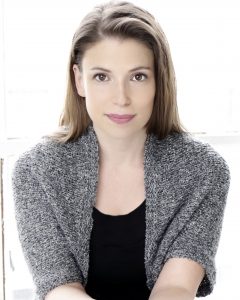 Julia Whelan is an actor, writer, and narrator of over 400 audiobooks, including Gone Girl, The Giver of Stars, and The Great Alone. Recently named one of Audiofile Magazine’s Golden Voices, she has won numerous other awards, including Audible’s Narrator of the Year, the 2019 Best Female Narrator Audie for Tara Westover’s Educated, and a Society of Voice Arts award for her performance of her own internationally bestselling novel, My Oxford Year, which is currently in development as a film. She is also a Grammy-nominated audiobook director and a certified tea sommelier.

To schedule a book club visit with Caroline or any of our authors on NovelNetwork:

Nicole Meier is a native Southern Californian who pulled up roots and moved to the Pacific Northwest, where she lives with her husband, three children, and one very nosey Aussiedoodle. Her debut novel, The House of Bradbury, was chosen as a Best Book of 2016 by Refinery29. Her second book, The Girl Made of Clay, was named a Top Book according to Bookbub readers. Her newest novel, The Second Chance Supper Club, is out now. 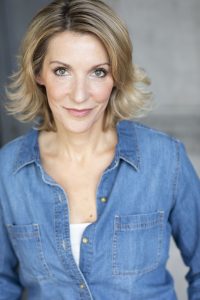 Her featured book, The Girl Made of Clay, is an emotional exploration of the frayed bond between a father and daughter…and what it takes to mend it. After Sara’s father, famous sculptor Thomas “TR” Harlow, is badly injured in a fire, she’s suddenly forced to care for a man who is more of a stranger than a parent. Once known as his muse, Sara long ago lost her father to his desire to live the celebrity life. Now TR’s abrasive and unpredictable presence in her home is reopening old wounds—and causing the rift in her already-strained marriage to deepen.

Teri Schnaubelt is a Chicago-based stage, on-camera, and voice actor as well as oil painter and photographer. She has voiced over 100 books for New York Times and USA Today bestselling authors, in addition to helping independent authors get their stories heard.actress and award-winning audio book narrator.

To schedule a book club visit with Nicole or any of our authors on NovelNetwork:

Are you in a book club, library reading group, or is your group of friends, colleagues, family members seeking fabulous authors who are excited and available to meet with you? Then you will be delighted to know that Caroline Leavitt and Nicole Meier are members of our wonderful community of over 125 NovelNetwork authors available to meet with small groups via video chat.

To schedule a visit with Caroline, Nicole or any of our authors, join FOR FREE  here.

This event is free and open to the public; however, registration is necessary through the Carlsbad Library (register here) to receive your Zoom invite. While the event is free, your purchase of a book(s) below offers support to these authors whose book tours and events have been cancelled due to COVID. Book prices below include shipping within the U.S. and will include signed bookplates.

Please note that you have the special opportunity to pre-purchase Gregg’s next book, available on January 26, 2021. To purchase copies of any of the authors’ other books, contact us.